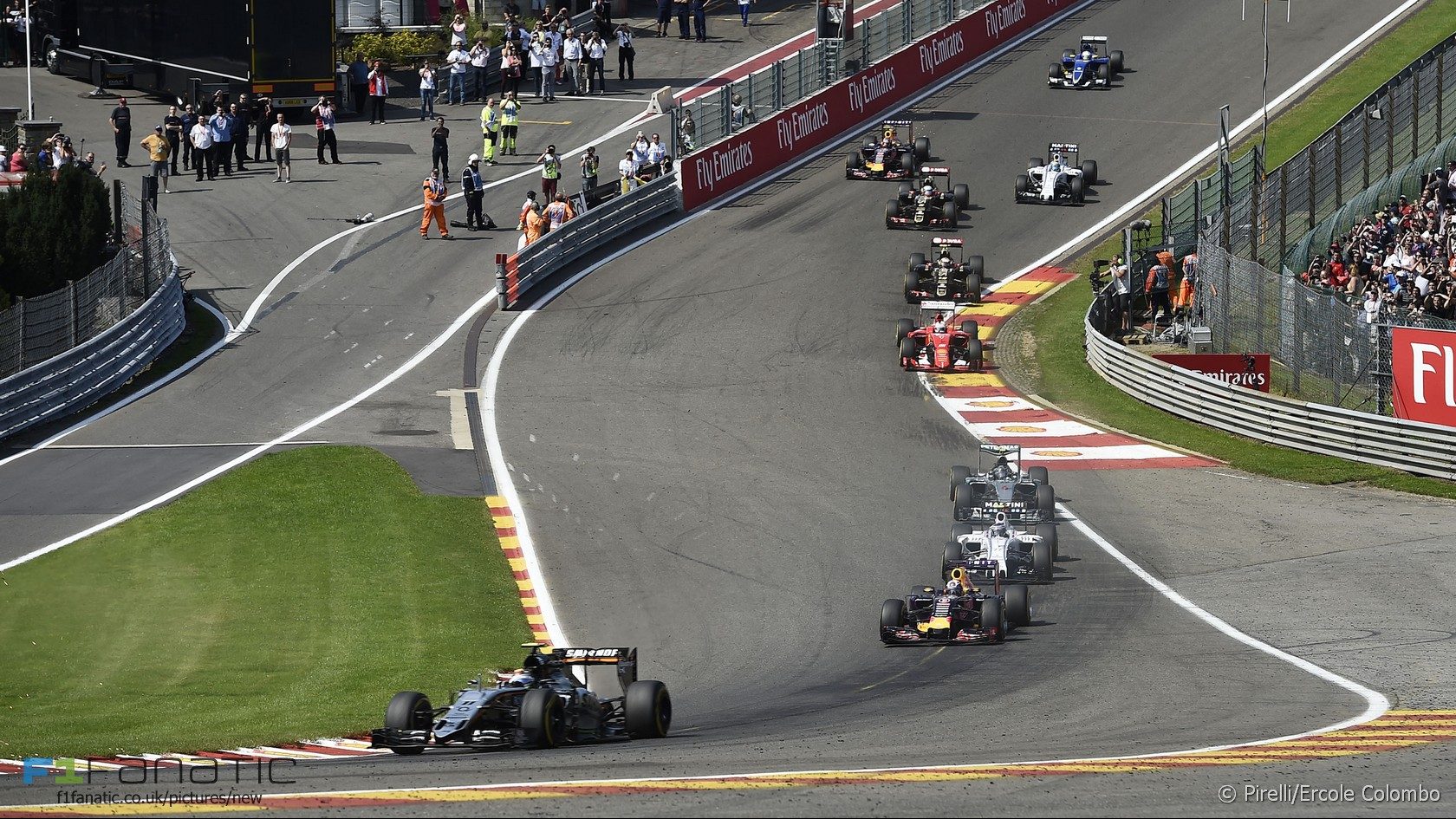 Formula One returns to action this weekend at one of the greatest circuits in the world and with an exciting new talent among the 22-strong field.

The Mercedes duo have dominated the championship so far, winning every race except the Spanish Grand Prix where they crashed into each other. Spa is already the scene of one tangle between the two – when Nico Rosberg punctured Lewis Hamilton’s tyre two years ago.

The prospects of a repeat may be reduced if Hamilton indeed takes his widely-expected engine change penalty this weekend. If he does, Rosberg will be the strong favourite to take his first victory at Spa-Francorchamps.

Williams have faced problems this year with upgrades not achieving the potential they are expected to achieve. This development struggle has put them in the clutches of Force India in the constructors championship battle. Williams have already shifted their focus to next year’s new regulations.

Spa’s long straights have suited them in recent years. But Felipe Massa needs to raise his game having contributed little to the team’s points tally of late.

The departure of technical director James Allison before the summer break is a blow to their efforts to fend off the Red Bulls. His replacement, Mattia Binotto, has been moved across from managing the successful engine department but he faces a tough challenge to balance efforts to salvage this year’s campaign and steal a march on development for the new rule set from 2017.

Sebastian Vettel recently confirmed that although the majority of focus has shifted to the design of the 2017 car, there are still small developments planned for the latter part of 2016 that should help them stay in contention with Red Bull this year. However the memory of the high-speed tyre blow-out which cost him a podium finish last year will remain fresh following his similar failure in Austria last month.

Kimi Raikkonen has an excellent record in Belgium, having taken four victories – one-fifth of his total wins tally. Another strong performance from him is vital as this race should be the team’s chance to re-pass Red Bull in the championship.

Spa is the closest Max Verstappen has to a home race and will undoubtedly enjoy huge support from the crowd. He was also born in Belgium and his mother is Belgian.

Verstappen excelled at Spa on his F1 debut: his pass around the outside of Felipe Nasr at Blanchimont in 2015 won the FIA’s “action of the year” award. On his first visit to the track the year before he swept all three European F3 races.

Red Bull has also won three times in the last five races at Spa. Their upgraded power unit will make them a more competitive proposition than they were last year, but they can expect stiffer competition from Ferrari at this power track.

Good tyre management is key around the Spa-Franchorchamps circuit, which puts Sergio Perez in the frame for good finish. He has also had some good performances here in the past, winning in GP2 and battling for the early lead with Hamilton last year before eventually coming home in fifth position.

Nico Hulkenberg was not so lucky last year, failing to make the start due to a loss of power on the formation lap.

If they are to challenge Haas for eighth position in the constructors, Renault need to make the most of every opportunity afforded to them. Mistakes like Jolyon Palmer’s spin from tenth position in Hungary cannot be repeated.

The team’s slow-corner weakness should hurt them less at Spa, but those long straights will expose their weakness on the engine side.

The summer break couldn’t have come at a better time for Daniil Kvyat who has struggled since his demotion from Red Bull. His contract for 2017 is not yet confirmed, Pierre Gasly is starting to come on strong in GP2 and Kvyat mustraise his game against Carlos Sainz Jnr to prove he deserves another chance.

The team currently sit 36 points behind fifth-placed Force India. Despite boasting a well-balanced chassis, their 2015-specification Ferrari power units are starting to show their age and will increasingly struggle to match the constantly developing Renault and Honda teams.

Life after the takeover by Longbow Finance is looking much brighter for Sauber. Upgrades have begun to trickle through and more are coming this weekend including a new front wing and a new floor package expected soon. This is crucial if they are to have any hope of avoiding a second point-less season in three years.

Initial development on their 2017 car has already started, albeit with very little funding. Neither driver has yet been contracted for 2017, but Marcus Ericsson’s connections to the team’s new backers make him an obvious candidate for another season.

McLaren have accepted that this race will put a heavy strain on the power unit, with more than 70% of the lap on full throttle. But they have another upgrade coming on-stream and the team have set themselves the ambition to challenge for points at every remaining race this season.

Remarkably Fernando Alonso has never tasted victory in an F1 race at Spa, but has visited the podium on three occasions. Jenson Button took a lights-to-flag victory here in 2012, but neither can expect to add to their win tallies until next year at the soonest.

Manor’s transition to becoming the Mercedes junior team appears complete with the arrival of Esteban Ocon in place of pay-driver Rio Haryanto. Ocon has real potential, beating Max Verstappen to the 2014 Formula Three championship, then consistently performing well to clinch the GP3 title in 2015.

When he takes to the track for Manor tomorrow Ocon will have driven for five different F1 teams, having previously tested for Mercedes, Renault, Force India and Ferrari.

This track holds bittersweet memories for Romain Grosjean, who scored his most recent visit to the podium here last year for Lotus and also sealed his 2011 GP2 title victory at Spa. Those are the memories of Spa he will prefer to remember rather than his one-race ban for causing a first corner crash here in 2012.

The American team has also switched development focus to 2017, with only minor aerodynamic updates accompanying power unit upgrades from Ferrari in the pipeline for the remainder of this year. This decision was made easier as they are unlikely to be able to challenge McLaren or Toro Rosso ahead, but little threat has come from Renault behind so far, with a 22-point buffer for them to protect.