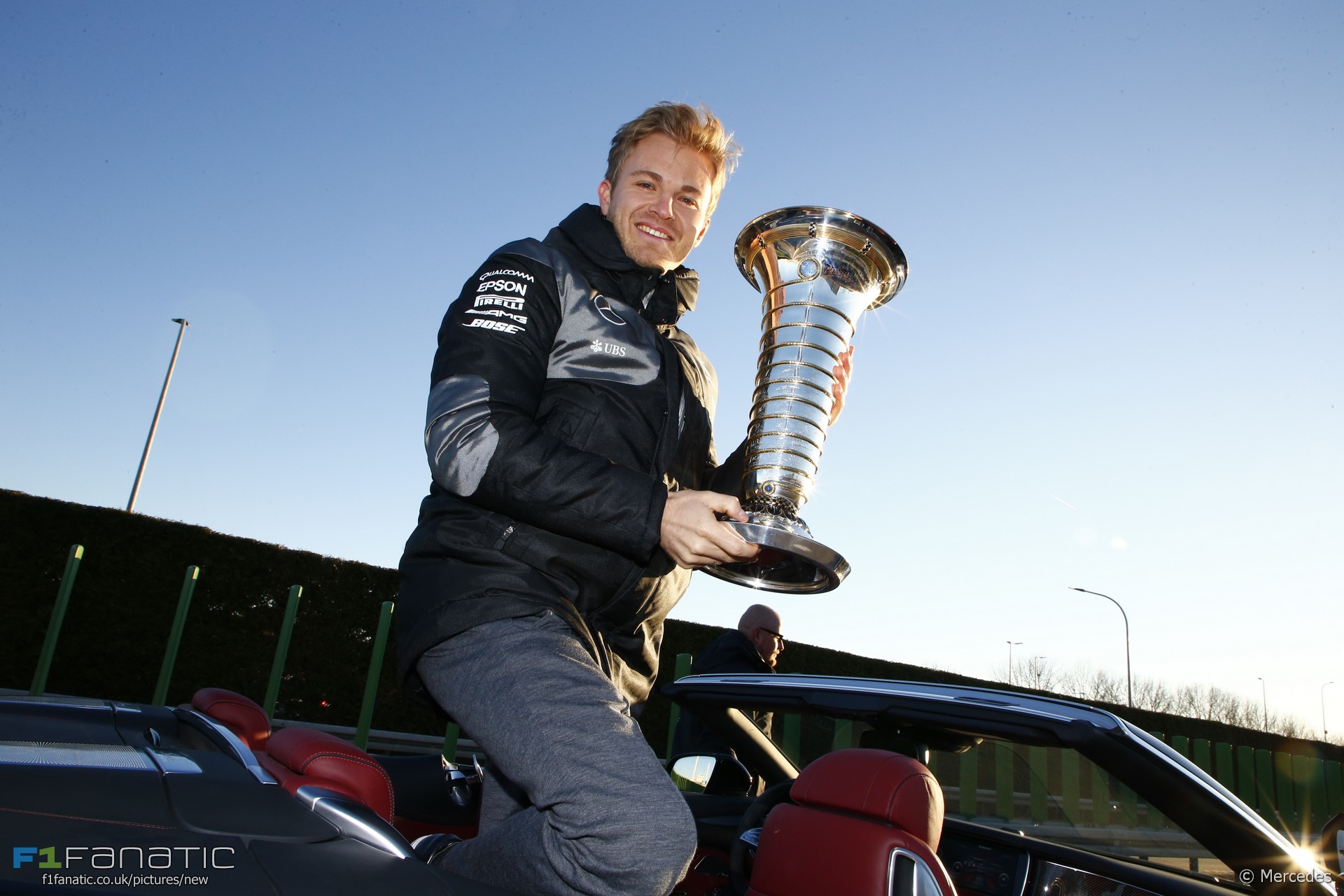 In the round-up: Mercedes will consider replacements for Nico Rosberg on Monday but have already been contacted by half the drivers on the grid, says Niki Lauda.

Half F1 grid is after Rosberg's seat, says Lauda (Reuters)

"I took it badly. I was not expecting it. Nobody in Mercedes imagined he could say 'enough'."

"He is the best driver in Formula 1 today and the points show that."

"We have to consider all options, but it will be very hard to replace him. We will start to look at this on Monday."

Rosberg: I would've stayed on if I'd finished second (ESPN)

"I never give up, so if I'd finished second I would have gone for another year, for sure. Definitely."

"He is a hard-working guy, and could answer interviews in Italian, French, English, or German. He was the perfect guy really and we need to respect his decision."

"There have been instances that feel a little bit odd. Definitely been some uncomfortable scenarios."

"(Rosberg) had the crash he was always going to need to have to prevent Hamilton’s bullying from prevailing. It may have earned him censure from the team, but, critically, he was mentally ready for that this time."

Toto asked which drivers have called him. Zetsche: "Tell who hasn't called!" Toto Wolff: "All drivers apart from Kvyat and Räikkönen."

.@LewisHamilton: "Nico's the worst German teacher, he tells me all the wrong words.." 😂😂😂😂😂

I'm not generally a fan of humorous Christmas cards but Christian Horner's made me laugh 😆 pic.twitter.com/w6DzMI2vly

Given the hothousing of drivers from such a young age, I don't think Nico will be the only shock retirement over the next few years

Hey @nico_rosberg at least you went out on a high. Glad I could help with your final celebration last weekend 👞🍾😇 pic.twitter.com/2ckSwo5Zeu

Vishy on what drove Nico Rosberg out of F1:

Why would Rosberg stop suddenly? It is obvious he loves his wife and daughter and is leaving F1 for his family. But also I think he is leaving what he was not enjoying.

The Mercedes was such a great car that with a lesser or more normal team mate he would have won the title with a lot less hard work and stress. I feel he had to sacrifice everything for the past three years to beat Lewis and he was not enjoying that.

On top of that, no matter what he does people would put him down compared to Lewis. Which is a shame because in addition to beating Hamilton this year he also beat Schumacher over three years and no one can deny Schumacher was a legend even in his twilight years.
Vishy

Another shock Formula One announcement on this day eight years ago as Honda canned its team: