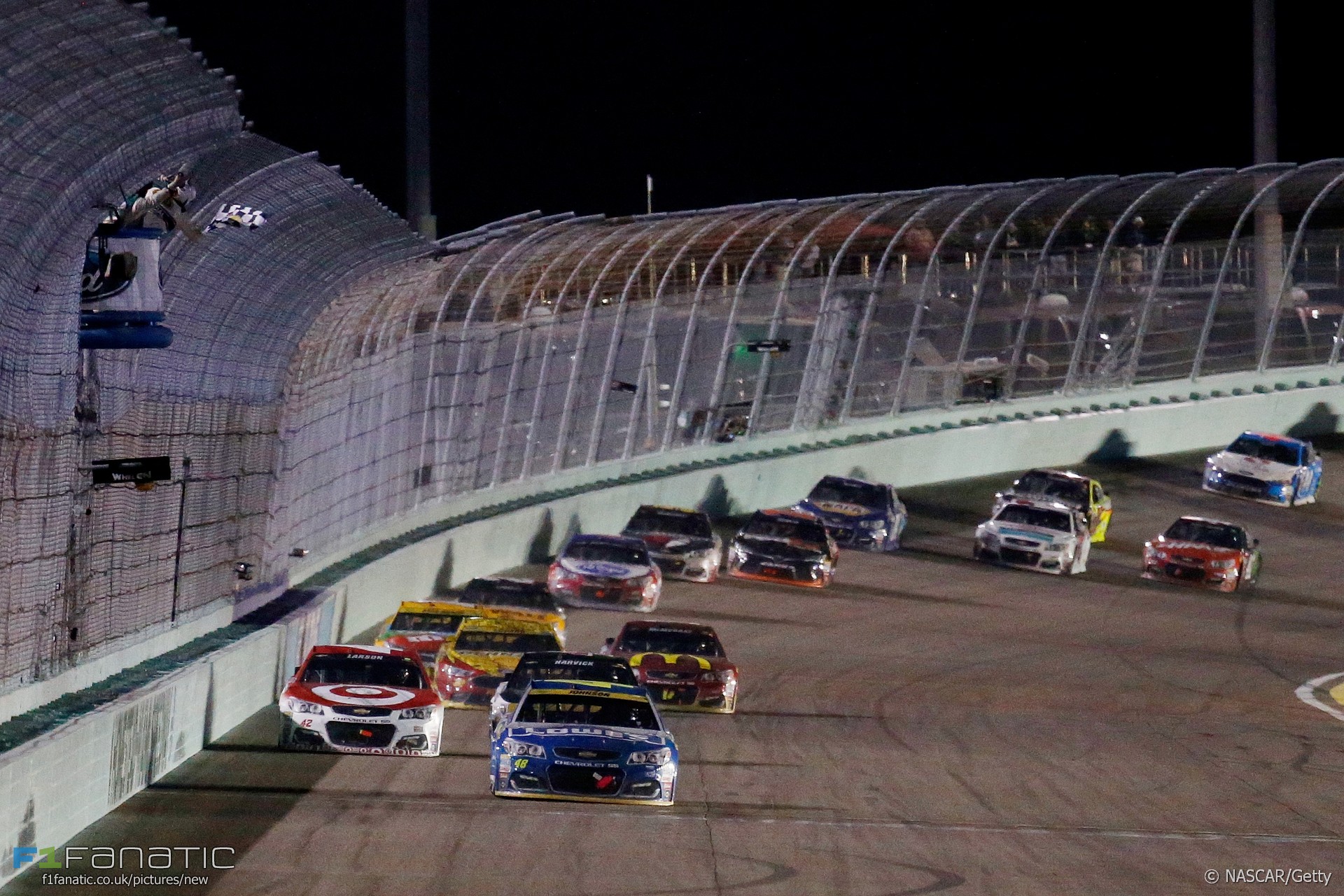 Formula One’s takeover by Liberty Media has prompted expectations the championship is about to become ‘Americanised’.

NASCAR’s is America’s most popular form of motorsport and therefore an obvious place to look for inspiration. But as four-wheeled circuit racing disciplines go it could hardly be more different.

There is at least one element of NASCAR which could transfer easily to Formula One. It has the potential to address a drawback F1 has at the moment, and one which could become a more pressing problem under Liberty.

While last year’s F1 title fight went down to the last lap of the season this isn’t always the case. An early end to the title fight is bad news for promoters and broadcasters. But the one-off double points race introduced in 2014 to increase the chance of a final-round decider proved disastrously unpopular.

As the F1 calendar keeps getting longer so it gets less likely championships will be decided at the final race. One thing we know Liberty want is to keep expanding the calendar, so this perceived problem isn’t going away. Do NASCAR have the solution?

NASCAR’s 36-race season is split into two phases. The first 26 races are the ‘regular season’ during which drivers score points towards an overall championship position, much like in F1.

The top 16 drivers then enter a knock-out format over the final ten races. This was previously known as the Chase for the Cup but from 2017 is being referred to as the ‘playoffs’.

The obvious benefit of the system is it guarantees a four-way fight for the championship at the final round every season (NASCAR has also introduced further changes for this year including points-scoring during races which aren’t relevant to this debate).

Arguably the greatest strength of the playoff format is also a weakness. Setting up the same four-way shoot-out every year means every NASCAR season is the same story. F1’s championship structure, for all its faults, is less rigid and therefore better able to produce surprises.

The F1 title has been decided at the last race 29 times out of 67, including seven times in the last eleven years. Increasing that proportion by artificial means might create the impression of closer competition but would viewers be convinced? NASCAR’s declining viewer figures suggest not.

The role of luck is amplified: an engine failure during the playoffs is much costlier than one during the regular season. Drivers are routinely knocked out by rivals who have won fewer races than them.

This is a system designed to prolong an artificial sense of competition rather than crown the most deserving champion.

I’m sure regular readers will know this isn’t the sort of thing I go for. But as an example of how Formula One might change given what we know and can reasonably assume about Liberty’s priorities I thought it was worth exploring. At its heart this is another question about whether F1 should be a ‘sport’ or ‘entertainment’.

Perhaps there is a way to satisfy both a desire to prolong the championship contest without compromising F1’s essential sporting core. But I doubt it. I feel drivers should be rewarded equally for their efforts in each round of the competition. When that is the case, it’s impossible to avoid a situation where a championship could be decided before the final race.

F1 has in the past tried to make the competition appear closer by fiddling with the points systems with little success, notably in 2014.

The best way to make the competition closer isn’t to just make it appear that way, but to encourage convergence in performance between the teams. This is a far more difficult problem to solve.

But it’s one which, encouragingly, Liberty have shown they are willing to try. In the meantime they should resist the temptation to make it appear otherwise.

Would NASCAR’s playoff system be an improvement for F1? Should the championship be structured so the title is decided at the final race every year?

Do you agree a NASCAR-style 'playoff' format would be an improvement for F1?

96 comments on “Should Liberty use NASCAR’s ‘playoff’ format for F1?”