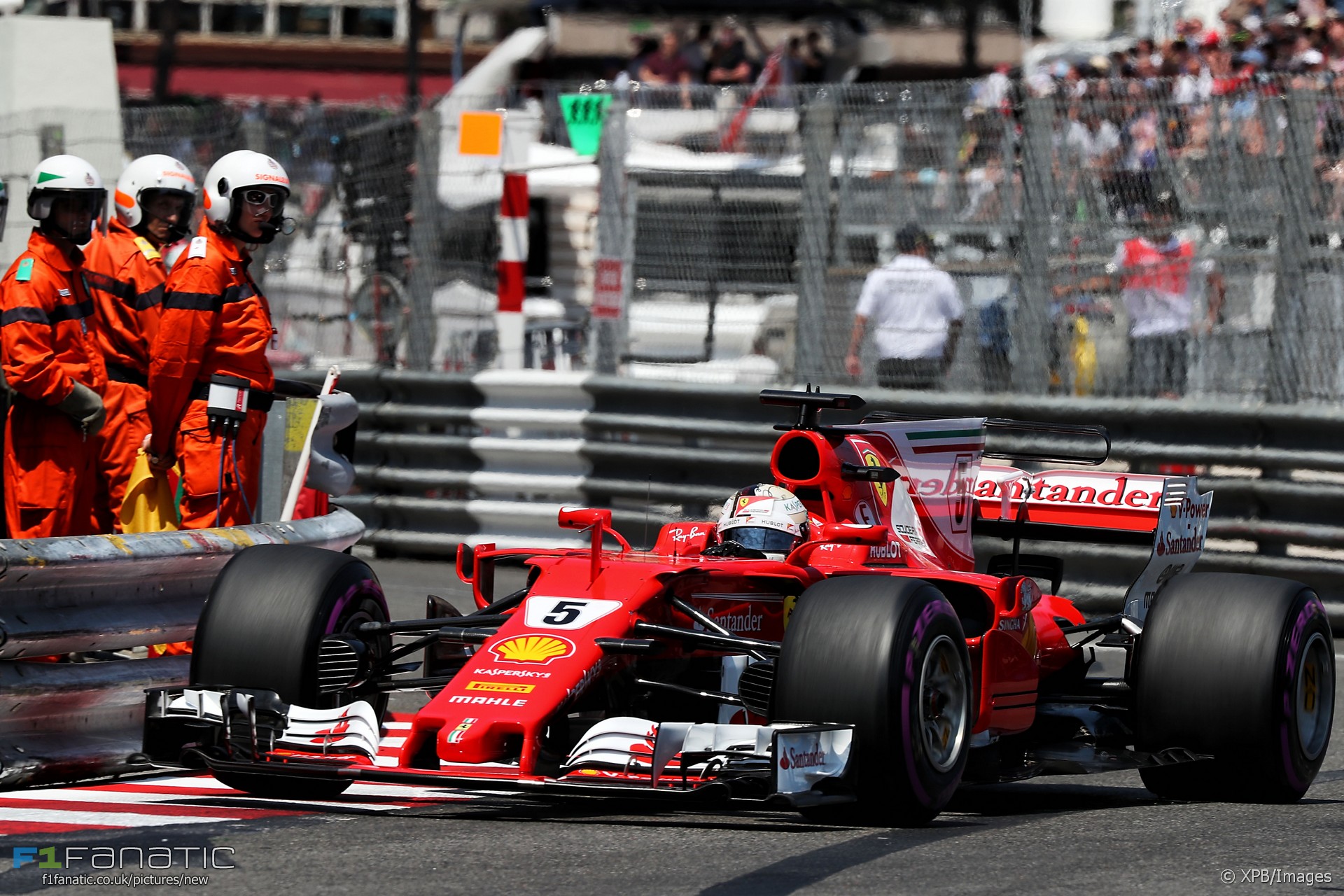 Sebastian Vettel took his third victory of the season at Monaco ahead of team mate Kimi Raikkonen and Daniel Ricciardo.

Vettel successfully employed an overcut in the pits to jump ahead of Raikkonen and secure his second victory around the streets of Monte Carlo.

It was a clean start, with Raikkonen leading from the start, ahead of team mate Vettel and Valtteri Bottas’s Mercedes in third.

There was little in the way of action during the opening phase of the race, save for Nico Hulkenberg retiring his Renault with a suspected gearbox problem.

With a one stop strategy the only logical option, Max Verstappen and Valtteri Bottas were the first of the front runners to pit for super soft tyres. Raikkonen pitted soon after, allowing Vettel and Daniel Ricciardo clear air to attempt an overcut.

Staying out ultimately proved to be the right decision for Vettel, who was able to push hard enough to resume ahead of his team mate into the lead of the race. Ricciardo too took advantage of traffic for Bottas and Verstappen and was able to leapfrog both into the final podium position after he too pitted for super soft tyres.

Vettel pulled away from Raikkonen, until the Safety Car was deployed following an accident between Jenson Button and Pascal Wehrlein that left the Sauber driver propped up on its side against the Portier barrier.

The race resumed with 12 laps remaining, but despite Ricciardo making contact with the barrier at St Devote, there were no position changes in the top ten.

Vettel duly took the chequered flag ahead of his team mate and Ricciardo. Bottas led Verstappen home, ahead of Carlos Sainz and Lewis Hamilton. Romain Grosjean, Felipe Massa and Kevin Magnussen rounded out the points.