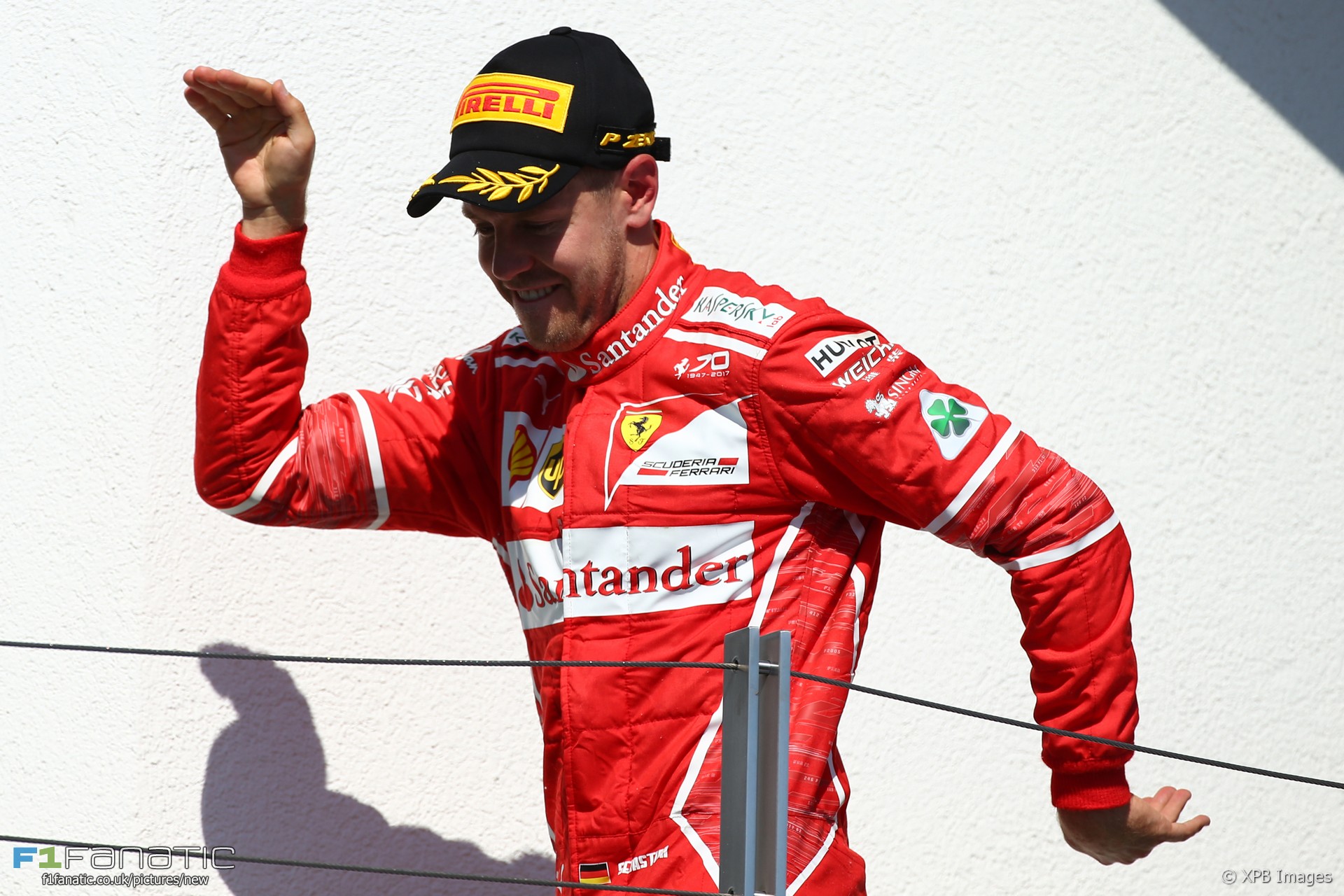 Ferrari hit back at Mercedes in Hungary by taking their second one-two of 2017. Sebastian Vettel scored his 46th career win, meaning he has five more than Ayrton Senna and five less than Alain Prost.

Vettel’s victory means F1 heads into the summer break without any driver having scored back-to-back wins so far this season. That’s remarkable considering between them Lewis Hamilton and Nico Rosberg won four races in a row on three separate occasions last year.

The last time the first 11 races of the year did not feature any back-to-back winners was in 2013. On that occasion Vettel also won the 11th race – and then went on to win all the remaining races that year!

Hamilton’s charitable act towards his team mate means Valtteri Bottas has now finished on the podium for the last five races in a row. It was the eighth podium finish of the year for Bottas, giving him as many as Vettel and two more than Hamilton.

Vettel and Bottas were separated at the flag by Raikkonen, who’s now finished in the top three 18 times since his last victory in the 2013 Australian Grand Prix.

Max Verstappen’s rash move on lap one meant his team mate’s pre-race prediction that he wouldn’t finish in his starting position of sixth came true, though not in the way he would have expected. This was a very static race for those who started higher up, however: the top five drivers on the grid all started where they finished.

Felipe Massa’s absence from the Hungarian Grand Prix due to illness meant yesterday’s race was the first without a Brazilian driver for 35 years.

Not since the 1982 San Marino Grand Prix, which several teams boycotted, has a race begun without a Brazilian driver in the field.

Paul di Resta’s arrival in the race provided plenty of meat for stats fans. He was the first driver to start a race using number 40 since Gabriele Tarquini qualified his AGS for the 1989 French Grand Prix.

Famously the number 40 was previously seen at the Hungaroring when Minardi allowed Chanoch Nissany to drive one of their cars during the first practice session in 2005. He was almost 13 seconds off the pace, and 6.7 seconds slower than team mate Christijan Albers.

Di Resta did incomparably better, qualifying just 0.766 seconds slower than Lance Stroll despite not having driven the car prior to qualifying. This was a fine effort given that he only had time for five flying laps in qualifying.

Finally, Fernando Alonso gave McLaren some cheer by recording the fastest lap of the race. This last happened more recently than you might imagine: Alonso did the fastest lap at Monza last year. This was the 23rd of his career, putting him level with Juan Manuel Fangio and Nelson Piquet.