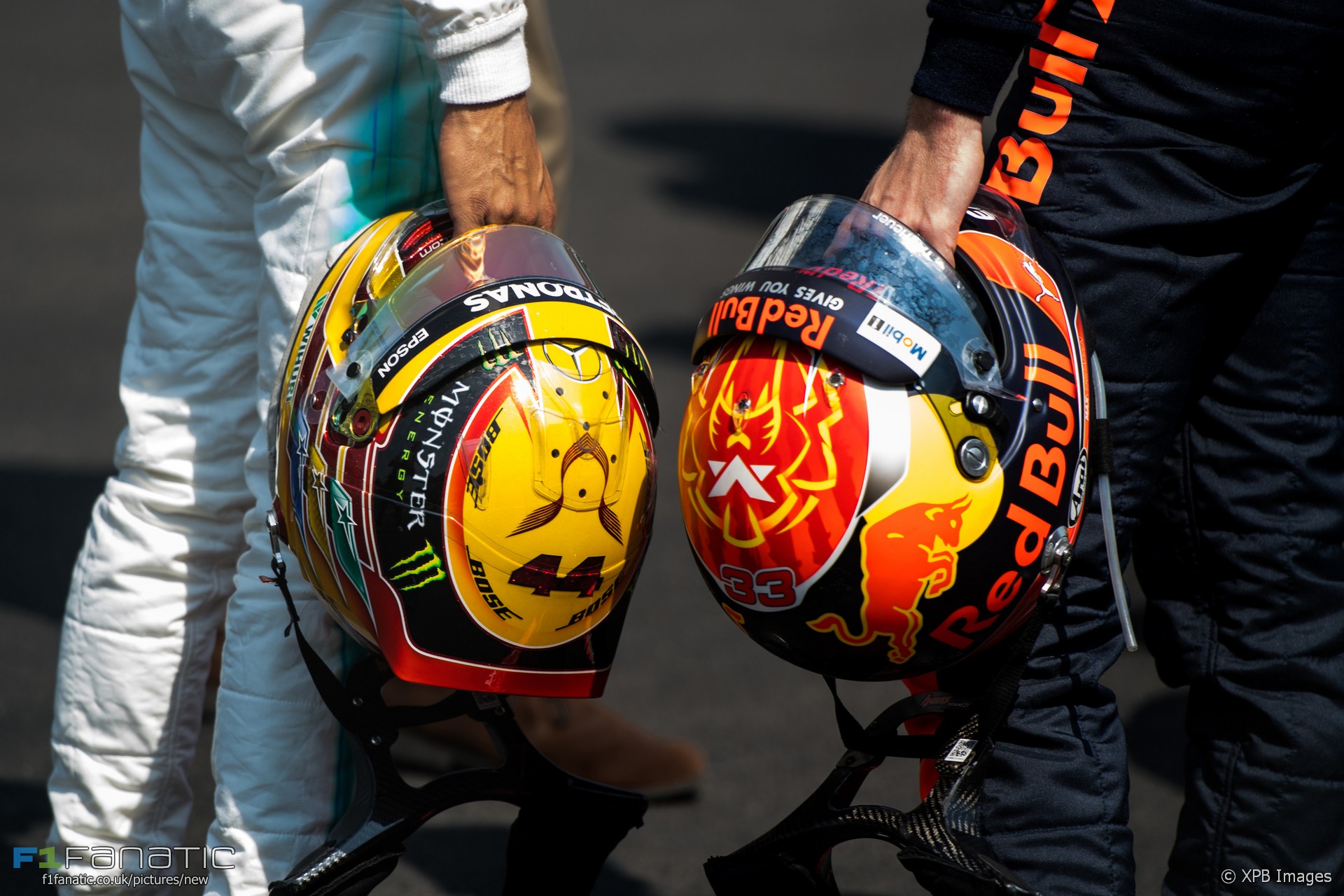 It will take a surprise outcome to today’s Mexican Grand Prix for Lewis Hamilton to miss his chance to wrap up the world championship.

Sebastian Vettel and Max Verstappen last shared the front row in Singapore with disastrous consequences – both crashed out. There’s no reason to expect a repeat today, but Verstappen will need an especially good start to overcome the likely disadvantage from his Renault power unit. And the pair have the two W08s lined up behind them ready to take advantage into turn one.

The first corner was a major bone of contention last year due to drivers cutting it. But the new measures put in place at the corner this year to discourage anyone from abusing track limits appear to have worked.

The low grip surface at the Autodromo Hermanos Rodriguez means this race is usually a straightforward one-stop strategy. Much the same is expected today, including for the ten drivers who will have to start on used sets of ultra-softs.

However the limited run-off space at several points around the track means this is a venue where it’s not uncommon to see Safety Car appearances. Should that happen late in the race it could give an opportunity for drivers near the front to gamble on making extra ‘free’ pit stops.

Mercedes have usually been more competitive in qualifying than in the race but Hamilton reckons that isn’t so this weekend. “Our long run pace is definitely better than our qualifying pace,” he said, “so I’m not worried about that.”

“But you need a big [performance advantage] delta to overtake here, so track position is important.”

Hamilton can’t rule out a threat from his team mate, who was going well until he was unsettled on his first lap in Q3. As a result he had to complete his qualifying run with an extra lap of fuel on board, costing him potential time.

Kimi Raikkonen usually comes good on race pace. But Daniel Ricciardo in the other Red Bull seems to be having an off weekend and was struggling in the many slow corners yesterday.

One potential advantage Mercedes and Red Bull enjoy over Ferrari is that each of their drivers has an unused set of super-soft tyres. As well as offering them better tyre life in the second half of the race, it could help them find some of that performance advantage needed to make an overtaking move, especially if they can run long in their first stint.

Will the championship be won today? Can anyone keep Sebastian Vettel from victory?

16 comments on “Hamilton and Verstappen can take fight to Vettel”