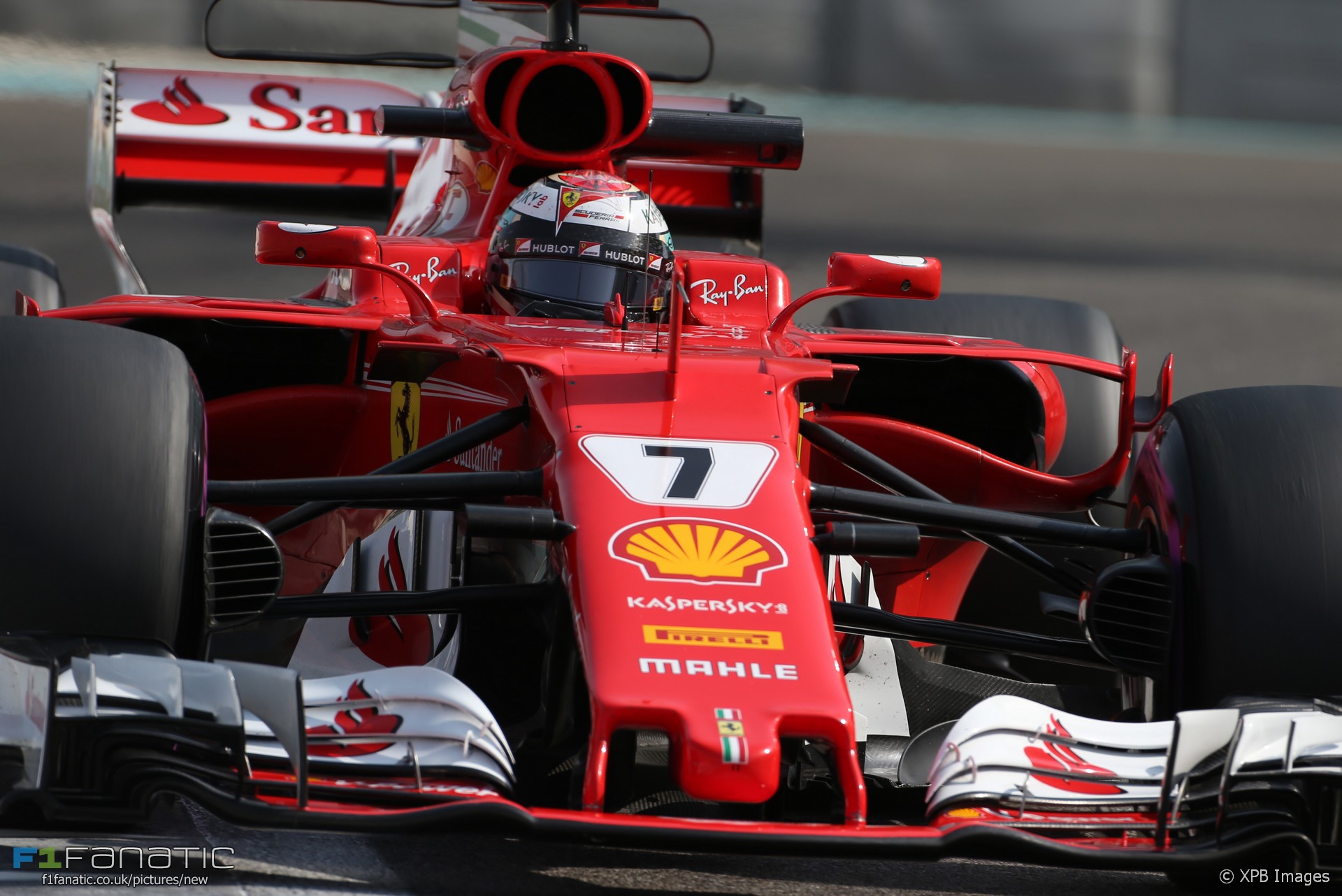 Kimi Raikkonen was quickest on the first day of the post-season test at the Yas Marina circuit for Ferrari.

However Williams attracted the most attention as they gave Robert Kubica his first official test in their car. The 32-year-old is vying for a return to F1 with the team next year.

Kubica covered 100 laps of the track before handing over to the team’s regular driver, Lance Stroll, as planned. He will return to the cockpit late tomorrow afternoon while Sergey Sirotkin will do the majority of the day’s driving.

McLaren was the only team to have two cars in action. Fernando Alonso ran one car while Oliver Turvey did tyre testing for Pirelli in the other, making up for the session they lost when their planned test in Brazil was cancelled. Alonso lost almost two hours of running after he hit a barrier at turn 18.