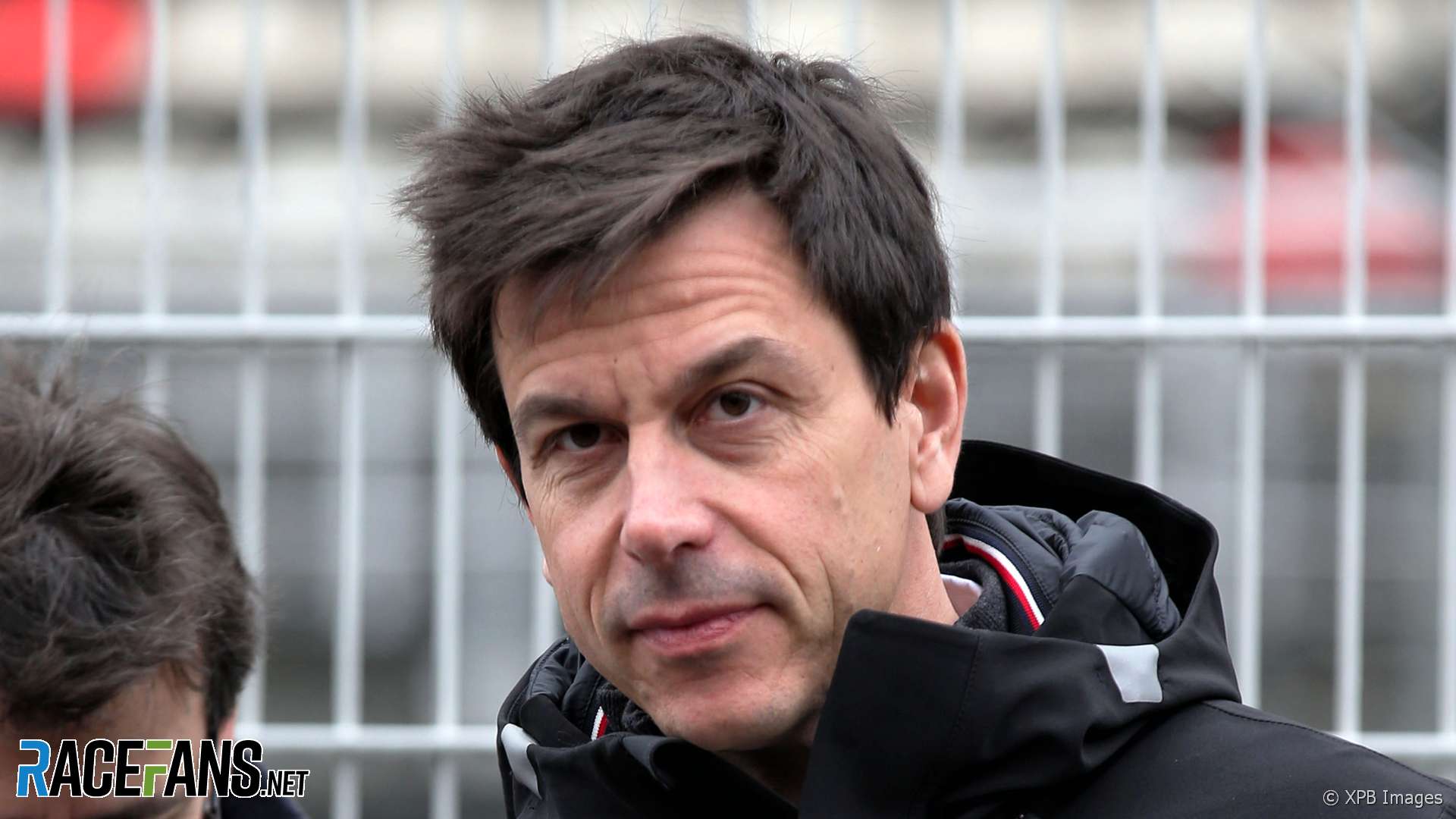 In the round-up: Mercedes executive director Toto Wolff says the FIA’s clarification requiring manufacturers to give their engine customers parity on performance, revealed by RaceFans last month, is “not relevant” to his team following Christian Horner’s comments.

The final pre-season Formula One test begins tomorrow at the Circuit de Catalunya.

We’ll again be bringing you live updates, news and pictures direct from the paddock so be sure to join us on RaceFans Live from 7:30am (GMT) every morning.

The weather forecast is considerably better than last week. The first two days should be sunny with temperatures reaching around 16C. it will cloud over after then but conditions are expected to be dry and the final day of testing on Friday looks like being the warmest of all, at up to 18C.

We are able to bring you original, independent journalism from the F1 paddock thanks in part to the generous support of our readers. By contributing £1 per month or £12 per year (or the same in whichever currency you use) you can help cover the costs of creating, hosting and developing RaceFans today and in the future.

Mercedes denies it was target of FIA engine clampdown (Autosport)

"It's not relevant for us, because the rules have been in place for a while that you must supply the customers with the same hardware and software from a power unit standpoint, and we've always done that."

"Big organisations like Ferrari, Mercedes, Red Bull, McLaren, they would really have to cut back on many things and change their structure a lot. So it would be really interesting."

"The team ran the RB14 without the sidepod deflectors extensively throughout the opening few days of the test, amid suggestions that the succession of panels held by supports at either end may not be strong enough."

"Exposed last week as acting like a thug more than 50 years ago and now accused, wrongly, he says, of being a perjurer, he remains resolute. 'Everyone knows,' he says, 'that I’m not good at backing down.'"

It’s taken a while to work my way through all 380 pages, but a truly fascinating read it was. Highly recommended, if only to understand the cultural differences between @WilliamsF1, @McLarenF1 & @redbullracing pic.twitter.com/GhxnzjQhwf

Last weekend’s Lego-themed Caption Competition attracted a lot of great entries but this from Derek Edwards was the winner:

The first subscribers to F1 TV were a little disappointed at the resolution of the official feed.
Derek Edwards

Thanks to everyone who joined in and special mentions to Ian, Hugh, Robbie, Joe Pineapples, Nick, Ruben and Phylyp for their great suggestions.

41 comments on “Engine parity clarification “not relevant” to Mercedes”