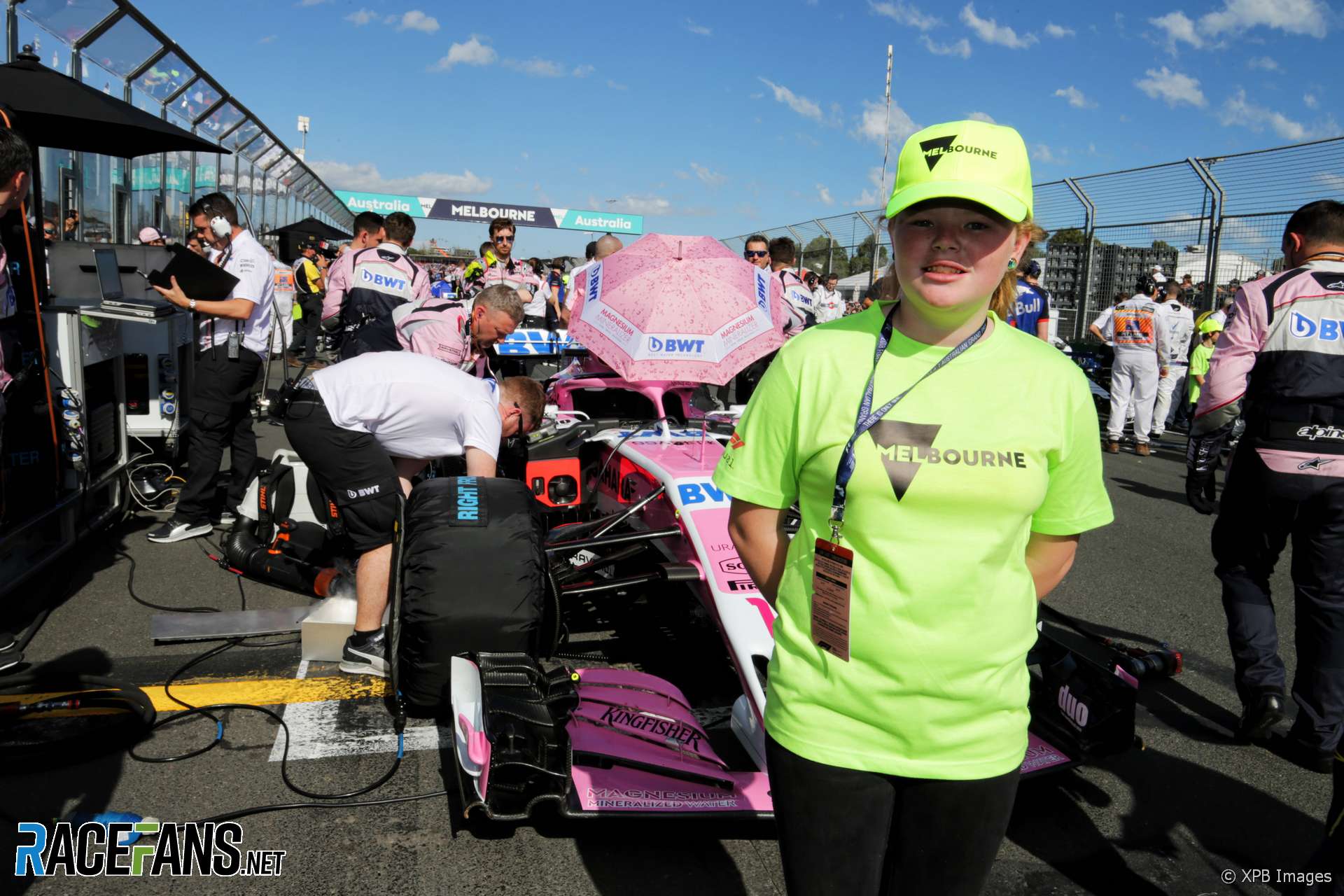 In the round-up: Sergio Perez and Brendon Hartley give their views on Formula One Management’s decision to replace grid girls with grid kids.

Speaking before last week’s race Perez said he was disappointed by the change:

Yeah that’s a bit of a shame really. I think that was some identity that Formula One had, all the history. But let’s see what other ideas they bring.

Brendon Hartley was also asked for his view on grid girls being replaced and his thoughts on the Halo:

Halo is definitely not very pleasing on the eyes but inside the car we don’t see it at all, it’s completely invisible. And we know why it’s there, it’s for safety. Already now it’s starting to become more normal. I think any time there’s a rule change in Formula One it takes a while for the fans and everybody to get used to it.

In terms of grid girls I don’t know what I should comment. I just got married, they were also invisible for me, let’s say, like the Halo.

"We're trying to do it in a properly structured way, and that will be the solution we'll apply for 2021. Anything we can learn in the meantime, which we feel is safe and fair and correct to apply, will be done."

"The winglets fall into a grey area of the regulations, with the outer 125mm of the wishbone shroud classified as part of the brake duct rather than as part of the suspension."

"With Mark it was a misinterpretation. I don’t set out to be unkind, but I say what I believe and I say it to make something better, to help people to come up with their own solutions."

Rich Energy chief: 'I fell into the drinks business after meeting a mad scientist' (The Telegraph - registration required)

"The guys running F1 now are very smart but it will be a couple of years before everyone realises this. That’s why we have to take this opportunity now because even though it would be better in a couple of years’ time for us, there won’t be a team for sale then."

P3 Baby! Huge thanks to @CarlinRacing and a special mention for @Chilychilton for helping me make this possible! 🏁 #BillyWhizz pic.twitter.com/HAciAQ8WaL

More concern over their extent of power unit management drivers are having to do:

Isn’t anyone appalled by the fact that we have a team showing concerns over “excessive” use of a power unit in a particular mode during practice?

If we’re going to have teams limiting power unit use in race one where are we going to be after two or three races?

Teams will elect to not bother with practice one at all and possibly practice two just to protect their precious power units because with only three for a season, they daren’t risk them.

I predicted before the season started that we’d see some really odd outcomes because of team concerns with power units but Williams have made that a reality from race one.

They “say” they made a mistake, something that seems to happen all too often at Williams, but I suspect that the outcome is just a sign of things to come.
DB-C90 (@Dbradock)