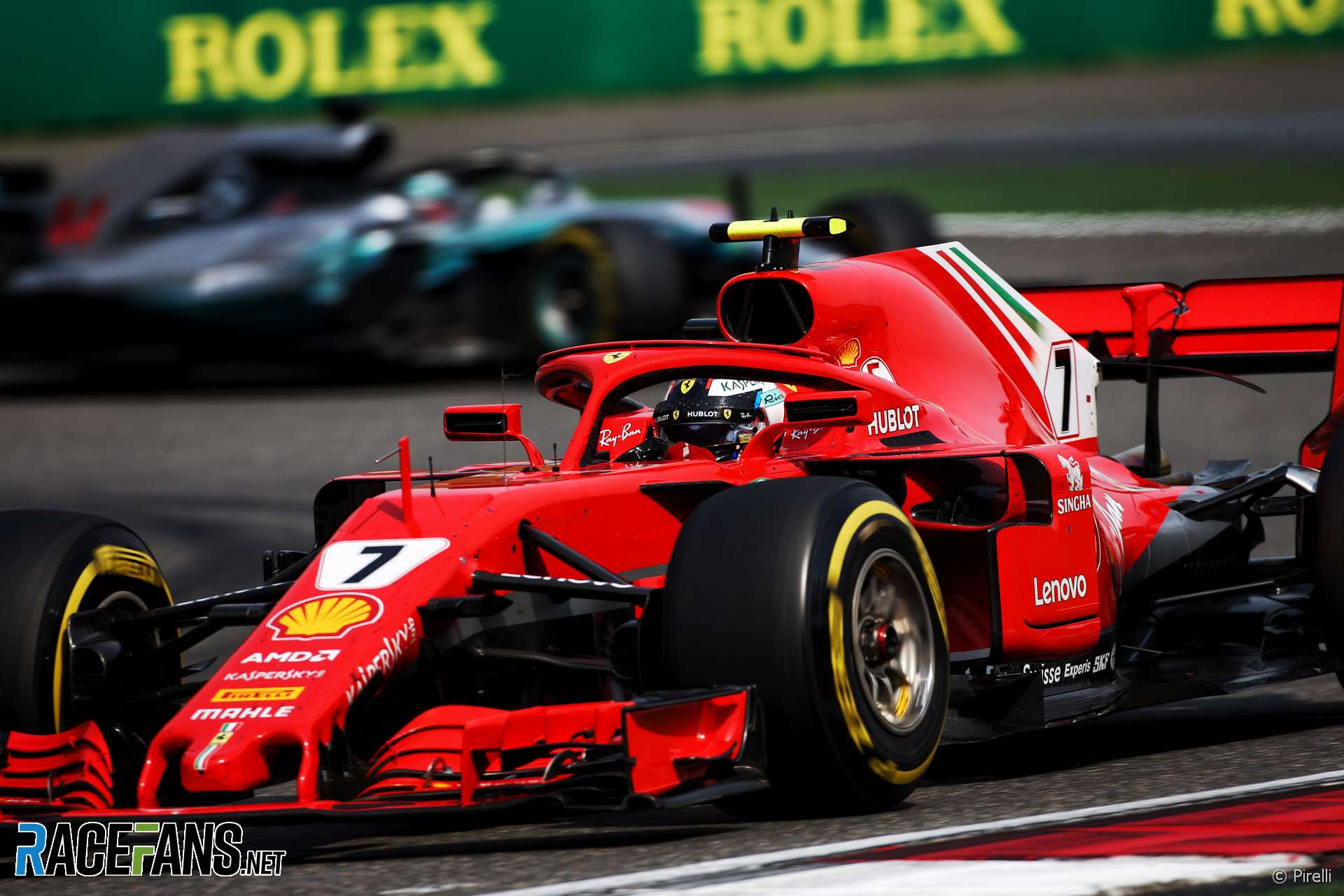 Before the Chinese Grand Prix Lewis Hamilton said he thought it would be difficult to finish higher than he started. Sure enough, he came home in the fourth place he started from, though he must have been relieved than Sebastian Vettel wasn’t one of the three cars ahead of him.

That fourth place gave Hamilton a new F1 record. It was his 28th consecutive points finish, moving him ahead of the previous record held by Kimi Raikkonen.

From the 2012 Bahrain Grand Prix to the 2013 Hungarian Grand Prix, Raikkonen came home in the top 10 every time for Lotus. Hamilton’s streak began at the 2016 Japanese Grand Prix and included all of last year’s races. Raikkonen’s run ended when a visor tear-off went into his brake duct and caused a failure: How much longer will Hamilton’s run go on without something as trivial as this bringing it to an end?

Raikkonen reached an unhappy milestone yesterday as it was the 100th race since he last won a round of the world championship. He has made 23 podium appearances since that last win, which is a record.

Ricciardo has scored all six of his wins from fourth on the grid or lower. That contrasts sharply with his former team mate Sebastian Vettel, who won 49 times but started within the top three places every time. Hamilton’s career record is similar to Vettel: 62 wins, of which just four have come from starts outside the top three.

Many of the statistics from last weekend point towards Mercedes having a tougher time in 2018 than they have in any season since the V6 hybrid turbo era began in 2014. They have failed to win any of the last three races, which hasn’t happened since the end of 2013 (but it hasn’t stopped them taking the lead in the constructors’ championship). The W09 is the first car they have built which didn’t take pole position for the Chinese Grand Prix since the W02 of 2011.

The performance of Mercedes and Ferrari’s customer teams suggests the latter has produced a very strong engine this year, perhaps even a better one than Mercedes. Haas and Sauber both have more points after three races than Force India and Williams.

Meanwhile Ferrari had their first pole position in China since the venue held its first round of the world championship in 2004. They also had back-to-back front row lock-outs for the first time in more than a decade. You have to go back to Michael Schumacher and Felipe Massa in the 2006 United States and French Grands Prix for the last time this happened.

Raikkonen has qualified second for all of this year’s races so far but hasn’t been able to finish that high in any of them. To be fair to him, Ferrari’s strategy yesterday looked more geared to his team mate’s needs than his. Another driver on the grid has started every race so far from the same position: in fact, Nico Hulkenberg has started seventh for each of the last six races.

Three races in, every driver on the grid has out-qualified his team mate at least once, with two exceptions. Carlos Sainz Jnr is yet to put one over Hulkenberg, and Stoffel Vandoorne has started every race behind Fernando Alonso. Both are also yet to finish races in front of their team mates, a situation they will be feeling an urgent desire to out right.