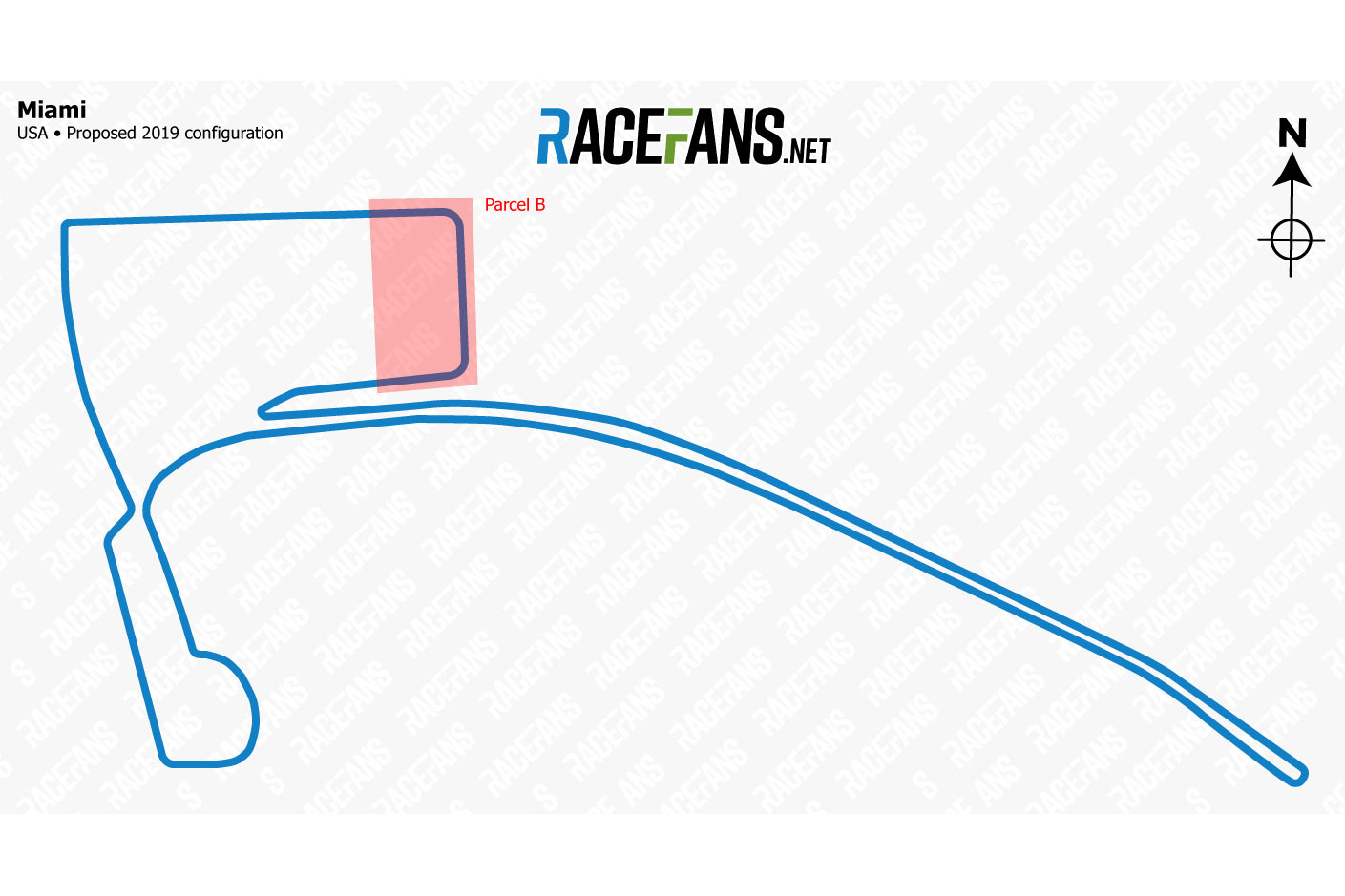 The proposed Miami Grand Prix street track which could join the 2019 F1 calendar faces changes after the promoters were denied permission to use an area of public space.

Plans for the track which appeared last week showed the cars would pass along the waterfront east of the AmericanAirlines Arena. This includes a section of land belonging to Miami-Dade County known as ‘Parcel B’.

However an amendment approved by the country yesterday forbids the promoters from using ‘Parcel B’, which is indicated in red on the map above. While there appears to be sufficient road space for the F1 track to avoid this area, it will mean the cars no longer pass along as much of the scenic Miami waterfront.

The area of land has been a bone of contention for local residents for many years. During the 1996 referendum on the construction of the AmericanAirlines Arena, used by the Miami Heat basketball team, locals were told the area would be turned into a park. However after the arena had been built the land was rented to the team, which used it for logistics and parking.

Formula E was given permission to use ‘Parcel B’ for its pits and paddock when it held a one-off race at the venue in 2015 (below). However race promoters Andretti Sports Marketing Florida had to pay $22,200 for its use, cover the cost of electrical upgrades on the site to an estimated cost of almost $200,000, and contributed a further $5,000 to pay for improved public amenities.

Since then ‘Parcel B’ has been developed for public use. Last July a “greening” programme began the process of turning the area into a park by planting fresh grass and 42 coconut trees.

The revived area was dedicated by Councillor Audrey Edmonson, who proposed yesterday’s amendment barring its use for an F1 race. The northernmost section of the proposed track, including ‘Parcel B’ and the arena, is the only part which lies within Edmonson’s district.

The proposed track design received a critical reaction from some F1 drivers when it was revealed. Lewis Hamilton and Stoffel Vandoorne said they were unimpressed by the plans.