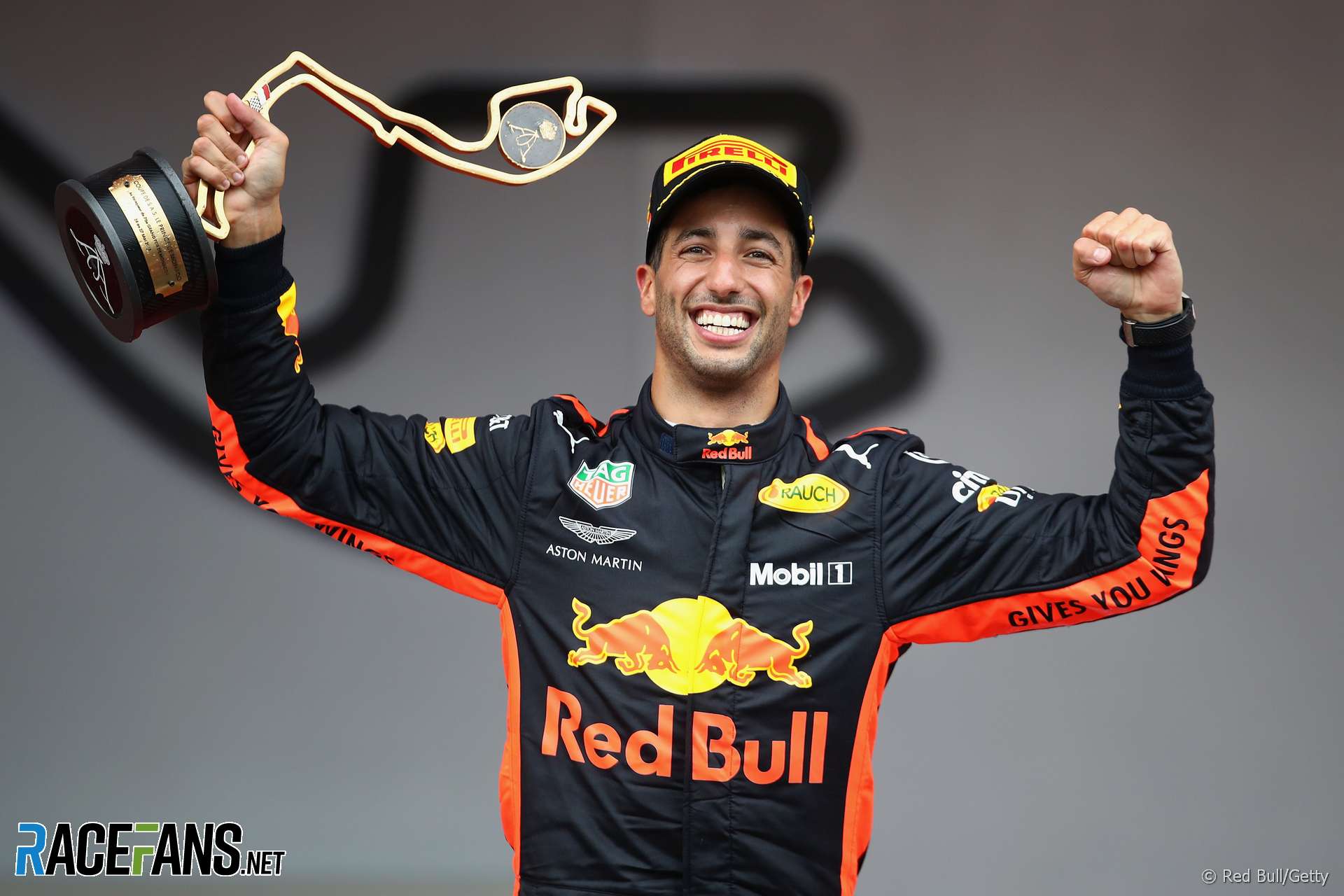 From the word go Ricciardo was back in his usual Monaco groove. This time it finally delivered the result it deserved. He ended the weekend with a clean sweep having been quickest in all three practice sessions, all three stages of qualifying and the 78-lap race distance.

The latter was made all the more impressive by the fact he had to cope with a broken MGU-K for around two-thirds of the race distance. Ricciardo’s pace was so strong that even with this problem Vettel was never able to get close.

The Force India driver emerged from an incredibly close midfield with the biggest haul of points. This was partly thanks to a strong performance in qualifying, and also down to the way he coped with a braking problem in the race’s latter stages. He needs to show more of this kind of form to keep Mercedes interested.

As in Bahrain, Toro Rosso demonstrated that when they hit the sweet spot with the STR13 the car absolutely flies. Gasly’s superior tyre-nursing helped them to an excellent seventh, and he was a long way ahead of his team mate when the latter was taken out.

Verstappen’s blunder in final practice might have been excusable had it happened in the final minutes of Q3 while making a bid for pole position. But smashing his car up at the end of final practice ensured no participation in qualifying and therefore a ruined weekend.

After that he made the best he could of his situation and salvaged a couple of points. But it was striking that the team didn’t bother risking him on a fresh set of hyper-softs at the end despite the advantage it could have given him. Did they not want to risk the few points he had scored?

Looked far less comfortable in the Williams than his team mate, qualified over six-tenths of a second slower, and bent a few wheels on the way. According to the team it was high brake temperatures which caused his punctures in the race, but Stroll did not look like the more experienced of the two drivers this weekend.

Second and third for Sebastian Vettel and Lewis Hamilton was probably the best their respective cars were good for this weekend – Hamilton in particular did will to split the Ferraris.

Carlos Sainz Jnr out-qualified Nico Hulkenberg on merit so had good reason to feel frustrated at finishing behind his team mate. This was due to a combination of team strategy, team orders and the fact he had to start on old tyres.

Marcus Ericsson was less than a second away from beating him to the final points place. However this was partly thanks to his brake-less team mate crashing out of the race and taking Brendon Hartley, who’d done little up to that point, out with him.

A slow pit stop spoiled Sergio Perez’s race while the Haas pair struggled with a lack of downforce due to a parts shortage. They were split by Stoffel Vandoorne, who said his strategy was compromised to help Fernando Alonso – who then retired.