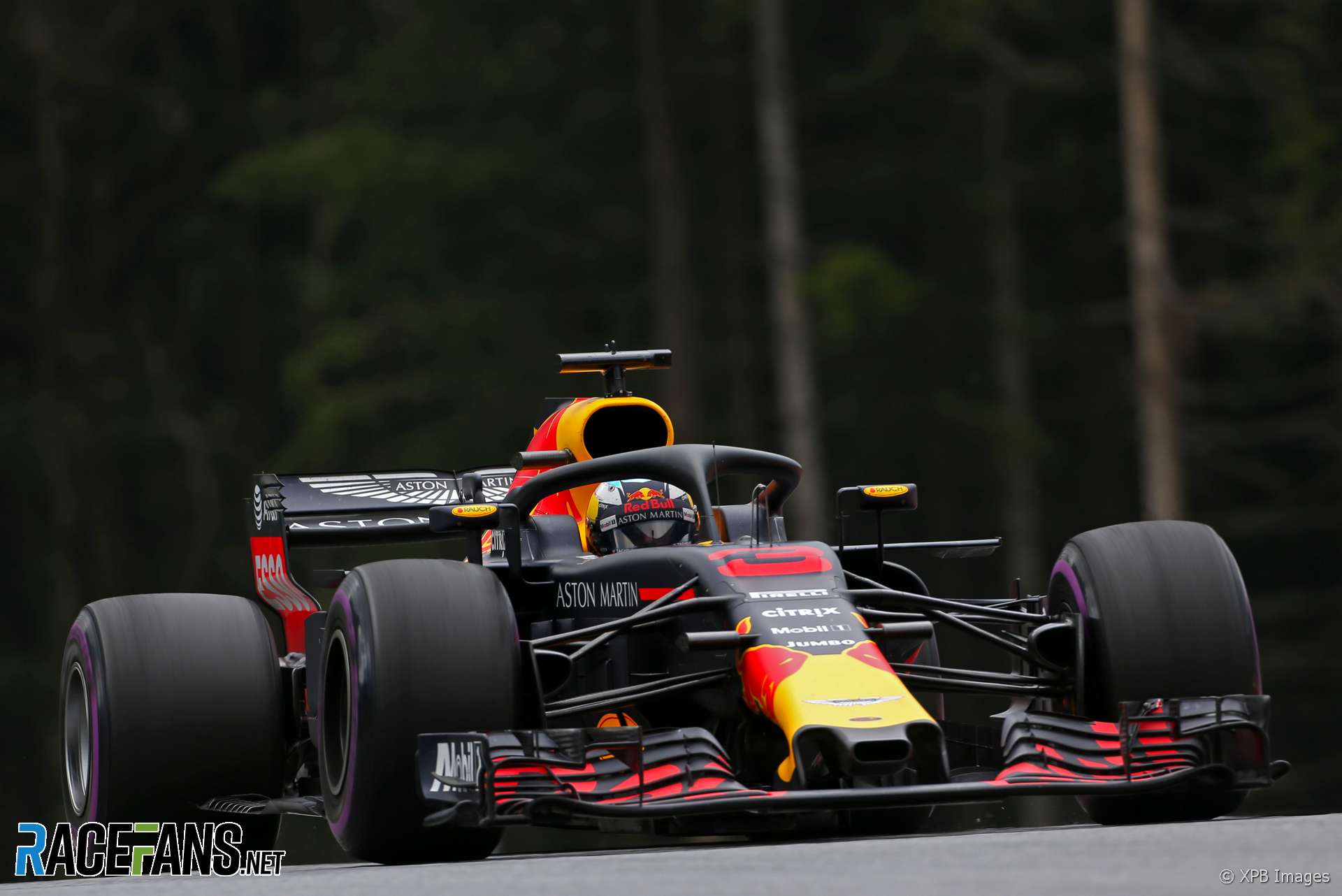 Daniel Ricciardo accused Red Bull of not treating him fairly during qualifying for the Austrian Grand Prix.

Both Ricciardo and team mate Max Verstappen were heard in dispute with their race engineers during the session. Ricciardo was told twice to “get on with it” and Verstappen refused an instruction from the pit wall to overtake his team mate.

After the session Ricciardo indicated he wanted to be given the benefit of running in the slipstream of his team mate’s car.

“I’m not too impressed to be honest,” Ricciardo told Sky. “We had three runs and I was just punching a hole for everyone. If he got one run, fair enough. I’m not happy that’s all.”

“We could’ve been more fair.”

However Verstappen said the team stuck to its usual arrangement this weekend.

“We always agree before the weekend who is going in front,” he said. “I was going in front in Paul Ricard, he was going the race before that in front. So we just discussed that, this was his weekend to go in front, that’s how it is. It’s very simple.”

“Every run in Paul Ricard I was in front so we have to do the same here.”

“That’s why I did it in Paul Ricard. Of course it’s Daniel’s turn here. We always try to have the best possible position but between Daniel and I it will be all good.”