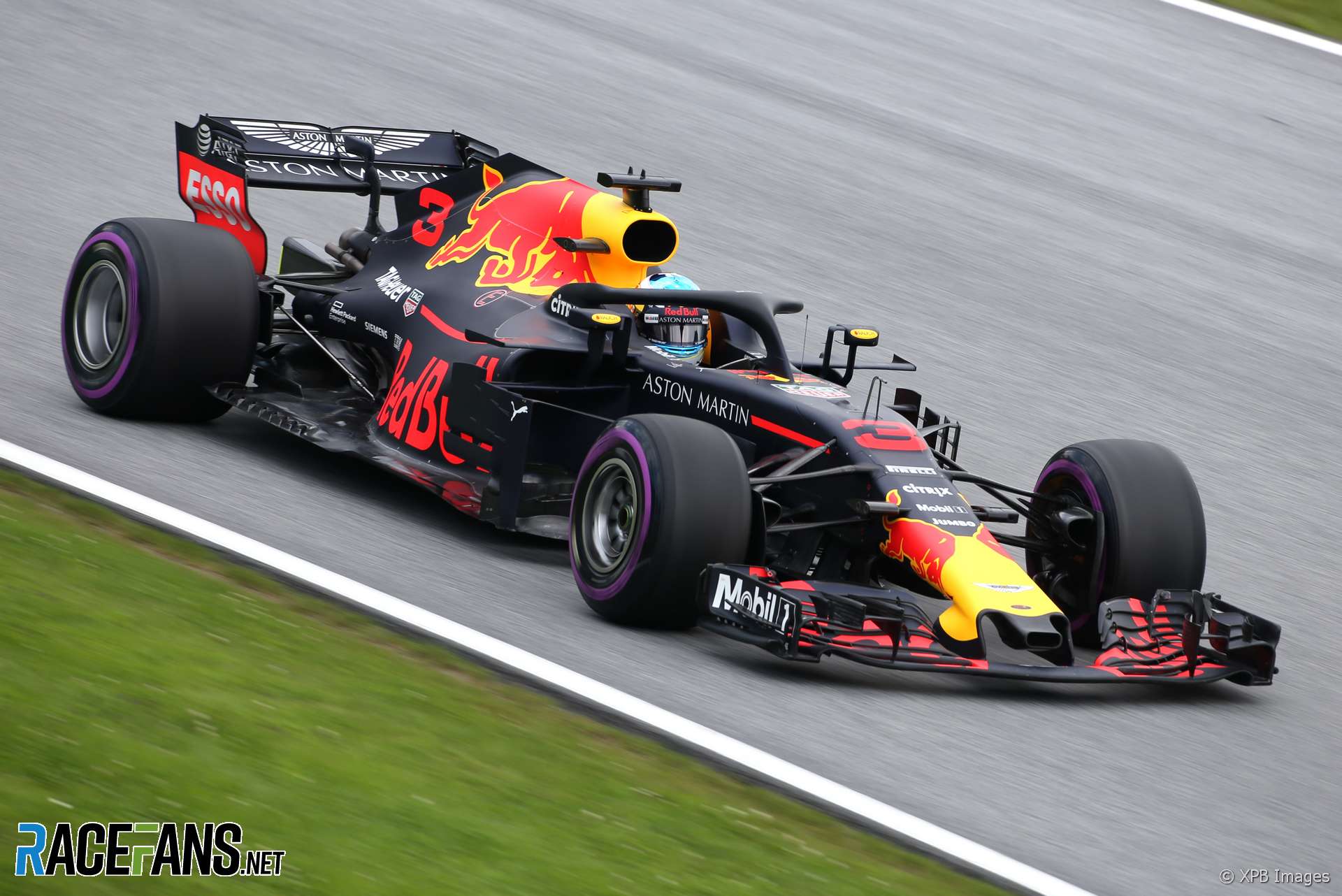 Daniel Ricciardo says he tried to get Red Bull to let him take a tow from his team mate because it would have been worth two or three tenths of a second.

Red Bull alternates which of its drivers runs first in qualifying from weekend to weekend. However because of the potential benefit of getting a slipstream from another car, Ricciardo urged his team to give him the chance to run behind Max Verstappen during Q3.

However the team sent the cars out of the garage in the same order, with Ricciardo ahead. He then deliberately slowed in the hope of getting Verstappen to overtake him, which didn’t happen.

Ricciardo eventually set a time good enough for seventh on the grid, a tenth of a second slower than Romain Grosjean and 0.15s slower than Verstappen.

According to Ricciardo a “conservative” estimate for the lap time benefit from having a tow is two-tenths of a second. However he accepted he should have told the team before the session began he wanted an opportunity to run behind Verstappen.

“I was definitely trying to make the team know that I’ve got a short straw on a slipstream-sensitive track for being that car,” he told media including RaceFans.

“Again, because we knew we were doing three runs, I should have addressed it, maybe, and we should have talked about it. I felt disadvantaged for three runs and that was where I was frustrated. I just thought ‘one run, let me gain two or three tenths on a straight for free’.”

The disadvantage of not having a tow was greater in Q3 because there were fewer cars on=track, said Ricciardo.

“In the car, even Q2, I didn’t really have a slipstream. But the cars are on track, you get some form of a tow, you’re not pushing it.

“We haven’t been that quick, I’m not really sure why. We’re losing out more down the straights than we thought and not gaining that much in the corners. I don’t really know why, we kind of just seem slow.”