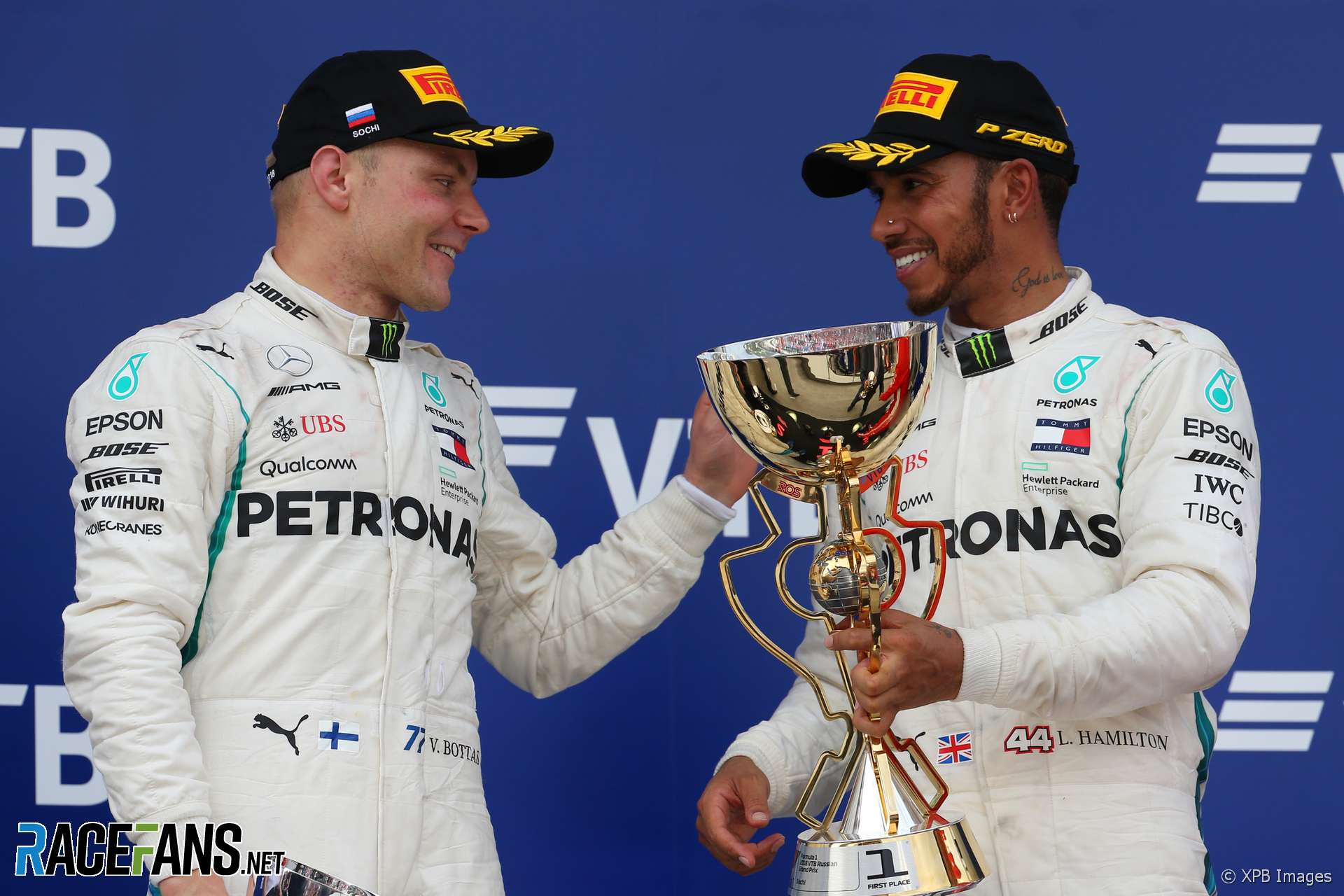 Lewis Hamilton says he is prepared to hand Valtteri Bottas a victory in return for the one his team mate gave him in today’s Russian Grand Prix.

“I have no problems with that,” said Hamilton when asked if he would consider returning the favour to his team mate.

But he added it may not be necessary. “I don’t think he needs to do that [accept a gifted win]. I think he has the possibility of winning many more races himself. At the end of last year I think he won quite a few.”

Bottas, who finished second after letting Hamilton by, said it would be “more fun if we race for it”

Hamilton said being waved through by Bottas “didn’t feel good” and he never wanted to win through team orders.

“But honestly, it’s very, very hard to find the right words. It’s very strange feeling. We’ve had a one-two, we’ve dominated as a team this weekend, the team has done an incredible job and it’s obviously never, ever in my whole life been the way I’ve wanted to win a race. I just want to shine it on to Valtteri. There are not many team mates who would do something like that.”

55 comments on “Hamilton willing to give Bottas a win back”