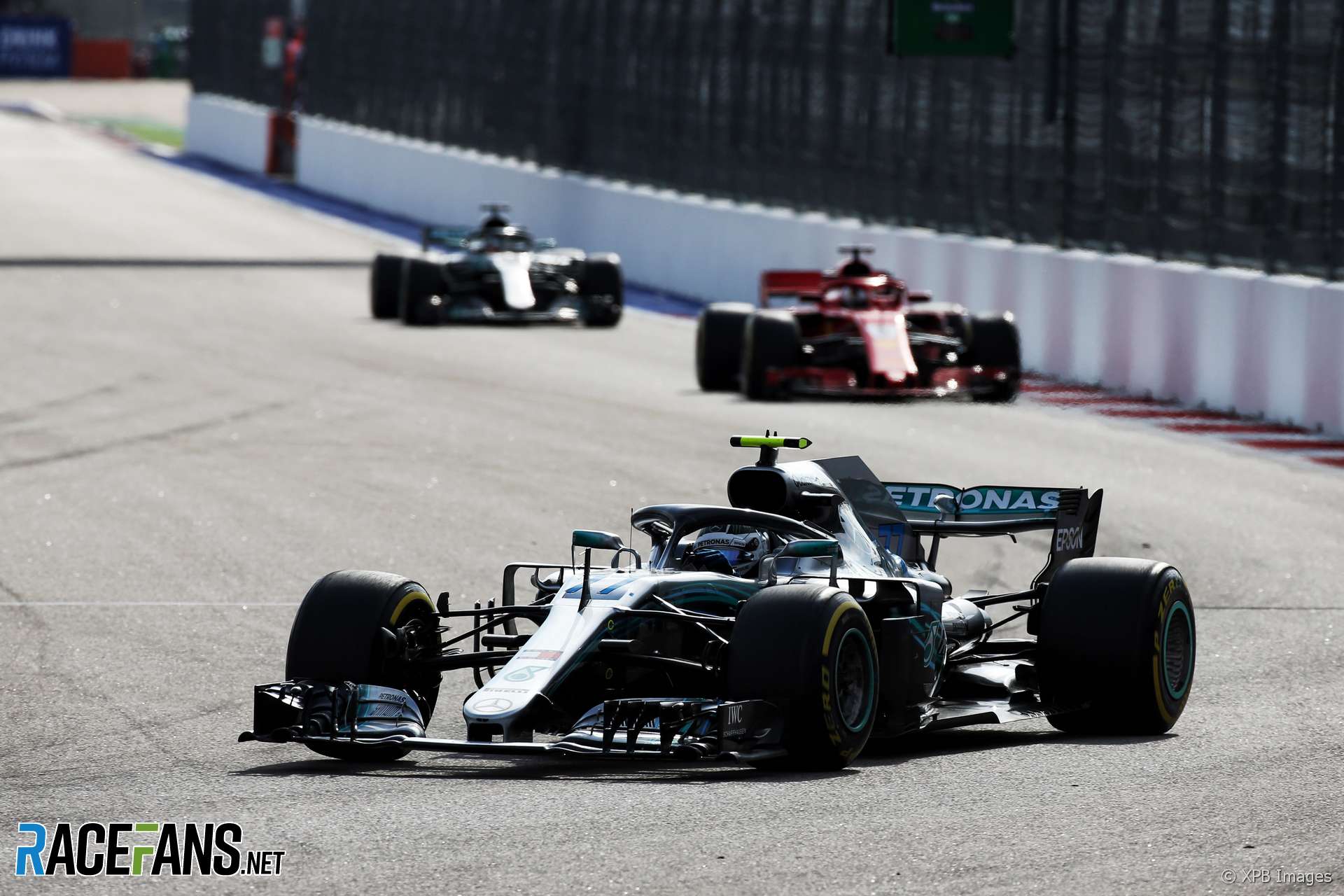 Mercedes team principal Toto Wolff says the team would have let Valtteri Bottas win the race ahead of Lewis Hamilton if it hadn’t been necessary to swap their positions because of the threat from Sebastian Vettel.

Hamilton feel behind Vettel during the pit stops then re-passed the Ferrari on the track, but damaged his tyres while doing so. This, Wolff said, was the reason they told Bottas to let Hamilton by, protecting him from his championship rival.

“We told them that they can race each other, just be careful with each other,” Wolff told media including RaceFans after today’s race. “[Remember] the situation we are in for the championship, the drivers’ and the constructors’ championship.

“And we also told Valtteri that if everything panned out and we were running one and two at the end of the race then we would leave it like this. Unless we felt under threat from Vettel.”

The threat from Vettel materialised when the team noticed a blister developing on Hamilton’s left-rear tyre after he passed the Ferrari. He had to pass Vettel because he lost a position by pitting on the lap after his rival.

“We were a lap too late with Lewis and I take it on me,” said Wolff, “because I was engaging with James [Vowles, strategist] in a conversation when I should have made the call and in this way Lewis came in a lap too late and lost position.”

“Lewis worked hard to get past Sebastian, he did an awesome move but blistered the tyres and then we were in a situation with Valtteri in front with fresher tyres, Lewis behind with a blistered rear and Sebastian all over Lewis.”

Mercedes used team orders in Hungary last year when Bottas was told to let Hamilton by. Later in the race they swapped the cars back to their original positions. In response to a question from RaceFans, Wolff explained why that didn’t happen on this occasion.

“In Budapest we said ‘if he can’t make it past Raikkonen then we’ll swap back’ and I wanted to make it good to my word. But that was Budapest, mid-season and here we are in Sochi towards the end of the season.