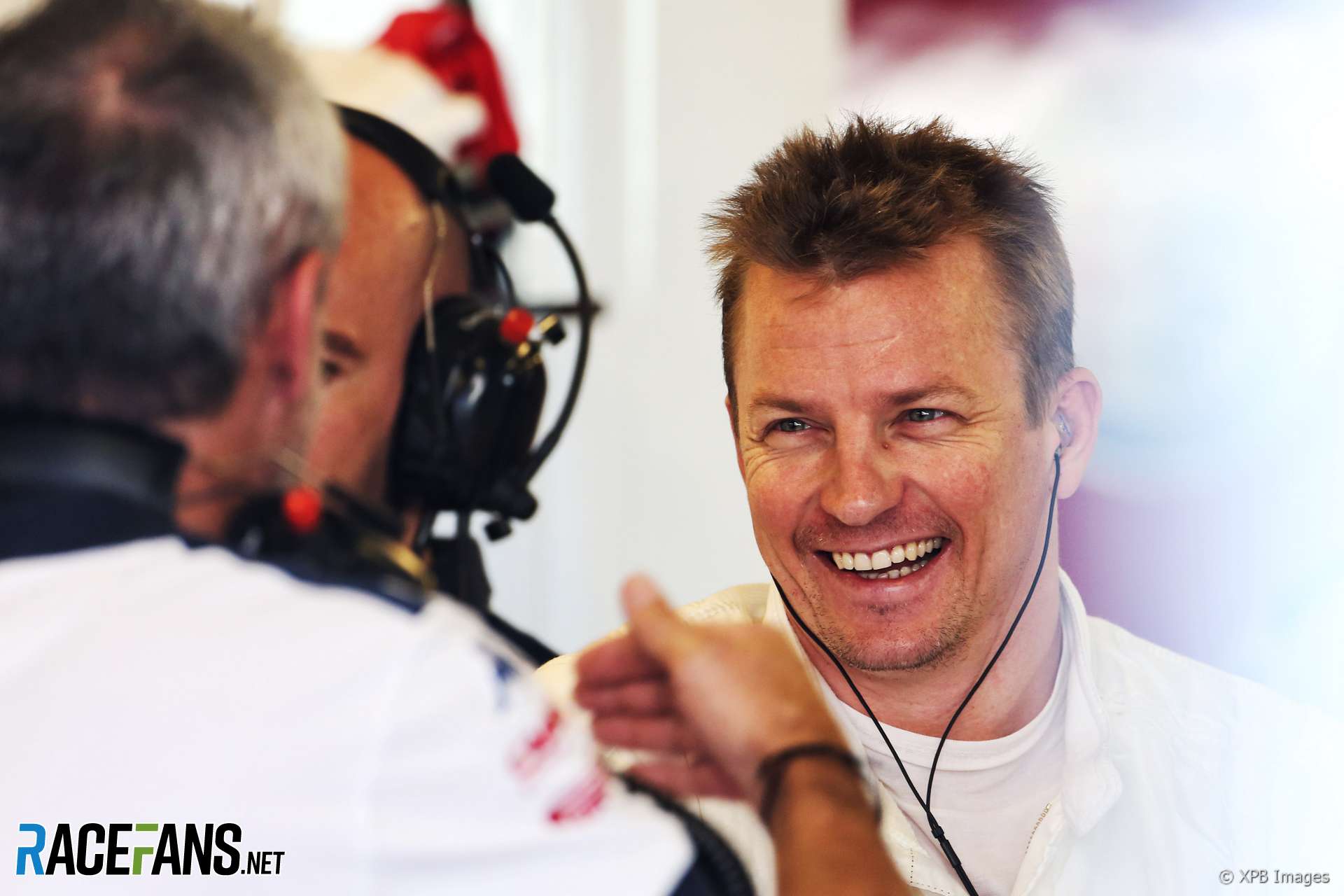 In the round-up: Seven-times NASCAR Cup champion Jimmie Johnson says Kimi Raikkonen is too young to step down from F1.

Raikkonen, who will drive for Sauber next year, briefly tried his hand in NASCAR competitions.

I know that there is something about the youth that comes in, they can do some special things, but I see the power of experience in NASCAR. Drivers really get in the sweet spot later in their career.

Of course there’s a point in time where everybody needs to step away but I think Kimi’s way too young to step away. He needs to keep going.

Many of the drivers, even Fernando [Alonso], it’s hard to believe that he’s stepping away at this point but I know he has other desires.

I can't remember what I was looking for when I came across this three-year-old cadet karting video but this last-lap fight is too good not to share!

Oh my god, you have no idea… So, so many guests now allowed in the #F1 paddock all waving phones in the air. Shooting the post race Parc Fermé has become a war zone not helped at all by guests being allowed in to the pit lane before accredited photographers. https://t.co/kBnl4Vu8YY

"(The budget cap) is still to be clarified how well that works out, but there are all the right rumblings, and I’ve had enough conversations with Chase to understand that is the direction they want and need to take the business. For me, that spells financial opportunity, and looking at 2021 onwards, a profitable business opportunity."

"Brendon Hartley could become another former Formula 1 name to race in the Formula E championship following the loss of his Toro Rosso seat."

"Is electrification on the (agenda) in the future potentially? Yeah, it certainly is. Can I see a time in the future that we will have that? I definitely do."

"Arrivabene has also said that interest from other teams in technical director Mattia Binotto is 'fake news'. It is not. There is one very firm offer on the table and another, ‘we’d be very interested in having a talk with you,’ opening for the man credited with turning Ferrari into the most technically creative team of the last two seasons."

I think he’s actually turning out to be a reasonably competent driver. A journeyman, as they used to say. Given how terrible the Williams was this year, he had some decent finishes and finished ahead of Brendon Hartley in the championship. And nobody doubts Brendon’s skill, or the STR13’s pace. Certainly Hartley was desperately unlucky, with five retirements to Stroll’s two, but Stroll finished ahead of him on several occasions as well.

Of course there are guys who ‘deserve’ to be in F1 more than him – you only have to look at the man he’s replacing for that – but he’s not bad. I honestly don’t believe a team like Williams would have given him the drive, all his dad’s money notwithstanding, if they’d thought he’d be an embarrassment. And, looking at it objectively, he really wasn’t.

I think I’ve said this before: he reminds me a lot of Pedro Diniz, another man who was ridiculed as a ‘pay driver’ when he started out but, while he’ll never be counted among the greats, gained some grudging respect over the years.
Duncan Snowden