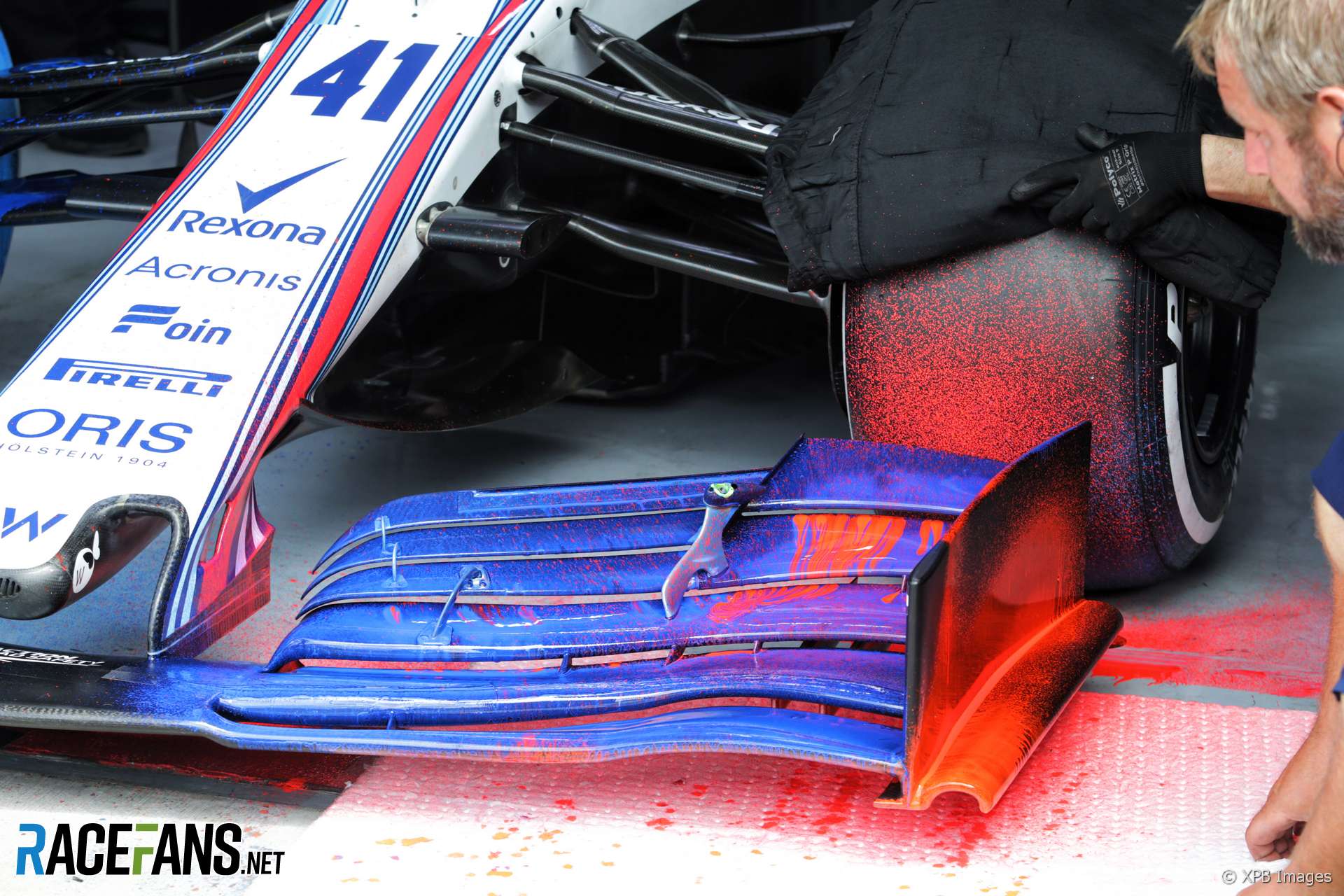 Formula 1 cars are going to look rather different this year. Wider front wings and taller, deeper rear wings will create a generation of machines resembling the designs of 2009-13.

While those may not have been the best-looking cars F1 has ever seen, and drivers are concerned the new generation won’t look great either, the hope is that the action will be rather more fun to watch. There’s two reasons why this could be the case.

One is that it will might the field. The front wing affects the airflow over every other part on the car. Change that, and teams have to re-evaluate their entire aerodynamic philosophy.

This could affect some more than others. Red Bull, who’ve made great strides with their aerodynamics since the start of 2017, are obvious candidates. That may hand those outside the ‘big three’ a chance to trim their deficit.

But realistically, the front-running teams are where they are because they have vastly larger budgets. The same thing which has put them at the front of the field is likely to keep them there, regardless of whether the rules change.

That brings us to point two: the reason why the wings have been changed. Simply put, this is to make it easier for cars to follow each other closely and thereby improve the quality of the racing.

Some critics of the change, including prominent figures at (perhaps unsurprisingly) Red Bull, have suggested the goal was to slow the cars down. This isn’t the case.

While it’s true the FIA originally claimed the 2019 cars would be up to one-and-a-half seconds per lap slower because of the change, this is a side effect and not a goal. The goal was to make it easier for the cars to follow each other more closely. Those suggesting that the new rules will have failed if this year’s cars are no slower than last years are being disingenuous.

The purpose of the 2019 rules changes is to prevent teams from using complex ‘outwashing’ designs which have been blamed for the difficulties drives face when following other cars closely. The intricate sculpted end plates, which force air around the sides of the car, have been a feature of front wing design for almost a decade.

The prototype 2019 front wings tested by Force India and Williams last year indicate they are about to become a thing of the past. Will that make the racing better?

Mercedes director Toto Wolff cast doubt on the change. “I think we have found solutions that we can get the air again around the car,” he said last year. “It’s not going to change an awful lot.”

This is the usual problem with trying to ban a technology in Formula 1. Teams aren’t going to un-learn the benefit of a particular design, so they’ve just going to seek a new way of creating it.

And of course, Formula 1 cars are incredibly sophisticated machines. How the new car behave when following other cars closely depends on many other factors. How badly does it affect their cooling? Will it cause their tyres to go off? Pirelli plan to bring more conservative tyres this year may therefore help aid cars running more closely together.

Even so, many expect the effect of the new wings to be minimal at best. Last year some drivers said the turbulence from another car could be felt from as much as seven seconds behind.

The FIA’s head of single-seater matters Nikolas Tombazis says the change is the product of one of the most thorough research programmes on overtaking ever attempted. Soon we will discover how it has fared against the combined ingenuity and resources of 10 of the world’s best racing car builders.

It may be that the best we can realistically hope for is that F1’s new wings stop the overtaking problem from getting any worse, rather than making it better.