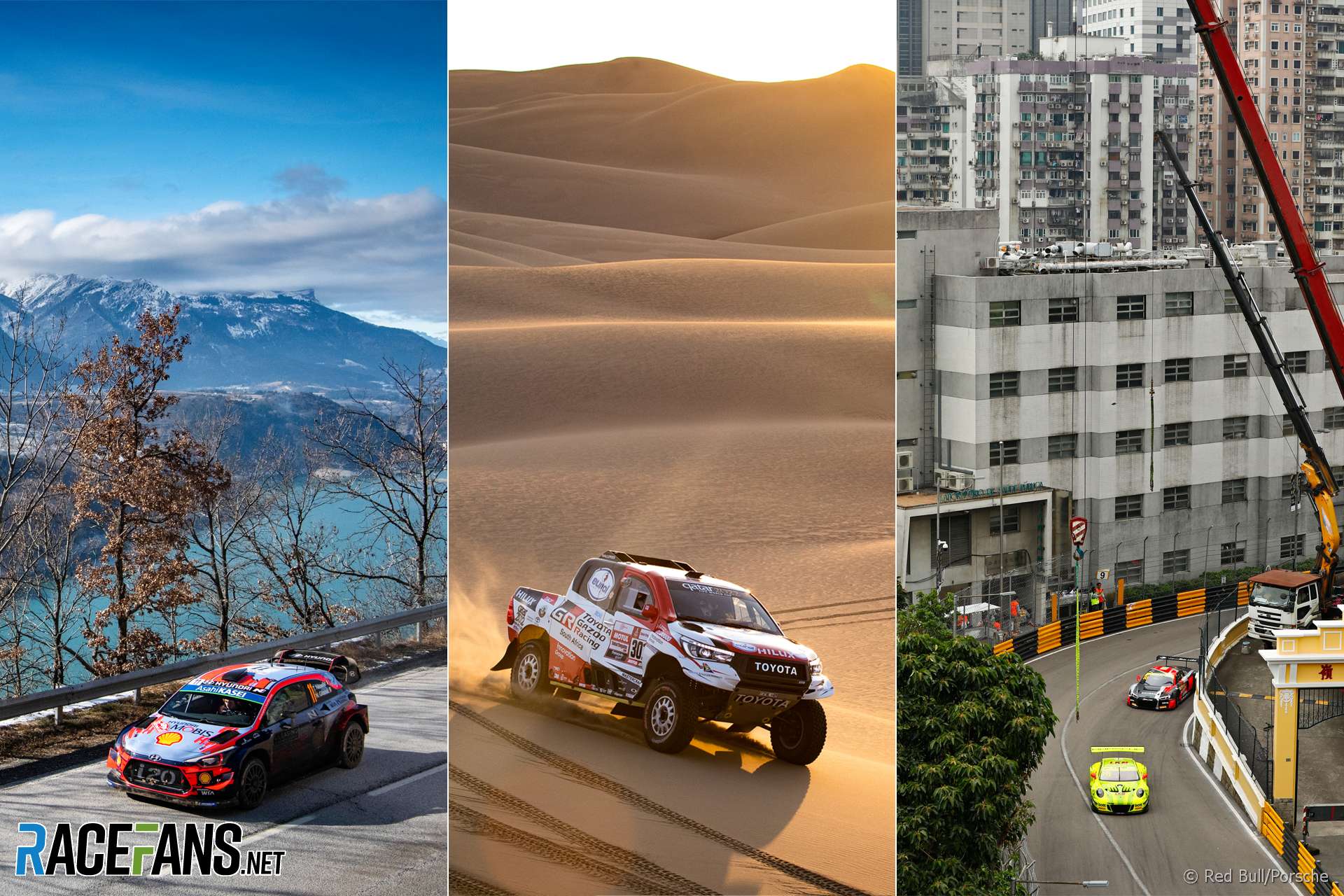 Following on from his Le Mans 24 Hours victory last year, the two-times Formula 1 world champion is building one of the most enviable resumes in motorsport.

Following his retirement from F1 last year he has the free time to enter virtually any racing series he puts his mind to. Any racing team owner would pick up the phone if Alonso’s on the other end.

He’s already pursuing a goal of winning the motorsport ‘triple crown’, which he will do if he wins the Indianapolis 500 this May. But Alonso has said he wants to prove himself the ‘greatest ever’ and achieve something unprecedented.

So where should he race to do that? And where would you most like to see him race? We’ve compiled a list of 15 possible targets, cherry-picking the best and most diverse offerings in the world of four-wheeled motorsport for you to choose from.

Where could Alonso race next?

Alonso is already active in IndyCar and will return to Indianapolis this year. He has not indicated a desire to contest the full season, despite completing a road course test at Barber Motorsports Park last September. But McLaren has signalled an interest in taking on the full championship with its own team, and Alonso would be an obvious choice for the car.

Other American series he may consider include NASCAR. Alonso did a car swap with seven-time champion Jimmie Johnson in Bahrain last year, and described the season-opening Daytona 500 as “one of those iconic races”. A full IMSA season may also appeal following his Daytona victory, or if he fancies a short – much, much shorter – racing format, he may opt for the 10,000bhp thrills of the NHRA drag racing scene.

His success in sports cars and long format races point to the GT World Cup at Macau of Nurburgring 24 Hours as possibilities. Both would give him the chance to make his race debut at two of the great circuits in motor racing. Another of the great tracks awaits him in Bathurst, home to the famed 1000 kilometre Australian Supercars race. There are plenty of other options if he’d prefer to keep a roof over his head, such as join former team mate Jenson Button in Japan’s Super GT series. He could closer to home in the DTM, which would probably add a Spanish round just for him, or challenge his versatility even further in the European Truck Racing championship.

Rumours abound that Alonso may be about to make the transition from sealed surfaces to the rough stuff. He gave the strongest indication yet after his Daytona win, and has been linked with a possible test in a Dakar-ready Toyota Hilux. Although he’s previously dismissed, perhaps a World Rally Championship outing could be a possibility after all or – slightly closer to his current skill set – a World Rallycross Championship appearance.

Alonso’s goal of achieving the unprecedented in motorsport will require him to win a variety of races that no other driver has done before. In order to do this the Daytona 500 and Dakar Rally have to rank high on his to-do list, however, he can’t put any of this before winning the Indy 500: winning the Triple Crown is his stated goal.

If a full season entry into IndyCar is needed to get the necessary experience to win the Indy 500 that is what he needs to do. Winning the Dakar Rally and the Daytona 500 alongside his Triple Crown will ensure he goes down as one of the most versatile racing drivers in history.

And what events should we have added to our list? The 24 Hours of LeMons? The British Lawnmower Racing Championship? Have your say in the comments…

Which series or events would you like to see Alonso compete in? (select one or more)

46 comments on “Which motorsport challenges should Alonso tackle next?”