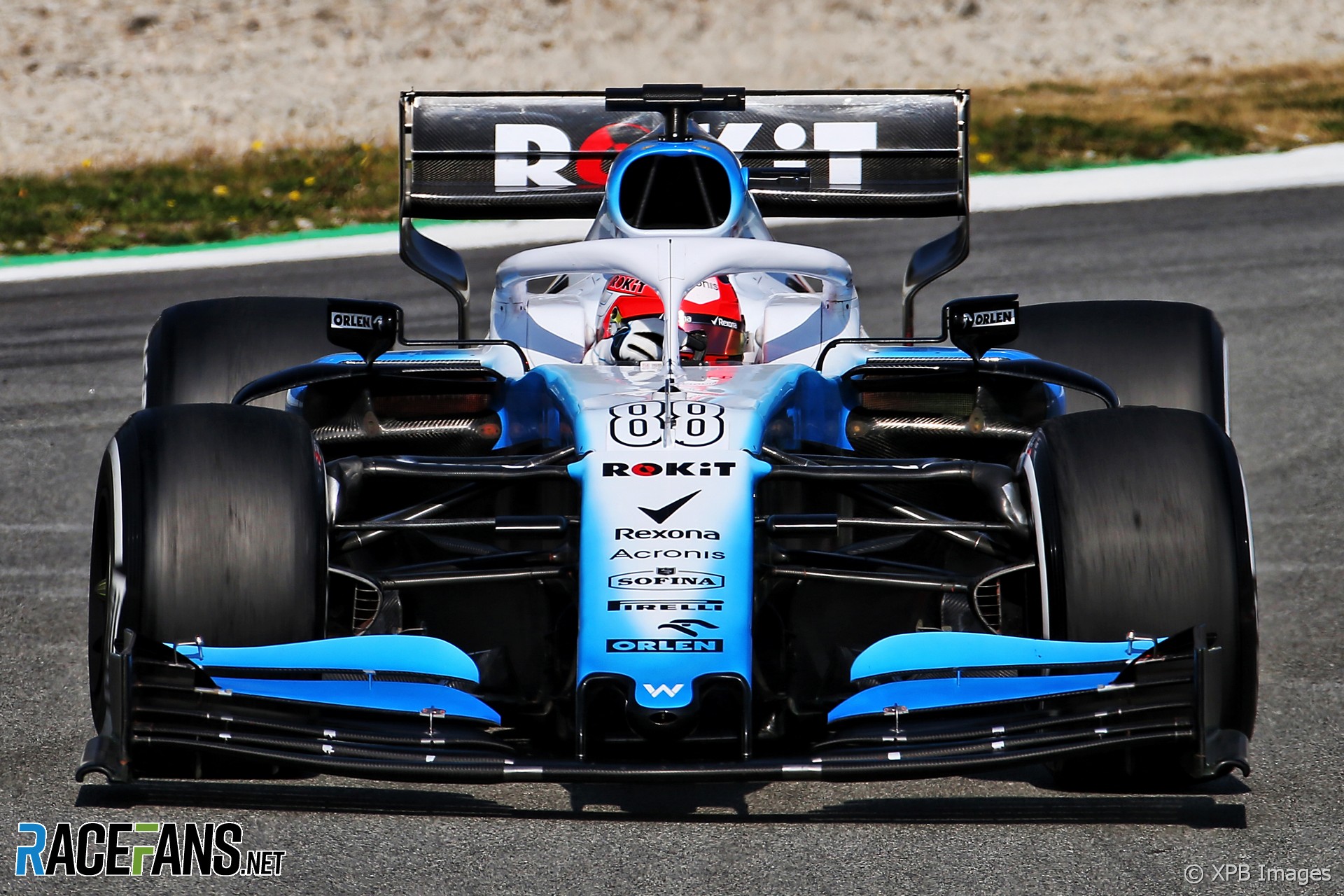 There’s no missing the vast, two-metre-wide front wings on the new 2019 F1 cars. But do they work the way they’re supposed to?

When the new front wing rules were agreed last year the FIA claimed the research behind it “indicated the strong likelihood of a positive impact on racing and overtaking within F1.” In other words, that drivers would now be able to follow each other more closely.

But after four days of testing drivers are not yet sure whether it has worked. Or, in the case of some, exactly what the change was supposed to achieve.

“I didn’t know that was the reason for the rule change,” said Lewis Hamilton when asked whether he thought the wings would improve the racing.

“I’ve been behind one car think out there and it seemed fine, didn’t seem different to last year in that respect. But I’m hopeful that it will be better for close-combat racing. Time will tell, I’ve not really been up behind too many cars.”

Most other drivers reported something similar. Kimi Raikkonen said he “never really got to the position to say if it’s any different from last year.”

However Daniel Ricciardo said his first experience of running behind another car was encouraging.

“It actually seemed alright but at the time I was lapping quite a bit quicker. I think the car – I don’t know what car it was but I assume they had more fuel – so maybe that’s why it was easier for me to follow.

“But if that was a like-for-like it felt better. I don’t want to get too excited, we’re still going to feel it, don’t get me wrong, but I would like to think that was a sign that we will feel a bit less.”

By simplifying the design of the wings, the FIA hoped to prevent teams generating ‘outwash’, the turbulent air around the side of the car which negatively affects a following car.

But the teams, of course, are only concerned with how the wings perform on their cars. When asked by RaceFans whether the new wings had eliminated outwashing, Racing Point technical director Andrew Green admitted: “I have absolutely no idea whether they do that or not.”

“We only look at the performance of our car,” he said. “Not the car behind our car.”

However he did confirm they hadn’t recuperated all the downforce losses due to the new designs. “We’re still down,” he said. “We’ve still got a bit to go.”

In pushing to regain that lost downforce, teams will inevitably be looking at ways to recreate the lost outwash, as Renault’s technical director Nick Chester explained.

“Front wings is going to be a big one [for development],” he said. “There’ll be a lot of work on front wings.”

Chester said the main goals for front wing designers will be “trying to get outwash, trying to stop the wheel wakes coming back under the floor and trying to try to generate more performance that way.”

There is also the question of whether the different approaches to front wing design taken by some teams, such as Alfa Romeo and Ferrari, produce more ‘outwash’ than other designs.

The final four days of testing next week may provide more answers, particularly as we are likely to see more teams attempting race simulation runs. More likely, we’ll need to see a few races before judging whether there really has been a “positive impact on racing”.

30 comments on “Will F1’s new wings create better racing? The jury’s still out”