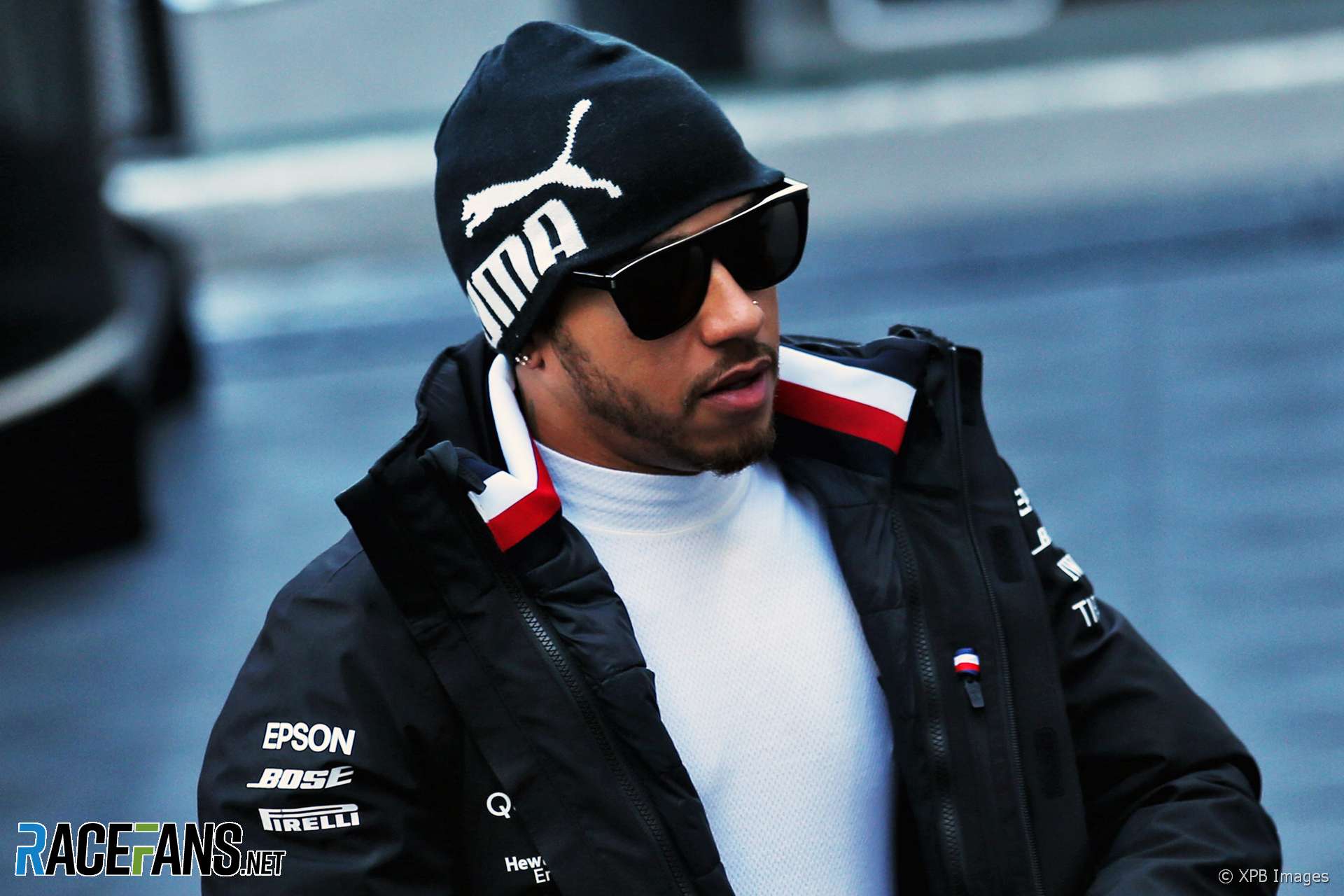 Lewis Hamilton is concerned by Formula 1’s declining popularity in Britain as live coverage of the sport moves away from free-to-air to pay-TV broadcasts.

From the 2019 F1 season only one of the 21 races will be shown live on free-to-air television. The number of people watching F1 races live in the UK has fallen as a result.

“I didn’t know those numbers,” said Hamilton when RaceFans gave him the figures during a press conference at the Circuit de Catalunya today. “That sounds terrible from a business point of view.”

“That’s definitely not cool,” he added. “I remember growing up and turning on BBC and watching ‘Grand Prix’, it was awesome.”

Hamilton said he understand why fans were unwilling to pay hundreds of pounds a year for a pay-TV subscription to watch F1.

“I don’t currently understand that pay TV situation but it’s not my job to come up with the answers for that. But I do understand because it’s bloody expensive nowadays with everything you have in a home with all your insurance and all the things you do end up paying and then on top of it you’ve got to pay for TV, and for a TV licence, it’s ridiculous. So I can understand it.

“I’m pretty sure that number’s not going to change because the economy, it’s difficult times for everyone.

“It is a shame that the fans are not getting to see as much because the more people you have at a grand prix the more atmosphere, it’s the fans that make the sport what it is so the more you almost block them or deter them the worse the business is going to be for the people that own it.

“But again it’s nothing to do with me I’ve just got to arrive and when the fans do come or the people I do get to meet at the races I just try to utilise that opportunity to connect with them.”