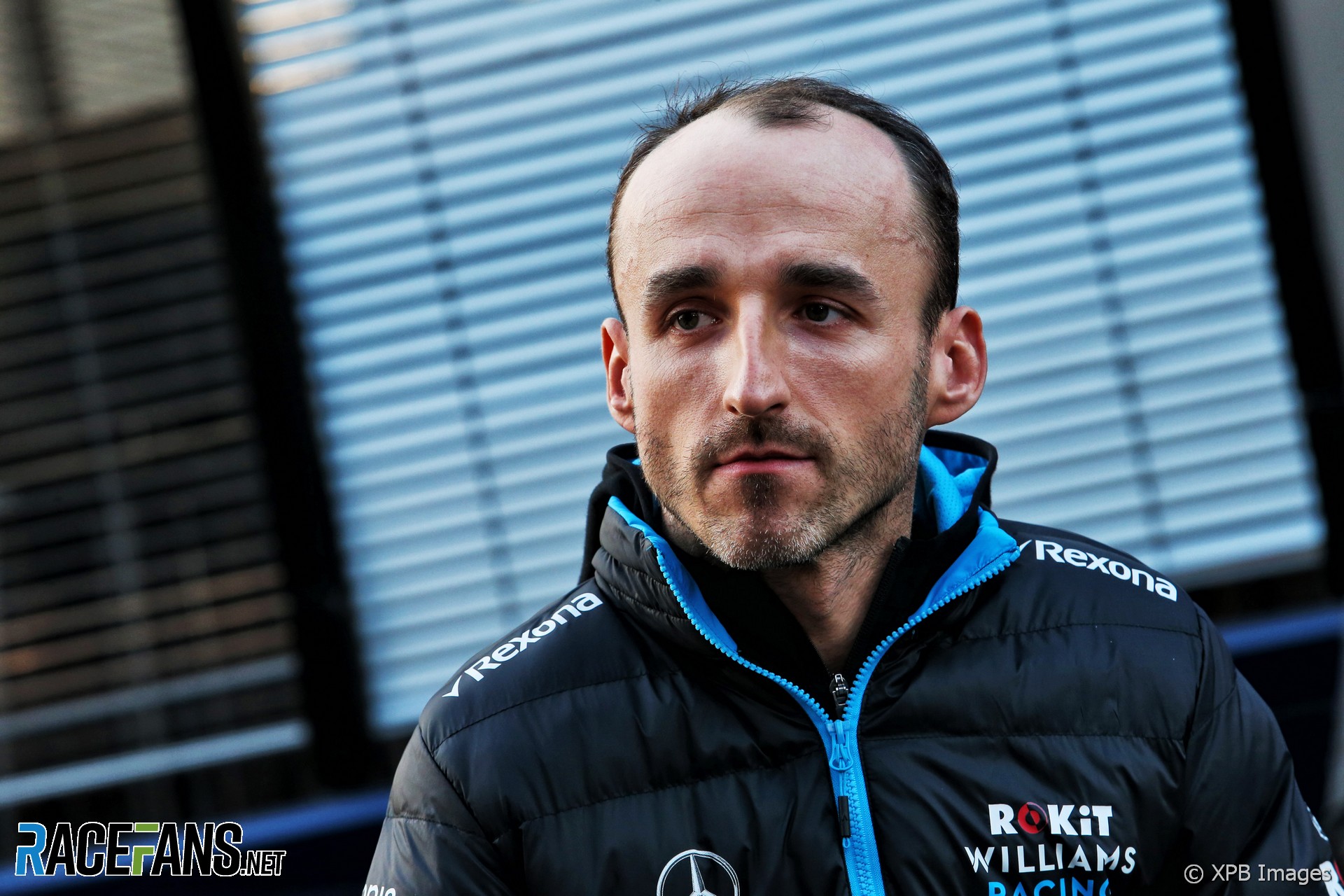 Robert Kubica says his final day of running in the Williams before the Australian Grand Prix has left him with little idea what to expect at the first race of the year.

Kubica covered 90 laps in the FW42 on Friday but said afterwards he hadn’t got a feel for “the maximum of the car”.

“We had some issues,” said Kubica. “Unfortunately the car was not representative to what it should be.

“This had a big impact on our test, our running programme today. All the information was misleading and some way [it was] also difficult to get some information, any information for Australia.”

“There were some positive things,” he added, “but as I said it’s difficult to say [if] it moved forward when actually you are staying in the garage or you are running in the car which is not in the configuration it should be It’s difficult to get any valid information, any valid feedback.”

Williams did not begin running until the third day of testing last week due to the late completion of the car. Kubica said he is still unsure how competitive the car will be.

“First of all we have to solve our issues. I think there is no point us talking about upgrades if we have to still recover [from] our problems.

“Anyway when the car was, let’s say, in proper configuration, which unfortunately it wasn’t today, the feeling was not bad. But I think performance-wise first you have to solve the issues then think about performance otherwise it’s confusing.”

25 comments on “Kubica frustrated by lack of representative running”