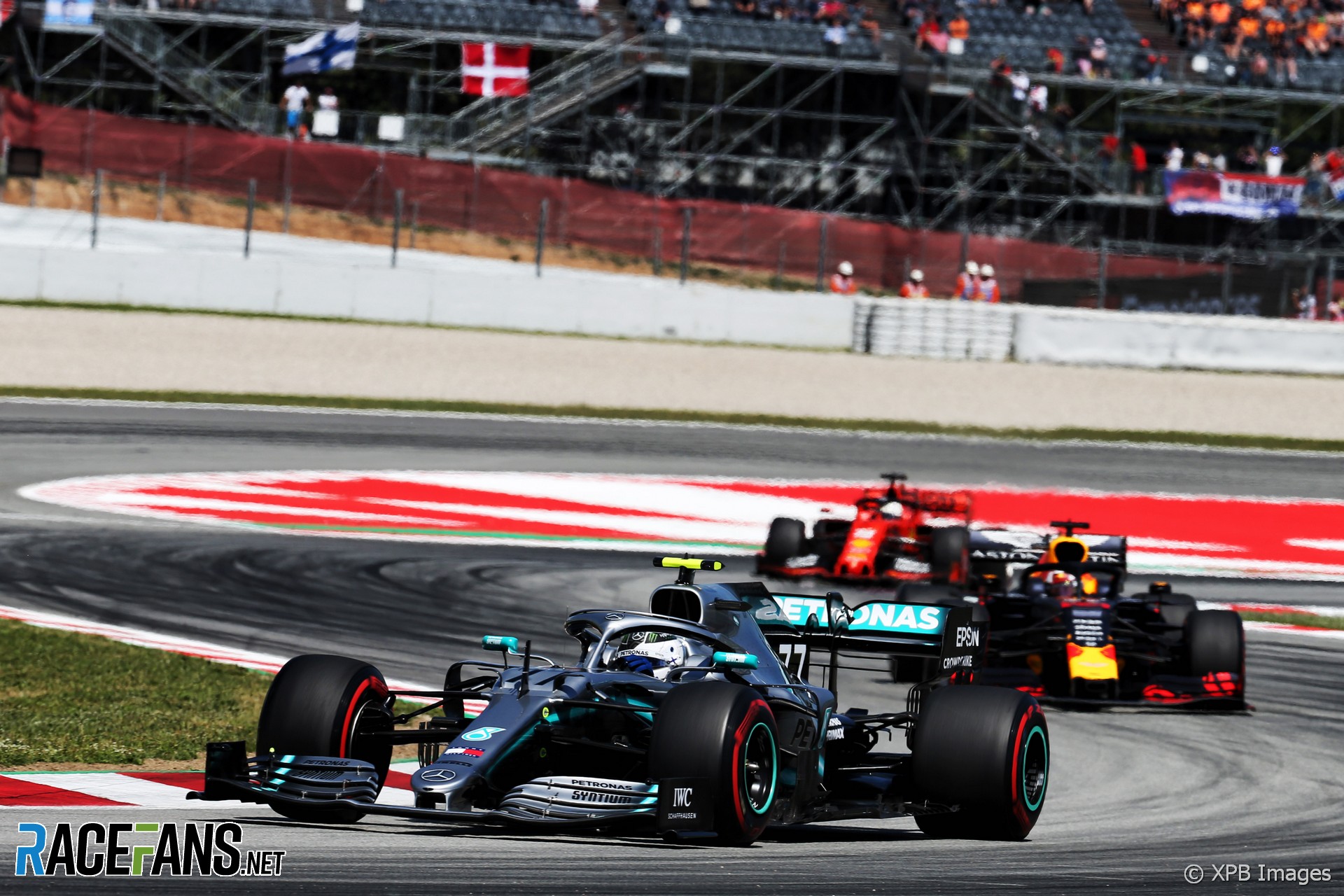 Valtteri Bottas says there was no difference between his race pace and team mate Lewis Hamilton’s during the Spanish Grand Prix.

The Mercedes drivers were separated by up to 10 seconds at one point during the race. But Bottas said the disadvantage of running in Hamilton’s slipstream masked his performance.

“Honestly from my feeling there was no pace difference at all today,” he said. “That’s my feeling.

“I know the difference when you’re at the front you can control the pace, manage the tyres completely in the way you want in the free air. At this type of track it makes such a difference. You feel it when you are behind, even four seconds away, you feel in the corners you are sliding more. It doesn’t need much sliding and your tyres are going to finish earlier.

“So I’m not worried at all about the race pace. I think it looks pretty identical and I really think the main thing was who ends up first after turns one and two.”

Bottas blamed a problem with his clutch for the slow getaway which allowed Hamilton to pass him at the start. He said it wasn’t as frustrating as his similar experience in China, where Hamilton took the lead off him as he lost traction crossing the start/finish line.

China “was a bit more my own fault” said Bottas. “I felt I could have done something better there.

“Here if I [did] it again I wouldn’t do anything different. We are still investigating, we can definitely see the vibration on the clutch, abnormal behaviour which cost me that few crucial metres on the way to turn one.

“So as a driver it’s annoying but it can happen and knowing this team we’re going to fix it and it won’t happen again. I’m not blaming any individual in the team. These things can, unfortunately, happen in motorsport. We’ll learn from it.”

22 comments on “Bottas: “No pace difference” between me and Hamilton in race”