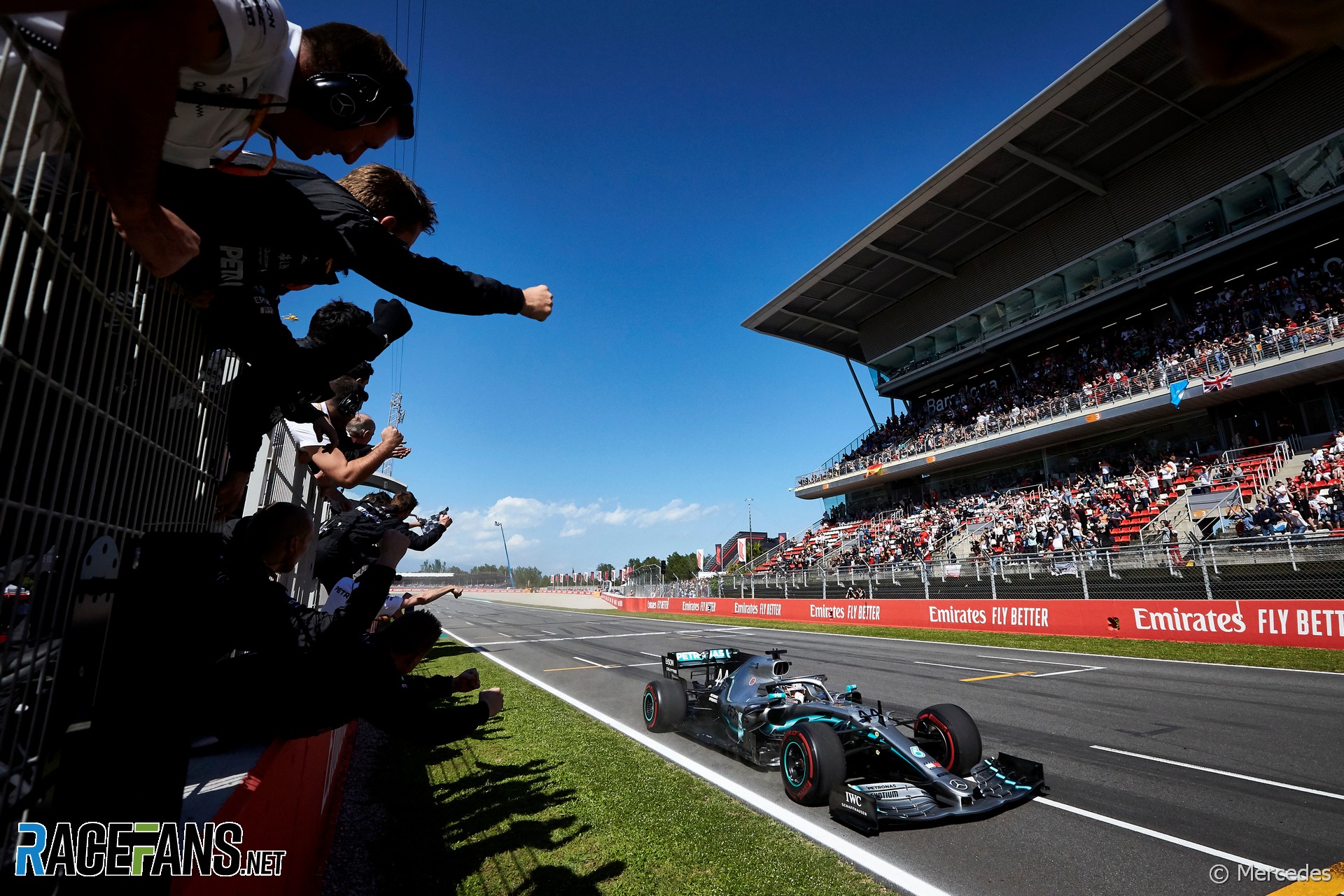 Mercedes have their rivals reeling with a near-perfect start to the 2019 F1 season over the first five races.

With five consecutive one-twos, and two fastest laps from a possible five, they’ve scored 217 out of a maximum 220 points.

No F1 team has ever won every points-scoring round of the world championship. The high watermark was set in 1988 by McLaren, who notched up 15 wins from a possible 16.

Completing a clean sweep of this year’s 21 races is potentially a much tougher challenge for Mercedes. Their competition is much closer than McLaren faced 31 years ago, when they qualified more than three seconds ahead of their closest rivals at some rounds.

Mercedes has always been cautious when it comes to managing expectations. So it’s no surprise team principal Toto Wolff played down the possibility of them remaining undefeated until the season-ending Abu Dhabi Grand Prix on December 1st.

Asked whether he thought his team could win every race this year, Wolff answered: “No.

“First of all I think you need to stay humble. Both feet on the ground. We’ve had five fantastic performances now with five one-twos but we don’t take it for granted. That’s really the mindset that we are having.”

Mercedes’ superior slow-corner performance at the Circuit de Catalunya marks them out as possible favourites in Monaco this weekend. But Wolff pointed out their recent record at the track is not great, and expects the race to be a “tremendous challenge” for them.

“We’ve not performed well in Monaco these last years. That was a track you remember how strong Ricciardo was last year in the Red Bull. I think we need to take one step at a time.”

Depressingly for their rivals, in Spain Mercedes enjoyed their biggest one-lap performance advantage since 2016. But Ferrari and Red Bull and not yet prepared to accept the possibility 2019 could be a clean sweep for Mercedes.

“We never give up,” said Ferrari team principal Mattia Binotto. “Our objective, the ultimate objective, is to do better than in Barcelona.

“Each circuit is different. Monaco will be a different circuit. I think our car’s got some strengths, certainly weaknesses, but as well some strengths.”

As for the suggestion Mercedes could win every race, Binotto said: “I think it’s certainly too early for such an assumption.”

Red Bull team principal Christian Horner has known dominance in recent seasons, such as when Sebastian Vettel scooped the 2011 and 2013 titles. He also doesn’t expected Mercedes to achieve a clean sweep.

Arguably, Mercedes’ five consecutive one-twos flatters them somewhat, indicating their superiority over the rest of the field is greater than it is. While they clearly overwhelmed the opposition in Australia and Spain, Ferrari had clear changes to beat them in Bahrain and Baku, but were undone by a combination of team and driver errors.

Will Mercedes win all 21 races? They have the team and car to do it. But it is as much a question of whether their rivals will allow them to do it.

37 comments on “Will Mercedes win every race? They – and their rivals – think not”