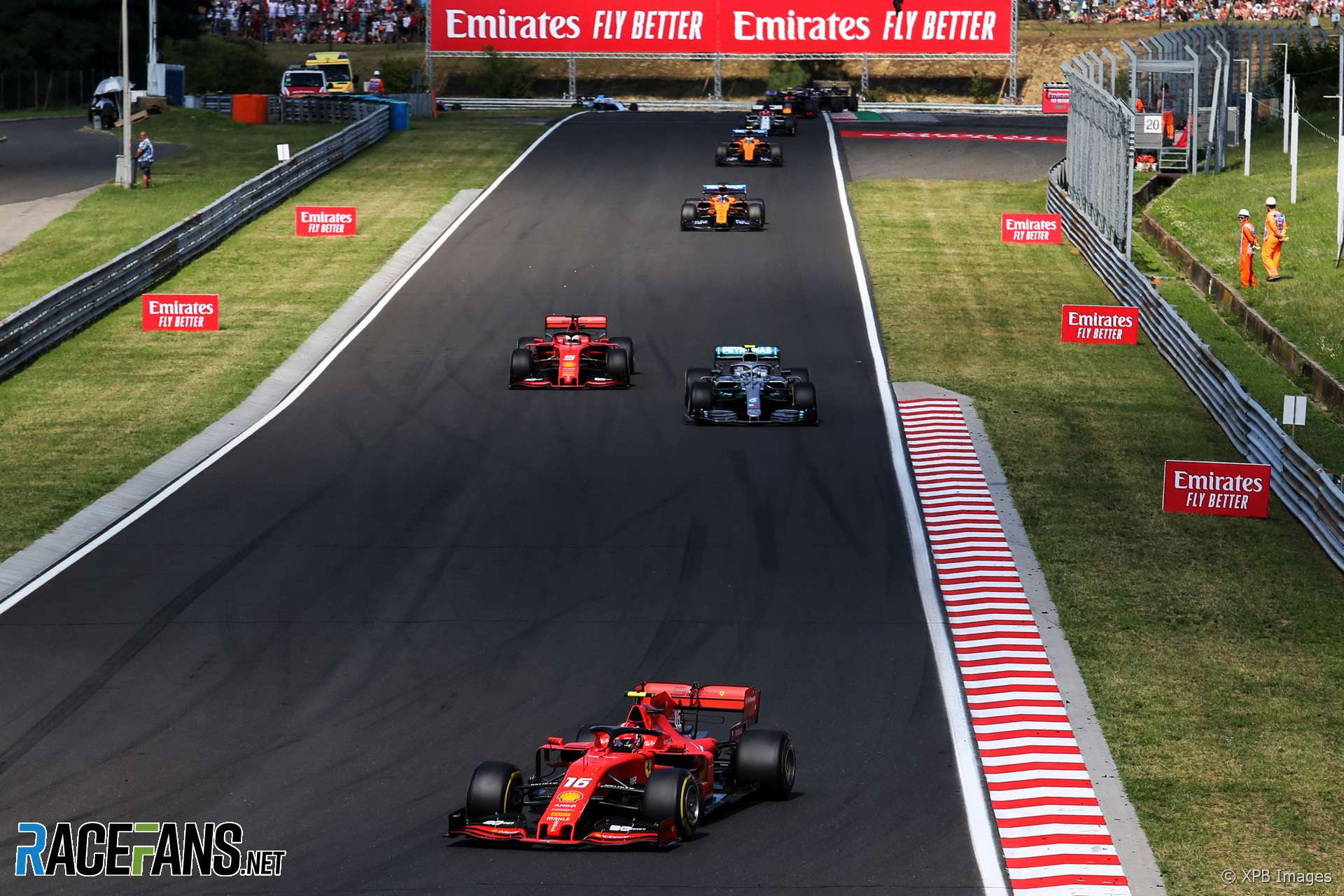 Valtteri Bottas blamed Charles Leclerc for this first-lap collision between the pair which badly compromised his race.

The pair made contact as Leclerc overtook Bottas between turns three and four. Bottas said the collision went beyond the acceptable limits of “hard racing”.

“At the time when it happened I thought that I was just focused on something else and maybe didn’t see him, but it happened pretty quick.

“But then when I saw the onboards, and when I saw it from Vettel’s onboard, that was pretty clear. I was just going straight ahead, [Leclerc] was on the right and he would have been anyway ahead of me before turn four going straight. But then suddenly he just swept across and for me it was too late to react.

“I love hard racing, that’s for sure, but that was just completely unnecessary and for sure compromised my race. He was lucky not to get a puncture. That’s not how it should be.”

The contact with Leclerc capped a poor start to the race for Bottas, who had already locked a wheel at the first corner unsuccessfully trying to pass Max Verstappen.

“Then going into turn two I had some understeer because of that,” he explained. “It was all OK, Lewis [Hamilton] was on the outside but there was still room for two of us.

“Maybe I left a bit too much because he could carry good speed into turn three. We were side-by-side, for sure he didn’t leave any room for me so that compromised my exit out of turn three, I had to lift.”

That led to the collision with Leclerc, which forced him into the pits for a front wing change. “It really compromised the race and [I was] losing big chunks of time in the beginning,” said Bottas.

“Then we stopped early, going through traffic all through the race, that was really the story.” He finished the race eighth.