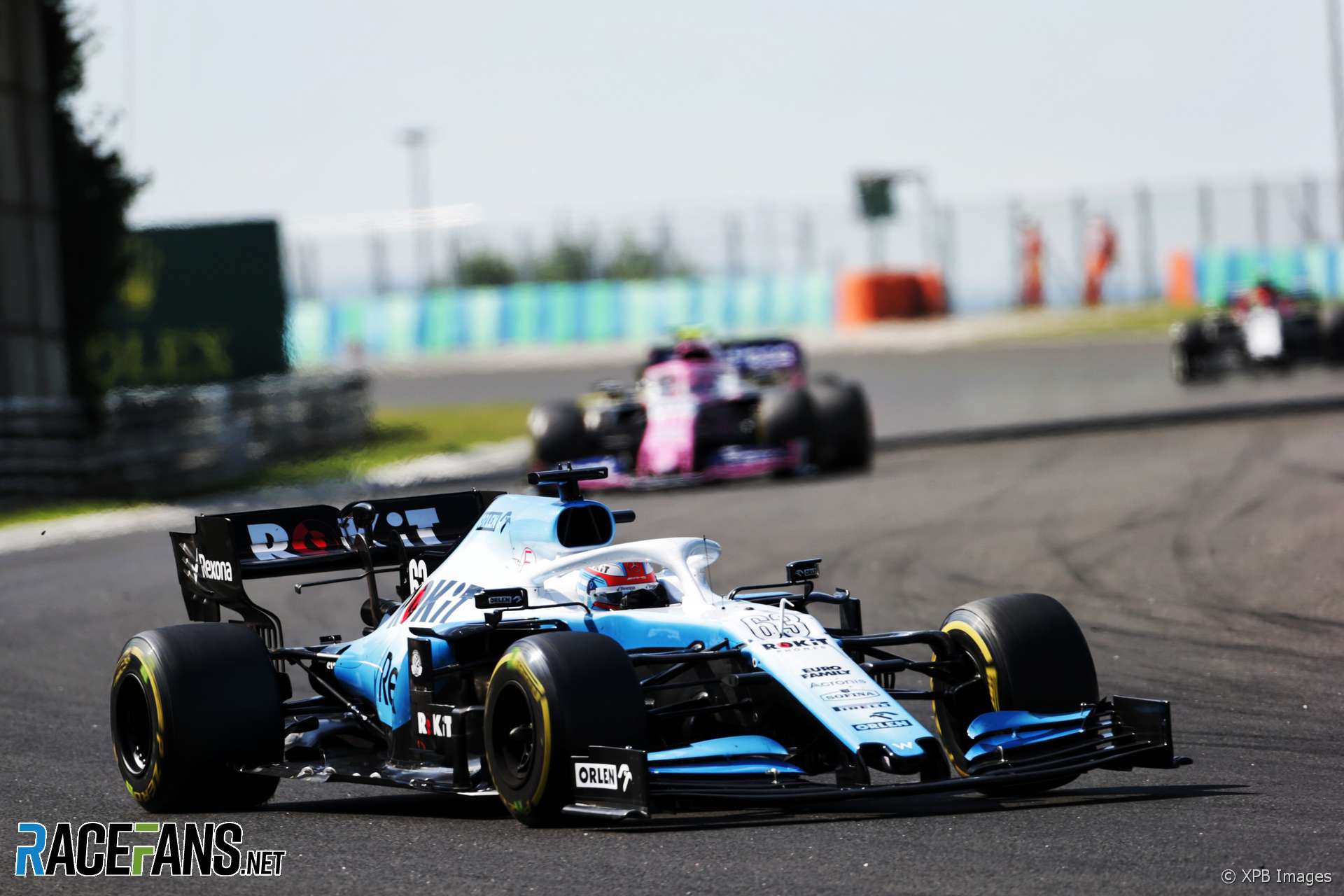 Russell’s qualifying effort was simply mega, even if the final starting position was flattered somewhat by rivals who got in each others’ way. he was a stunning 1.293 seconds faster than Robert Kubica.

Even more impressively he managed to keep a couple of Williams’ midfield rivals behind to the chequered flag. While 16th place may not seem like much, we may not see a better drive for such a lowly position for some time.

He may have missed out on victory, but it’s hard to see how he could have done any more to earn it. Having finally secured the first pole position of his career on Friday he held his advantage at the start from the faster Mercedes drivers.

Lewis Hamilton came at him hard following their first round of pit stops but Verstappen positioned his car perfectly to thwart the Mercedes driver’s attacks. But there was nothing the team could do after Hamilton pitted for a second set of mediums and began closing the gap. Verstappen’s hard tyres gave up too soon – a problem he was not alone in experiencing – and DRS ensured he was defenceless as the Mercedes swept by.

Despite once again not quite getting the best out of his car in qualifying, Hamilton was simply phenomenal in the race. Having carefully picked off Valtteri Bottas at the start, he hunted down Verstappen over the rest of the stint and got himself into a position to attack.

While Verstappen resisted him initially, Hamilton produced rapid laps following his switch to mediums which allowed him to bring the Red Bull driver into sight. He easily took his eighth win of the year from Verstappen.

Like Hamilton, Sainz was shown the way by his team mate in qualifying but had a better race. A strong start made the difference, getting him ahead of Pierre Gasly and Lando Norris, and he impressively kept ahead of the Red Bull driver through the pit stops.

Gasly has gone into the summer break with barely more than a third of his team mate’s points total because of too many weekends like this one. He felt happy with his car on Friday, and managed to get through Q2 on the harder tyres for once, but he was clearly less comfortable in the car on Saturday, and qualified over eight-tenths behind Verstappen.

He lost three places at the start, and though his team recovered a couple through the pits, he still finished behind Sainz’s considerably slower McLaren.

While Sergio Perez could blame Daniel Ricciardo for him failing to get out of Q1, Stroll was over four-tenths slower than his team mate. He gained little ground in the race either, saying he spent his afternoon stuck behind a Williams, words no one else has uttered all year.

Valtteri Bottas couldn’t have chosen a worse time to mess up in more ways than one. Throwing away the advantage of a first-row start at the Hungaroring, and doing it on a weekend when his future at Mercedes was already under fierce scrutiny.

He tangled with Charles Leclerc, who in that first-lap clash and Q1 crash, both of which could have had serious implications for his weekend, has been flying close to the sun recently. Although he out-qualified Sebastian Vettel again the senior Ferrari driver’s race pace was better, though Leclerc’s apparently inability to engage his ‘K1 plus’ power mode helped Vettel make his pass for third place.

Lando Norris out-qualified Sainz but again appeared to pay the price for being cautious at the start. His problems were then amplified by a slow McLaren pit stop due to a wheel nut problem. That dropped him behind Kimi Raikkonen, who decisively out-shone team mate Antonio Giovinazzi again, the latter complaining of an unspecified tyre problem in his first stint.

In a reversal of the situation in Germany, Alexander Albon was the first of the Toro Rosso drivers home but Daniil Kvyat arguably drove the better race, brilliantly passing his team mate after a long-range lunge at turn one. Unfortunately that put him on Toro Rosso’s first-choice strategy, which involved an early pit stop which left him on badly worn tyres later in his second stint. Albon therefore claimed the final point.

He did so at the expense of Sergio Perez, who made a valiant bid for the top 10 after Daniel Ricciardo compromised his qualifying effort. The Renault driver misjudged whether he would have enough time to start his final flying lap in Q1, and compromised his and Perez’s last runs as a result. With Nico Hulkenberg suffering an engine problem throughout the race, this was another point-less weekend for Renault.

Ricciardo’s efforts to regain ground were frustrated by Kevin Magnussen, who brought the new-spec Haas in 13th, while his team mate retired the older car, which he’d dragged into Q3. Hopefully that told Haas something useful. Robert Kubica was again lapped once more than his team mate.