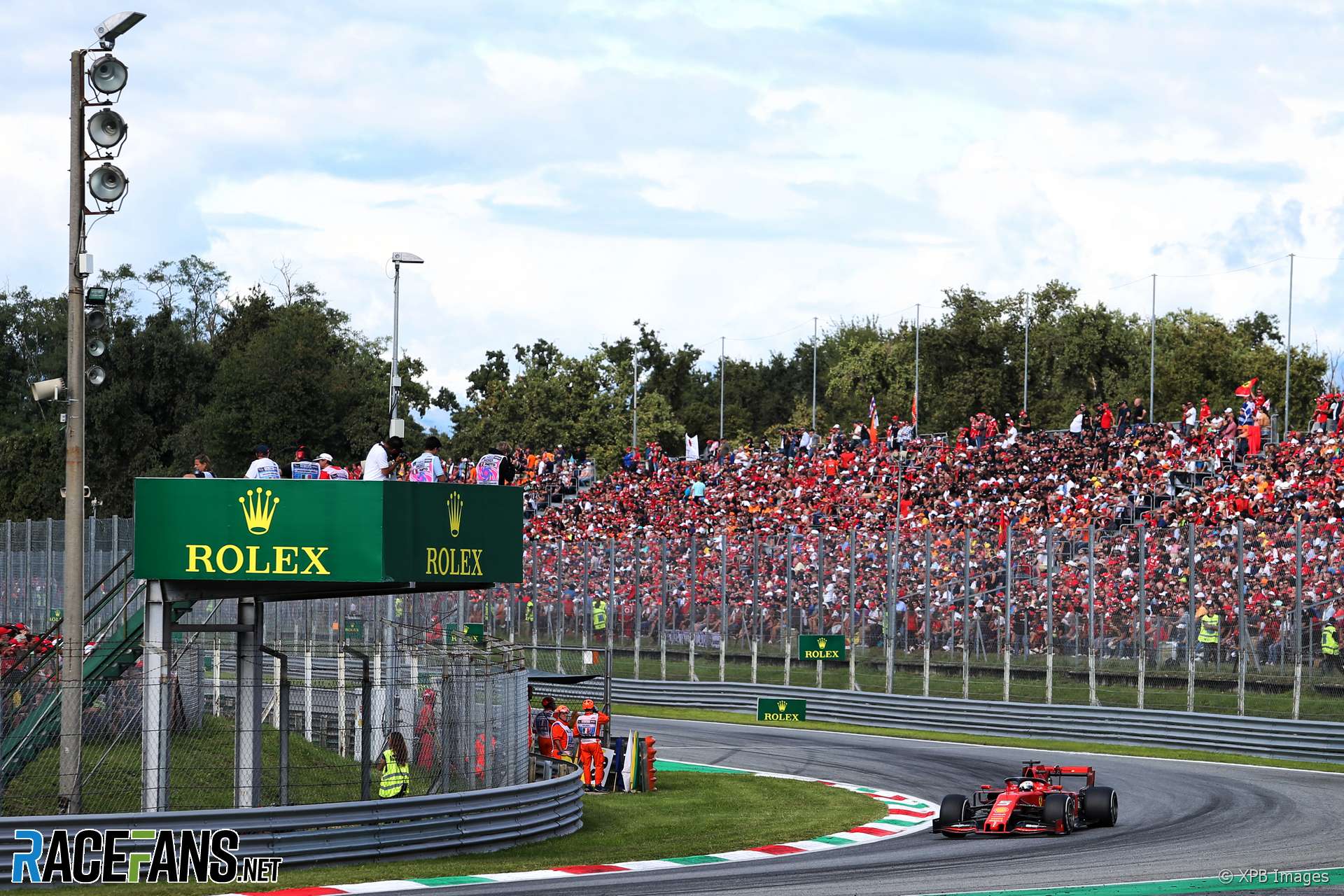 Gravel run-offs could be restored at parts of Monza’s Parabolica corner in an effort to prevent a repeat of last weekend’s controversy over whether one of Sebastian Vettel’s lap times should be deleted.

Vettel’s first run in Q3 was allowed to stand after the stewards admitted they could not establish with certainty whether he had gone beyond the track limits at the exit of the high-speed corner.

The corner is bordered by asphalt, which replaced the grass and gravel run-off in 2014, to the concern of many drivers at the time. FIA race director Michael Masi says restoring a gravel run-off could be part of the solution to enforcing track limits at the exit of the corner.

“From what I understand that’s the way that it used to be many moons ago,” he said. “We’ve just got to look at it all. Is it bringing gravel back, is it having a double kerb and gravel, is it grass, all of the various solutions that we’ve got available and it’s having a look at all of it.”

Masi said another solution could be to keep the track as it is but add an electronic timing loop similar to that used at Raidillon at Spa to automatically detect if a driver has gone too wide.

“Is it that the solution we’ve got is actually the best solution in the circumstances and let’s put a few timing loops and if anyone exceeds it, it pops up on the screen and its done? I wouldn’t discount anything.

“It’s not as simple as just saying ‘yep, bang, let’s fix that’. There’s a whole lot of various inputs and factors that need to be looked at.”

A new solution will be looked at ahead of next year’s race, Masi added. “Probably for next year if there are changes made we’ll look at it with our safety department and the circuit inspectors, do the various simulations and have a discussion with the circuit as well.

“For me that’s a sort of prime area where you possibly put timing loops similar to what we have at Spa. That way it’s just automatic.”

“Anything that can be automated makes all of our lives far easier,” he added.