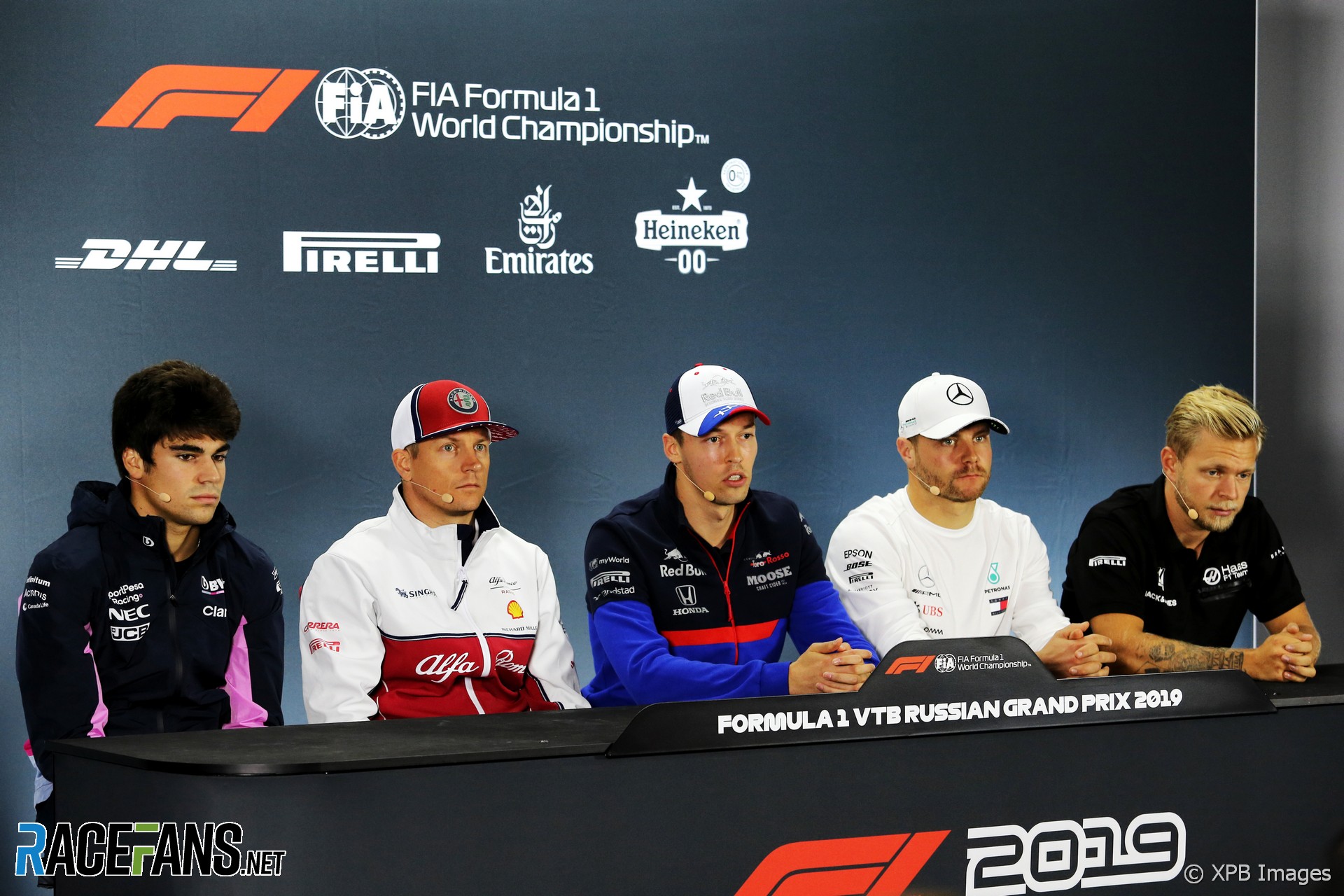 A proposal to trial qualifying races at some rounds of the 2020 F1 season continues to find little favour with drivers.

Speaking in today’s FIA press conference Lance Stroll warned the idea of using a short race or races on Saturdays may not produce exciting action.

“I think it would be a shame to see the current [qualifying] format disappear,” said Stroll. “It’s very exciting, the fans love it.

Valtteri Bottas echoed Stroll’s view that it would be “a real shame to lose proper qualifying”.

“I think all the drivers really enjoy pushing the car to the limit for that one lap in qualifying,” he added. “I find it very enjoyable so would be a shame.”

Formula 1 is planning new regulations for the 2021 F1 season to allow the cars to race together more closely. Daniil Kvyat said this will have a greater impact on the racing than changing the qualifying format.

“It sounds just like a short fix to a bigger problem which is just that we need to try and bring the teams closer competition-wise,” he said. “There’s still a big gap between the top three teams and the rest of the field and if we could have five or six teams competing for a podium and a win I think would be just a lot more exciting racing as well.

“Now this year there was many exciting races of course but I still think that’s the main issue and if it’s a short-term fix, these races, then so be it, we have to do it of course. But I think the bigger picture needs to be sort more than that. ”

Kimi Raikkonen, the most experienced driver in F1 at the moment, said he preferred the qualifying format which was used when he first came into the sport 18 years ago.

“It depends obviously how they would do it but probably the qualifying can be more exciting than a short race,” he said.

“If I would change I would go back to where it was from when started, one hour time and I think there was three sets of tyres and 12 laps, do when you want those. Over the years there’s been many different ways of doing it and I don’t honestly know if it really changed the end result an awful lot.”

31 comments on ““It would be really boring”: More drivers rubbish plan for qualifying races”