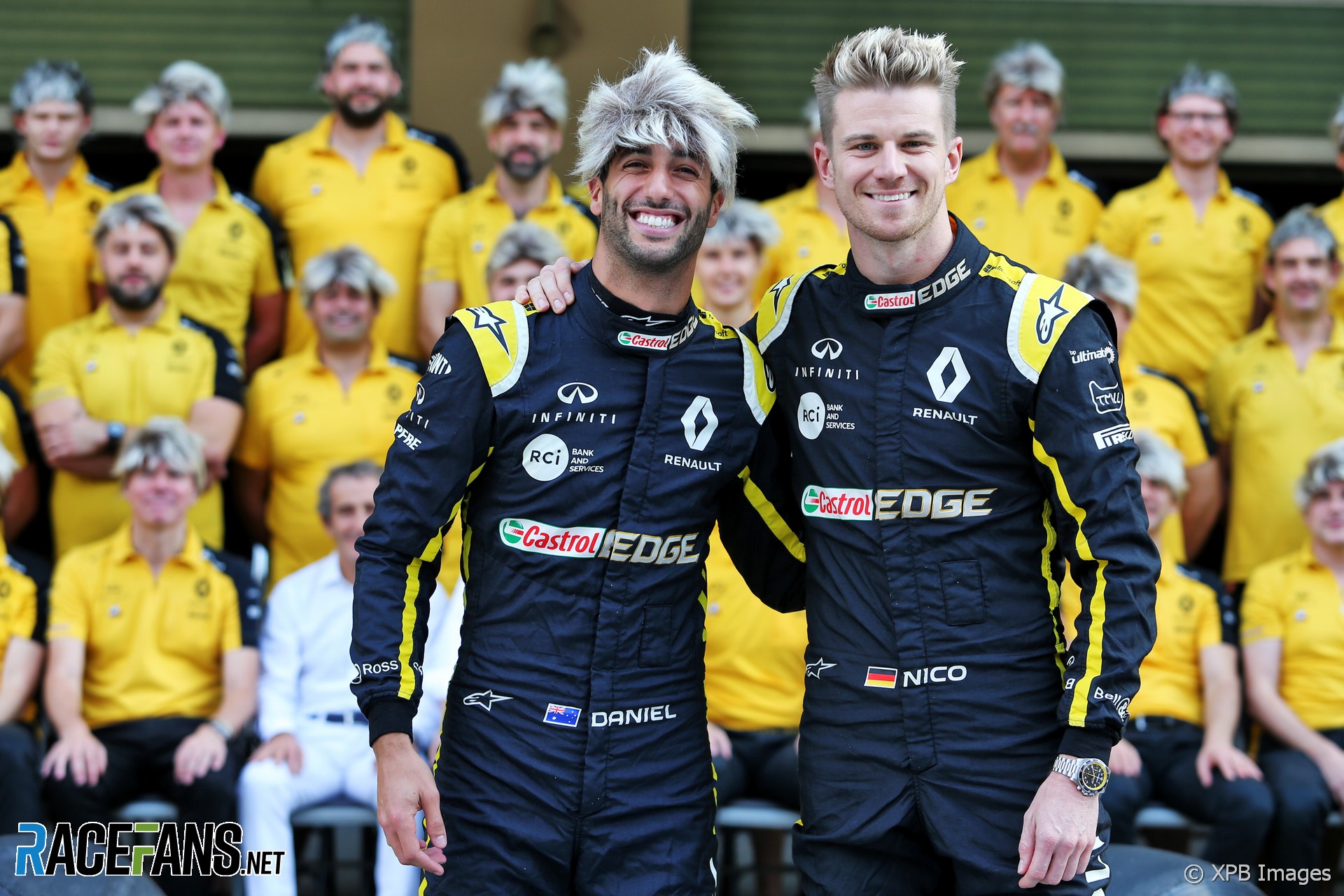 Nico Hulkenberg’s Formula 1 career appears to be over. Having entered the sport with Williams in 2010, and raced in almost every season since, Renault has shown him the door at the end of a three-year stint at the team.

He’s had a succession of different team mates at the time. The latest, Daniel Ricciardo, conclusively held the upper hand this year, though Hulkenberg’s season was not without highlights.

Moving from the downforce-smothered Red Bull to an altogether trickier and less forgiving Renault, Ricciardo adapted to his new car and surroundings quickly. He quickly established the upper hand over Hulkenberg on Saturdays, out-qualifying his team mate 14-7.

But it’s easy to overstate the extent of Ricciardo’s advantage in the head to head qualifying battle. Hulkenberg was seldom far behind. The pair were separated by an average of only seven hundredths of a second, one of the smallest margins on the grid.

Hulkenberg’s share of the team’s points did not fall that far short of his team mate’s, though when both saw the chequered flag Ricciardo was usually ahead. And the points gap probably would have been even higher if the newcomer hadn’t suffered three more mechanical retirements than Hulkenberg.

The RS19’s performance fluctuated from track to track – though not to Haas extremes. A factor which set Renault’s two drivers apart was Ricciardo’s ability to capitalise when the car had the potential to do well. His performance at Circuit of the Americas exemplified this: Ricciardo finished ‘best of the rest’, resisting Lando Norris under tremendous pressure – while Hulkenberg took ninth.

The nadir for Hulkenberg came at his home race where he squandered a clear podium chance, skidding into the barriers in the rain. Three races later the team’s best result of the season came at Monza where Ricciardo, having slipped behind his team mate at the start, passed Hulkenberg to lead a four-five for the team.

How far was Hulkenberg’s performance a factor in Renault’s decision to drop him? He suggested the team had other reasons for wanting to bring Esteban Ocon in – after all, the team had tried to sign Mercedes’ junior driver 12 months earlier.

But there’s no avoiding the fact Ricciardo solidly had the upper hand, and did so in his first season in an unfamiliar car and team. Renault will surely take this as a sign that there’s more to come from the package when this combination has fully gelled.

Despite often find each other close by on-track, Ricciardo and Hulkenberg never came into contact with one another over the course of the season, a testament to their experience and respect for each other. Ocon’s track record in this regard is less than stellar, and Ricciardo had a costly run-in with Max Verstappen last year, so Renault may have to keep a firm eye on their new pairing to ensure points are not squandered in 2020, especially after slipping a place in the constructors’ championship this year.

Daniel Ricciardo vs Nico Hulkenberg: Who finished ahead at each round

Times based on the last qualifying round at each race weekend in which both drivers set a time. Negative indicates Daniel Ricciardo was faster, positive means Nico Hulkenberg was faster