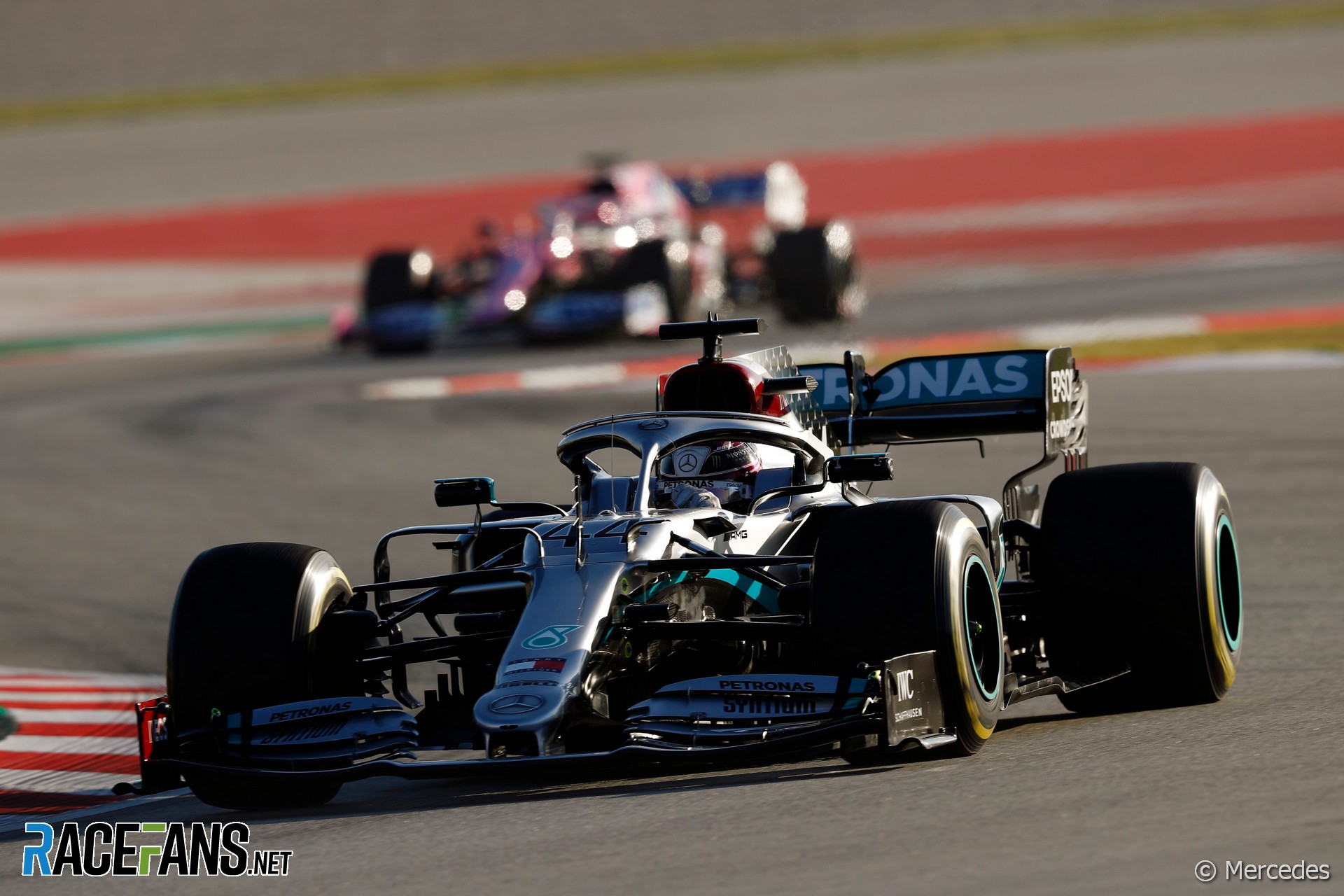 A proposal to introduce reverse-grid races at two rounds this year will not go ahead unless two teams join the others in backing the plan.

While some reports have identified Mercedes as the only team withholding support for the proposal, RaceFans understands Racing Point is also yet to decide whether to support it. As Racing Point is Mercedes’ power unit customer, its stance may be a political move.

Formula 1 managing director Ross Brawn said a similar plan failed to gain approval last year because it was opposed by two teams. The sport trying to win fresh support for the reverse-grid qualifying race proposal as a means of adding extra interest to the second events in the two double-header rounds it is planning this year.

The championship is set to announce double header races at the Red Bull Ring in July and Silverstone in August. Under the plan, the Saturday qualifying session at the second of those two weekends would be replaced with a 30-minute race to set the grid for Sunday’s grand prix. The Saturday race starting positions would be set by reverse championship order.

This would mean the starting grids for the second and fifth rounds of the championship would be established by reverse grid races. A driver could therefore secure pole position for the reverse grid race at round two being the first to retire from the season-opening grand prix next month.

RaceFans understands Mercedes and Racing Point agreed to reconsider the latest reverse grid proposal over the weekend and a decision on whether the plan will be adopted is expected this week.

Lewis Hamilton and Sebastian Vettel derided the reverse grid races idea when it was proposed last year. “I think it’s complete bullshit to be honest,” said Vettel, while Hamilton added: “The people that are proposing this don’t really know what they’re talking about.”