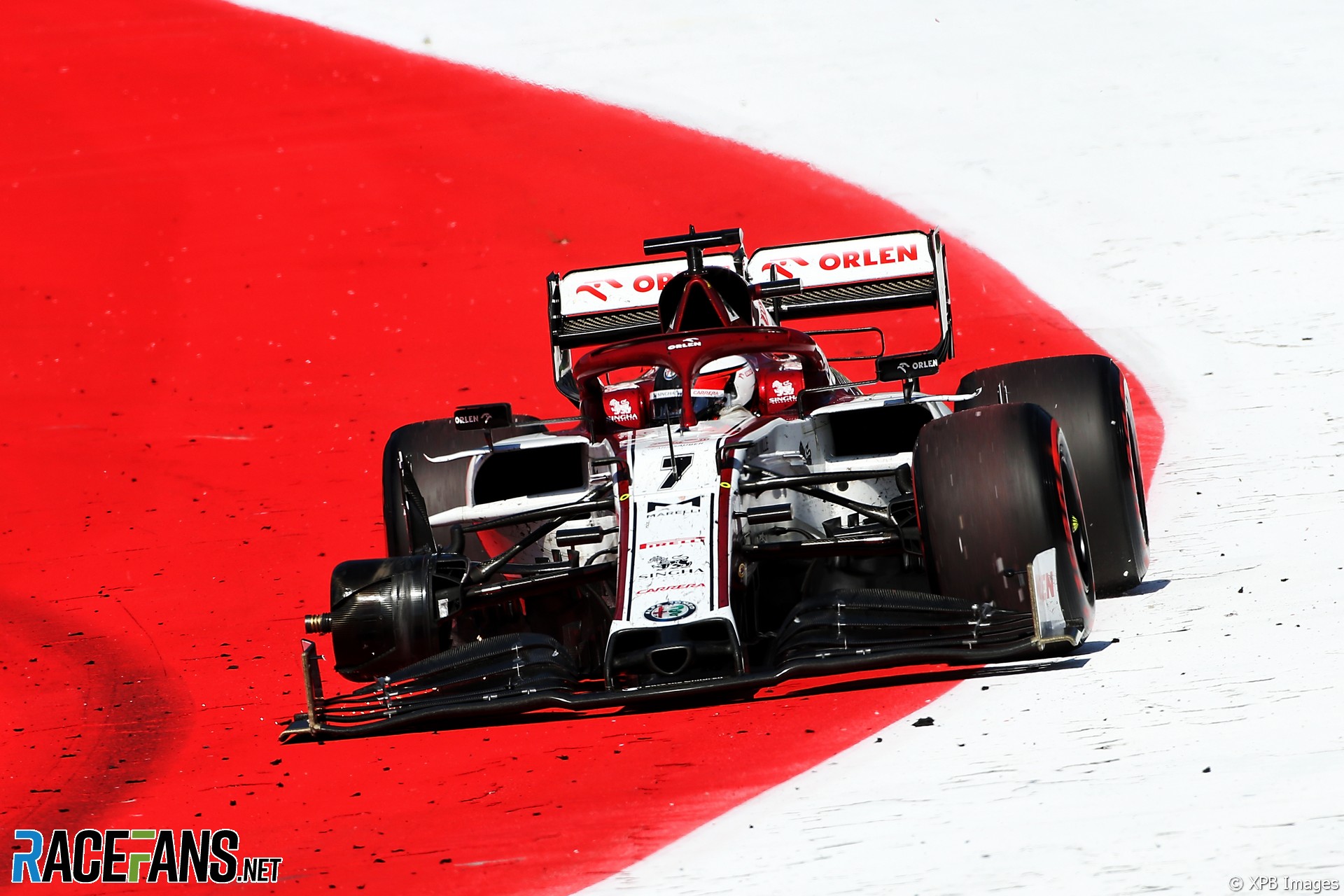 In the round-up: Kimi Raikkonen says Alfa Romeo fell well short of their pre-season expectations in the season-opening race.

Alfa Romeo were 1.1 seconds per lap slower in Austria than they had been last year, and the slowest of all 10 teams in qualifying:

Obviously the way it felt for us, that we were a bit better off in the race condition than in qualifying, in qualifying it’s putting together one lap and we haven’t made the best out of it. But for sure we also know we’re far from where we wanted to be in qualifying. I think it is generally we need to improve a bit here and there and try to find the best area for work with the car as quick as we can. We have some ideas this weekend, we’ll see if we can we can improve it and get a bit better.

You can always improve. Like I said we have some improvements in our head, what we can do purely on the set-up and how we would work on it. Obviously it’s a bit of a long time then when we did [first] running so I don’t think we maximised the potential of the car so we’ll obviously try to do that.

Some team principals/other personnel did it too, which also doesn’t seem so clever but for some it was for work purposes so slightly more understandable.

Still goes against the image of watertight protocols the sport had been working so hard to give off.

"The FIA is to investigate Valtteri Bottas and Charles Leclerc for breaking the sport’s Covid-19 protocols. Both drivers returned to their homes in Monaco after Sunday’s Austrian Grand Prix before coming back for this weekend’s race at the same circuit."

Flavio Briatore says he and Alonso have an 'excellent relationship' with Racing Point owner Lawrence Stroll but his driver is 'coming home' by returning to Renault.

"Movistar Plus to lose pay-TV exclusivity as race declared an event of exceptional public interest."

Will Sebastian Vettel still be an F1 driver next year?

He doesn’t sound like a driver that’s about to retire. Watch this space. I’d bet on Racing Point (Aston Martin). Would love to see it happen, a historic brand with a world champion driver at it’s launch.