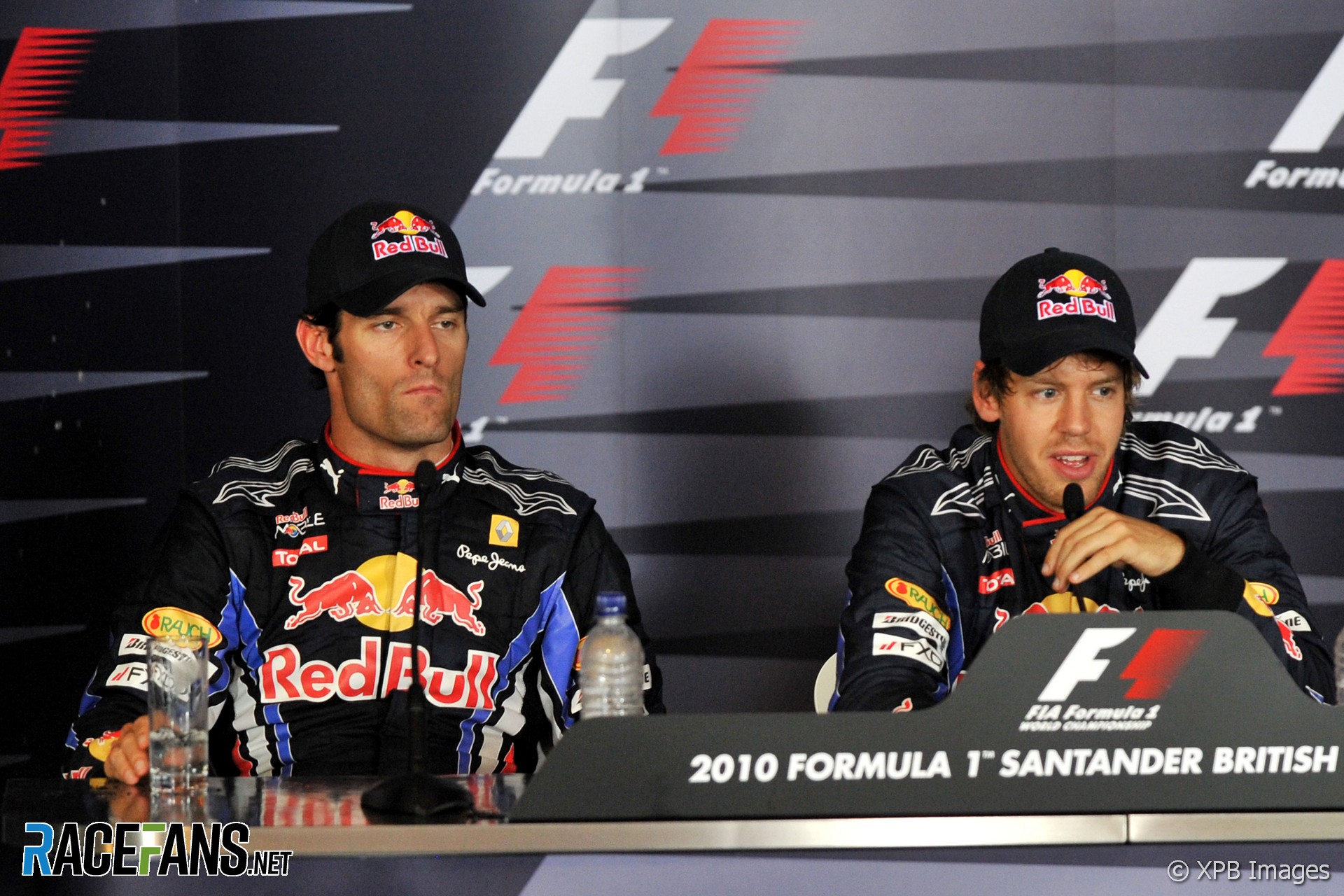 Sebastian Vettel is on pole position for the second year in a row at Silverstone, leading yet another Red Bull one-two.

But reigning champion Jenson Button starts in 14th place for his home Grand Prix after failing to reach Q3.

The usual suspects were eliminated in the first part of qualifying – all three of the new teams, with Heikki Kovalainen the fastest of the six.

Timo Glock managed to split the two Lotuses, but the gap between the new teams and the established runners was over two seconds.

Jaime Alguersuari qualified 18th and was unable to get into Q2. He briefly escaped the drop zone but a late improvement from Vitantonio Liuzzi – who had to use a set of soft tyres to do it – relegated the Toro Rosso driver.

McLaren sent both their drivers out on the soft tyres from the beginning of Q2, indicating their concerns about not being able to reach Q3.

During the final set of laps, Nico Hulkenberg’s efforts to improve were spoiled by Vitantonio Liuzzi, who had also held Button up in Q1.

Button wasn’t able to make it into Q3, his best effort seven tenths of a second off Hamilton’s, leaving him 14th on the grid. He described his car as “undriveable”, adding “the car felt good this morning”.

Webber ended the second part of qualifying fastest, after Vettel had headed the first part. The battle for pole position would be contested exclusively by the RB6 drivers.

From the beginning of Q3 it was clear this was going to be a repeat of qualifying in Barcelona. The Red Bulls were untouchable, over seven-tenths of a second quicker than their rivals and the only cars able to lap Silverstone and less than 90 seconds.

Webber took provisional pole position with his first effort but Vettel quickly nicked pole position off him. When Webber failed to improve with his last effort it confirmed Vettel on pole position for the second year in a row at Silverstone.

Vettel was the only one of the two running the team’s new front wing – the other one having broken on Vettel’s car during final practice this morning.

Fernando Alonso would surely not have qualified better than third even if he hadn’t been stuck behind another car at the start of his final lap. Lewis Hamilton salvaged fourth – ten places ahead of his team mate.