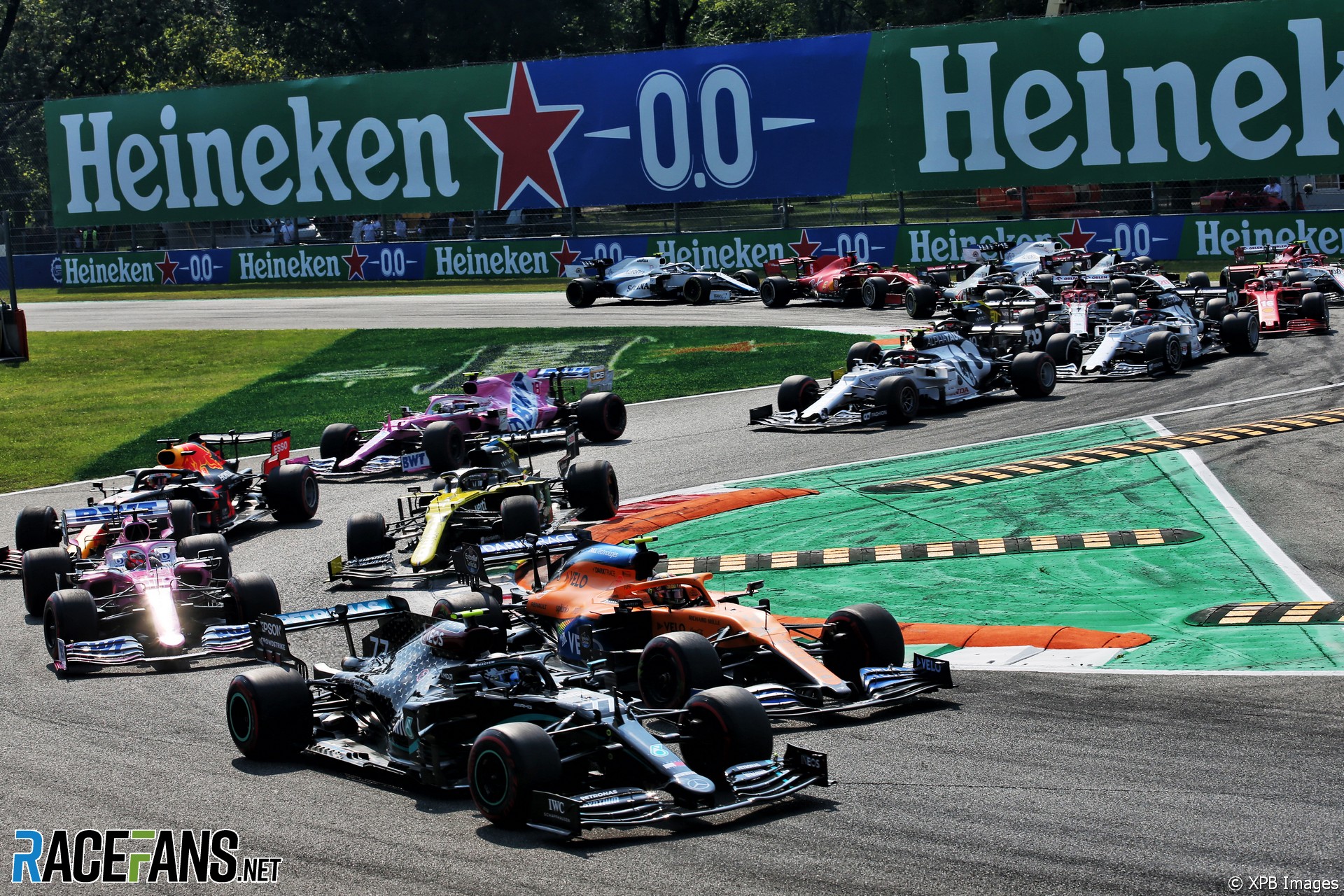 Formula 1’s hopes of introducing reverse-grid qualifying races next year have suffered a blow as McLaren have said they will not support the plan.

The sport’s managing director of Formula 1 Ross Brawn is keen to replace qualifying sessions with reverse-grid sprint races at some rounds in 2021. The short races would decide the grid for Sunday’s grand prix.

In order for the scheme to be introduced next year it must be approved by a ‘super majority’ of the F1 Commission. This requires at least 28 out of 30 votes.

The votes are shared between the 10 teams, who have one vote each, plus 10 votes for F1 and 10 for the FIA. Therefore if at least three teams oppose the plan, it will not be introduced.

“From the McLaren position it’s pretty clear for us,” said Seidl. “For us Formula 1 should be a championship, and always has been, where everyone is working within the same regulations and the best team with the best car with the best driver is in the end at the at the front in qualifying. And, if everything goes well on Sunday, also at the front and wins the race.

“This is why we are absolutely not supportive of the idea of introducing reverse grids.”

With little change expected in the competitive order next year, F1 is keen to introduce the proposal in order to create more variety in the races. However Seidl believes the new technical regulations coming in 2022 offer a better opportunity to improve the standard of racing without introducing “artificial” devices.

“We simply have to accept and also respect what Mercedes has done over the last two years in order to build up this dominance,” he said. “They deserve to be there because they do the best job by far, better than everyone else, and it’s simply down to everyone else trying to catch up.

“Next year, I’m aware that it is kind of an interim year, probably not seeing a big change of place at the front of the grid in terms of pecking order. But as I’ve said some weeks ago I think with everything that comes into the game and from 2022 onwards with the budget cap, the new technical regulations I think will help to close the grid again to have more competition and I think that’s positive. That’s why we think it would be wrong to introduce any artificial randomness now.”

Asked whether McLaren’s opposition means F1 will be unable to obtain the necessary votes to approve the rules change, Seidl said: “The process of changing the sporting regulation is pretty straightforward and defined and obviously, this is a discussion we will have behind closed doors.

“Again, from our side, I don’t see that we support this direction at all.”