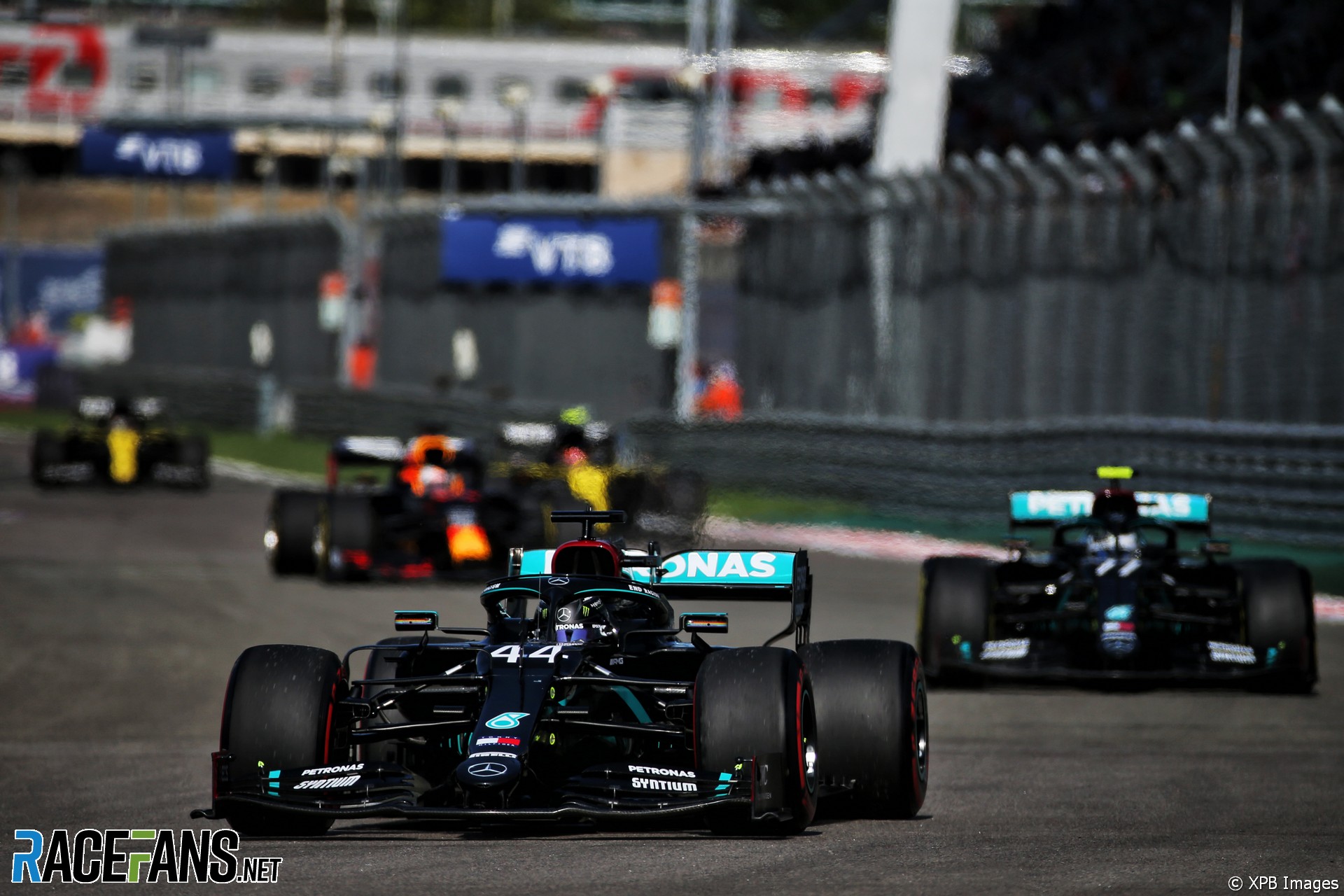 Lewis Hamilton says he believes someone is “trying to stop me” after he was given two penalties for his practice starts in the Russian Grand Prix.

Hamilton led the early stages of the race but finished third after serving a pair of five-second time penalties.

“I need to go back and see what the rules are and what exactly I did wrong,” Hamilton told Sky. “I’m pretty sure no one’s ever got two five-second penalties for something so ridiculous before.”

The Mercedes driver stopped near the end of the pit lane exit in order to perform his two practice starts. Hamilton insisted this wasn’t out of the ordinary.

“I didn’t put anyone in danger. I’ve done this at a million tracks over the years and never been questioned on it. But it is what it is.”

Speaking in the FIA press conference after the race, Hamilton explained why he decided to perform his practice start in a different location to other drivers.

“Generally, if you look at probably every race that I’ve done this year at least I always start further down,” he said. “I’ve never had a problem, done it for years.

“Here I haven’t done that before. But it says you have to be on the right after the lights, it doesn’t say how far.

“Often I don’t like to be on the rubber, that’s where everyone’s done all their starts, it’s not representative of what it’s like on the grid so I tried to get on the surface that doesn’t have any rubber.”

“It’s no different to Brazil – you drive to the end of the pit lane and you do you start. It’s actually probably safer where I was compared to Brazil because there’s a lot more space on the left. So an interesting decision.”