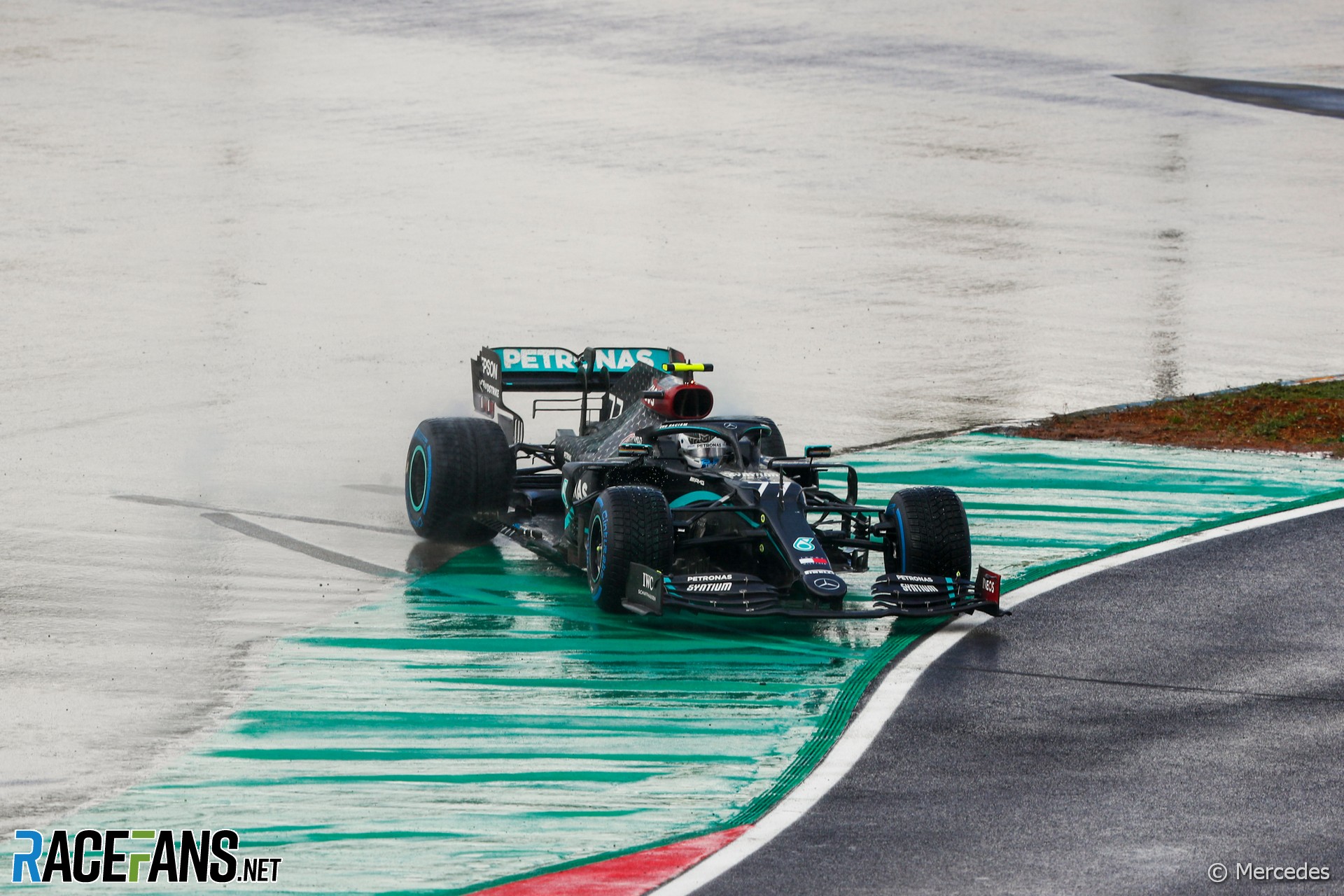 Valtteri Bottas admitted the Turkish Grand Prix was one of his toughest races in Formula 1 so far, after damaging his car on the first lap and spinning six times.

“It was a disaster race for me,” said the Mercedes driver, who first went off at the start when Esteban Ocon spun ahead of him. “Obviously I had the spin in the first corner when I was avoiding one of the Renault’s spins.”

Further around the opening lap Bottas had another, more damaging run-in with Ocon. “Then I had the collision in turn nine on the first lap,” he explained. “The car was not right after that.

“I could feel that the steering wheel was pointing to the left on the straight line and then in left and right corners the car was behaving differently.”

He went off a total of six times as he tried to make up lost ground. “I think all the moments I had, it was not like how it should be,” he said. “It was a messy race, a disastrous race.

“Obviously I was trying to push as hard as I could because there was nothing to lose for me today. So I dropped back, I was pushing as hard as I could and made mistakes. And for sure with the damage as well it made it quite tricky. It could be the most difficult race I’ve had in Formula 1 so far.”

Bottas, whose hopes of beating Lewis Hamilton to the world championship ended yesterday, took the chequered flag in 14th place and was lapped by his team mate. He said he wasn’t surprised Hamilton finished so far ahead “because I made so many mistakes and wasted I don’t know how many minutes with my spins and everything.

“It seems that once the track was getting drier our car was starting to work and I could feel that as well myself. So he had a good race, he had a really solid race without mistakes.