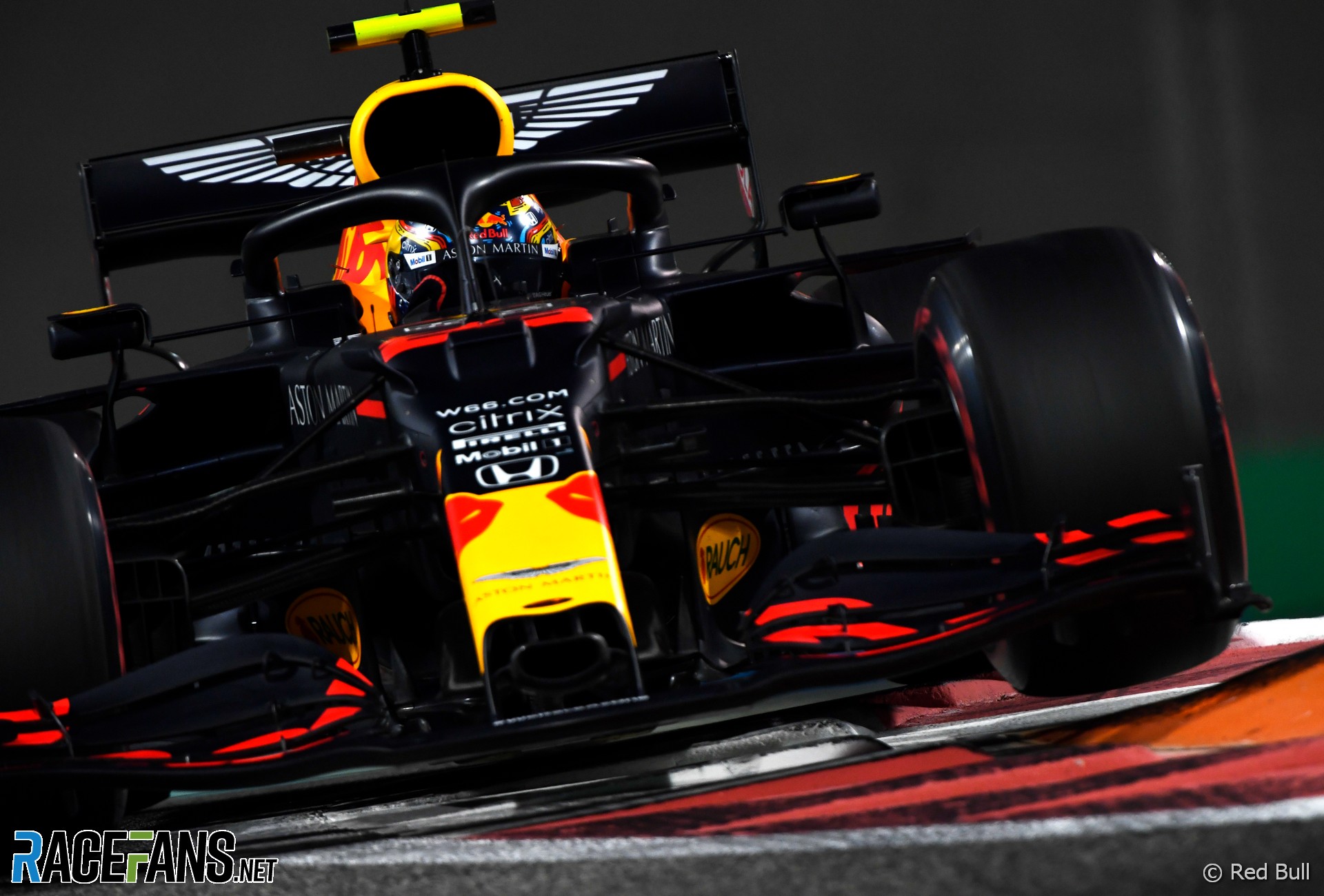 After qualifying for the Abu Dhabi Grand Prix, Alexander Albon was asked the question he knew was coming: How soon after this weekend’s race will Red Bull make their decision known on its drivers for the 2021 F1 season?

Red Bull’s plans for its two teams is the last unresolved question in the driver market for next season. Yuki Tsunoda is widely expected to replace Daniil Kvyat at AlphaTauri. But who will be Max Verstappen’s team mate next year?

What Red Bull want is a driver who can bolster its race-winning chances weekend in, weekend out. Too often in 2020 Albon hasn’t done that. But with Verstappen on pole position and Albon a useful fifth, he has the opportunity to prove he can do it in the season finale. It could be his last chance to lay claim to a seat in an RB16B.

Verstappen will start from pole position on medium tyres, with Valtteri Bottas and Lewis Hamilton behind on the same rubber, then Lando Norris and Albon on softs. Red Bull’s chief engineer for car engineering Paul Monaghan explained how the team see the complexion of the race.

“Clearly there’s some doubt over the soft to be able to competitively do a stint,” explained Monaghan. “Thus if you can put yourself on a medium – and our perception is that’s a more robust race tyre, less prone to overheating, which the C5 is – then we’re able to choose our first stint length as opposed to having it imposed upon us.

“If the soft tyre degrades there may be some more space behind us as it opens up. Then we can look to, if the Mercedes tries to undercut us if we go off in grid order, at least cover [them].”

Given Albon’s starting position, Monaghan expects he will be able to stay close enough to his team mate and the Mercedes to play a useful role in the race.

“Looking at the relative pace of the cars, the McLaren, the Renault, the Ferrari don’t appear to be as close to us as they have been. So I think Alex is not at too much of a detriment.

“We’ve got enough pace in the car that he will pull away from the runners just behind him, such that he’s not going to get stuck either. So there should be some space for him if he has to pit a little bit earlier than the others.

“Equally if he jumps a Mercedes then all well and good, it’s game on. Ideally he’ll get two of them.”

The latter point is definitely on the optimistic side of projections. But Monaghan’s insight shows the expectations Red Bull have of Albon. He generally hasn’t been able to play this kind of role in races so far this year. Too often he’s slipped back into the clutches of the midfield.

His first problem on Sunday will be getting around the McLaren of Norris immediately ahead of him. If he can do that he could be well-placed to support Verstappen’s bid for victory.

The worry for Albon is that Sergio Perez – his rival for next year’s Red Bull seat – will perform more of the kind of heroics he achieved last weekend, when he won after falling to 18th. He lines up 19th for tomorrow’s race following a power unit change. A fresh Mercedes motor plus a stack of untouched tyres could make for a spectacular charge from the back.

Perez has a role to play in one of the other major contests in tomorrow’s season finale: The fight for third place in the constructors’ championship. Racing Point arrive with a 10-point lead over McLaren, and Renault a further 12 points back.

Qualifying has left this fight intriguingly poised. McLaren have a clear positional advantage with Norris fourth, two places ahead of Carlos Sainz Jnr. Both will start on worn rubber: Norris soft, Sainz medium.

Renault have bagged the ‘new-tyre front row’ in 11th and 12th, the ‘Q3 tyre rule” playing into their hands. As last year’s race showed, this can confer a significant strategic advantage, allowing them to run longer in the first stint and have fresher tyres to attack with at the end of the race.

Finally Racing Point have a compromised position forced on them by circumstances. Perez starts at the back with fresh rubber, while Lance Stroll is eight with worn tyres.

If they were to finish where they start, McLaren would out-score Racing Point by 16 and take third place. How vulnerable the MCL35’s worn rubber will leave them, and what kind of progress Perez can make, will determine how this fight unfolds.

Renault are clearly in the weakest position. But Esteban Ocon is hopeful the race will come to them.

“We have a free choice of tyres tomorrow which is going to be important,” he said. “Obviously the C5 is a very soft compound, not easy to use in the race so we’ll see what we do. For the other ones that could be tough.

“Thanks to that hopefully it’s given us some options on strategy to try and come back, because we need to come back for the points in the constructors. So it’s going to be an aggressive race tomorrow.”

Will Verstappen sign off 2020 with a win – and will Albon help him deliver it? Will Hamilton find a way to take yet another victory?

And how will the fight for third in the constructors championship be decided? Share your views on the Abu Dhabi Grand Prix in the comments.