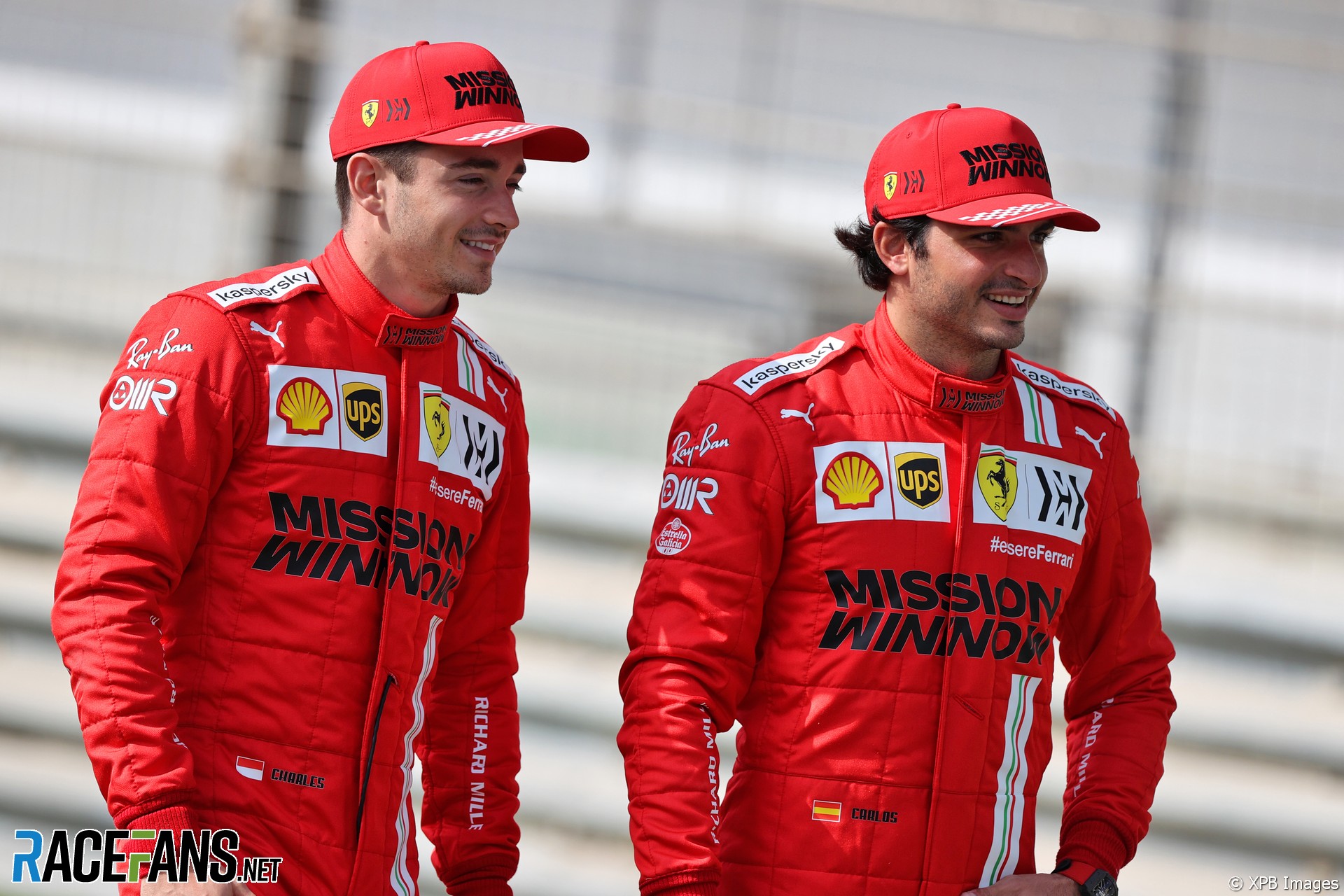 In the round-up: Charles Leclerc says he and new team mate Carlos Sainz Jnr have equal status at Ferrari.

Leclerc was asked whether Ferrari have chosen a ‘number one’ at their team this year:

Well, at the end, I’ve spent more time in Ferrari than Carlos did, so I have more experience with Ferrari. I don’t think there is a clear leader and I think Mattia made it clear.

But that’s good. I am here in Formula 1 to fight against the best. I think Carlos is extremely talented and we’ll just push each other to perform better every time we are on track. But as the team mentioned, there’s no clear number one or number two.

The layout of the Jeddah City Circuit in Saudi Arabia, which will hold the penultimate round of the world championship on December 5th, will be revealed on Thursday.https://t.co/OGJd7lhDEN #F1 #SaudiArabianGP

Tribute to Ayrton Senna.💛 Remembering one of my favorites with this helmet. Legend are never forgotten. pic.twitter.com/nAi4psRO41

BRM’s ambitious but flawed 16-cylinder P15 could run again, 70 years since its sole appearance in a Formula 1 race. Examples of the car and its fearsomely complicated V16 engine are being restored by BRM, the first example of which has been reserved by the grandson of BRM’s original owner Sir Alfred Owen.

The P15 was entered for two world championship races in 1951 at Silverstone and Monza. Reg Parnell took one to fifth place in the former, scoring two points, but none of the team’s cars took the start at the next round, following which the project was canned.

The cars are now being re-engineered and rebuilt. One engine has been tested by BRM’s technical partners Hall and Hall on a dynamometer at RAF Folkingham in Lincolnshire.

“We didn’t want to push it too hard on the dyno but even so we estimate we got about 550bhp at 10,000rpm and 2.5psi,” said chief engine technician Martin Smith. “[This] is a huge step forward as we continue to build our experience and understanding of this astonishing engine.”

The rebuilt engine last ran in 1999 when former F1 racer Jose Froilan Gonzalez “lunched” the unit by over-revving it.

"Nikita (Mazepin) progressed a lot during his second year with us. I told him a couple of times last year that he was a different driver to the one that we saw in 2019. He was consistent and he was doing well. I believe that he will be able to do well immediately in F1."

"Reverse engineered and manufactured in record time at the start of the pandemic, when both ventilators and CPAPs were in short supply, the UCL-Ventura model has now been supplied to around 130 hospitals in the UK and is in use in hospitals in at least 15 other countries."

How will Esteban Ocon fare up against Fernando Alonso?

I’m expecting Alonso to eat Ocon alive, and it’ll be a total meltdown from the word go. Ocon isn’t that kind team player, and we know Alonso is just equally fierce…

If they start battling for good points regularly, it’s going to be as interesting as Ocon’s tenure at Force India with Perez.
@Fer-no65

33 comments on “Leclerc: There is no ‘number one’ driver at Ferrari”