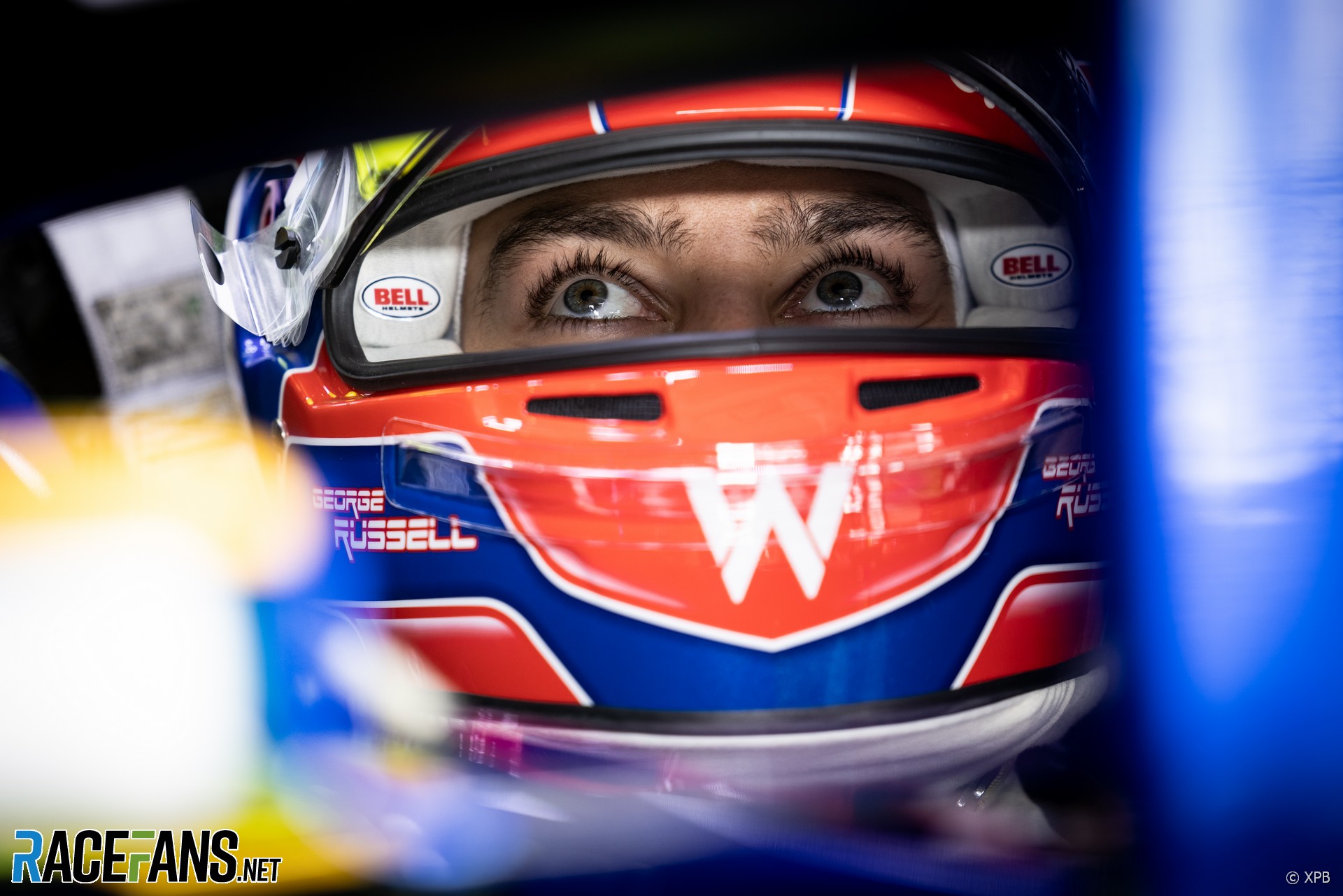 A furious George Russell asked Valtteri Bottas if he was trying to kill them both following their high-speed collision in the Emilia-Romagna Grand Prix.

But the Mercedes driver rejected Russell’s criticism of his driving, insisting the collision was “completely his fault”.

The pair collided on the approach to Tamburello, the fastest point on the circuit, causing a huge crash which put both out of the race and caused it to be red-flagged. Both drivers walked away from the collision.

Russell accused Bottas of violating a so-called gentlemen’s agreement between the drivers not to make sudden moves while being overtaken.

“I was coming up on Valtteri massively fast,” Russell explained. “I had the slipstream, I had the DRS and just as I pulled out he jolted very slightly to the right.

“Which is a tactical defence that drivers in the past used to do. There was a Verstappen manouevre in 2015 which there is a gentlemen’s agreement that that is not what you do, because it’s incredibly dangerous.

“In completely dry conditions I would have been fine but he just put me onto the wet patch and I lost it. So an unfortunate incident but we’re going at 200 miles an hour, you need to respect the speed and the conditions. One of those things.”

Russell was seen confronting Bottas immediately after the crash. “I asked him if he was trying to kill us both,” he said. “We’re going incredibly fast. We know the conditions.

“In his eyes he’s not really fighting for anything. A P9 for him is nothing but for us it’s everything. I’m going for the move. The move would have been absolutely easy. There’s absolutely no reason to jolt like that.

“There’s a gentlemen’s agreement between the drivers. We’ve always said it’s going to cause a massive collision one day and here we are.”

Russell was Bottas’ team mate for a single race last year and has been linked to his seat at Mercedes. He suggested Bottas would have behaved differently had another driver been trying to overtake him.

“We’re both grown men. We’ll have a conversation and talk about it obviously let the heat die down a bit. I’m sure he’s upset and frustrated with me as I am with him. The faintest of movements when you’re travelling at 200 miles an hour is actually quite a massive thing.

“More so it’s not just the speed, it’s the speed difference. I was probably going 30 miles an hour quicker than him and about to overtake him and perhaps if it was another driver he wouldn’t have done that.”

However Bottas insisted he bore no responsibility for the violent collision, insisting that he left the required space for the Williams at all times.

“It was quite a big one,” said Bottas. “It was quite high speed, but obviously could’ve been a lot worse. I’m okay.

“I think that lap, or just before the DRS was activated for people, I was still struggling with the warm-up of the dry tyres. George got close and he obviously went for an overtake in a place where there’s pretty much only one dry line.

“I’ve seen the replay and there was definitely space for two cars at all times, so I don’t know what he was going on about after – he was trying to say something but it was completely his fault. So quite disappointing.”

After a miserable weekend plagued by tyre warm-up problems, Bottas says he isn’t sure if he would have been able to make progress during the second half of the race had the pair not collided.

“It was very disappointing. It was a struggle, even until the crash. But obviously no one knows what could’ve still been possible. We need to take learnings from this week and move on.”