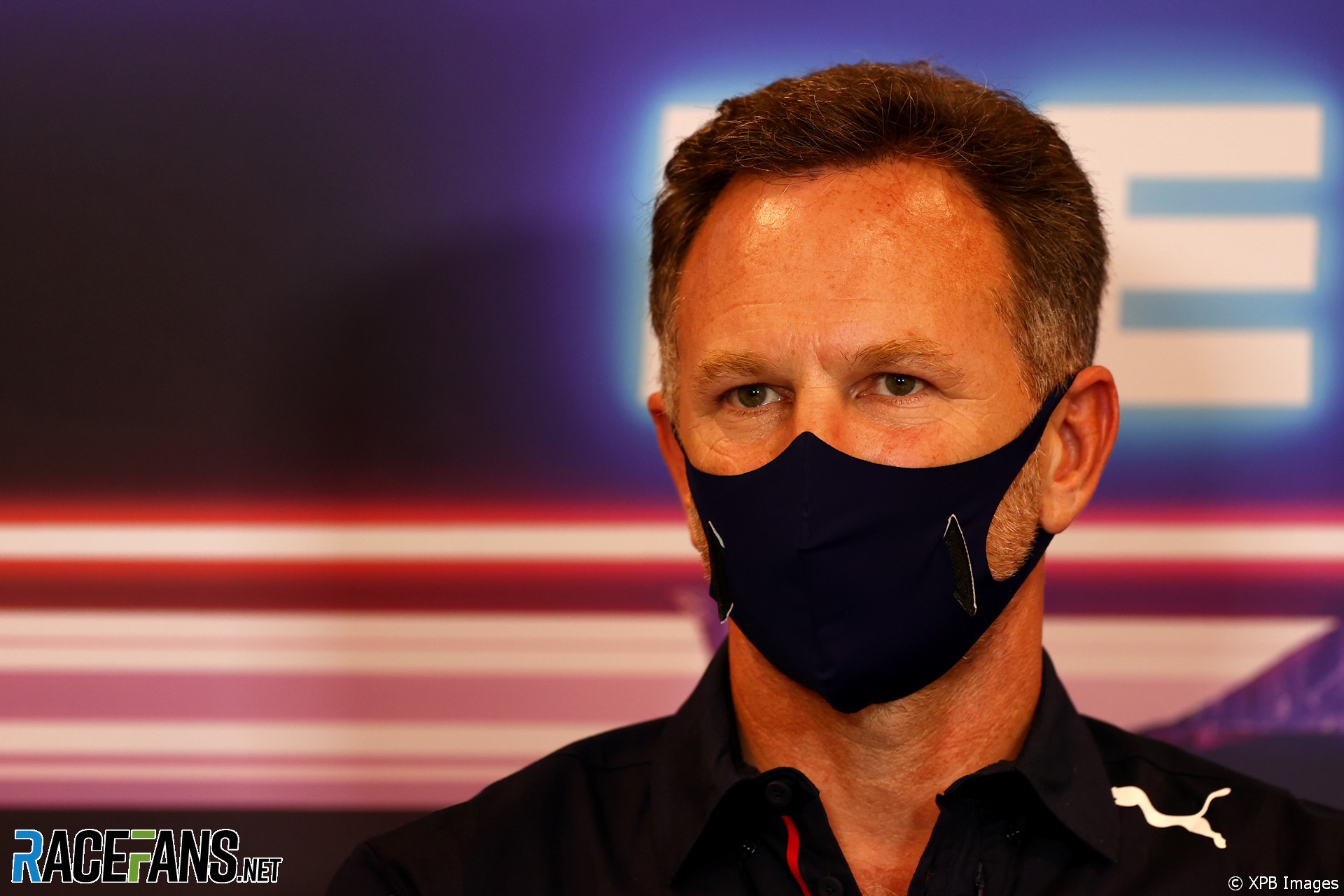 Red Bull CEO Christian Horner says his team have no concerns about any protests over the legality of their rear wing design.

The FIA will introduce new tests on rear wing stiffness following the Azerbaijan Grand Prix in response to the flexing seen on some cars, including the Red Bull, at the previous race.

Mercedes CEO Toto Wolff is unhappy with the timing of the change, and indicated they may consider a protest against the designs.

“Delaying the introduction, for whatever reason, leaves us in a legal vacuum and leaves the door open for protests,” he said. “It’s not only us, but it’s probably two other teams that are most affected, maybe more.”

Wolff warned any protest could lead to an International Court of Appeal hearing, which would leave the result in doubt for several weeks. He claimed there was enough time to introduce the new tests before the Azerbaijan race, where the flexing rear wings could offer a significant performance advantage.

“Obviously a protest could end up in the ICA and that is a messy situation. It could take weeks before we have a result. We should have not ended in this situation if we’re having four weeks until the race that is most relevant in the calendar.”

But Horner asserted his team’s rear wings are legal when asked if he was concerned about the possibility of a protest. “The car complies with the tests, it complies with the rules,” he said. “So that’s just a statement of fact.”

“The car is designed to comply with the regulations and, of course, there are tests that the FIA have to measure that,” he explained. “Our car complies with all of those tests.

“Now, occasionally the FIA will change those tests, which they have the right to do. They’ve done that and that, of course, then means that, effectively it’s a change in regulation in many respects.”