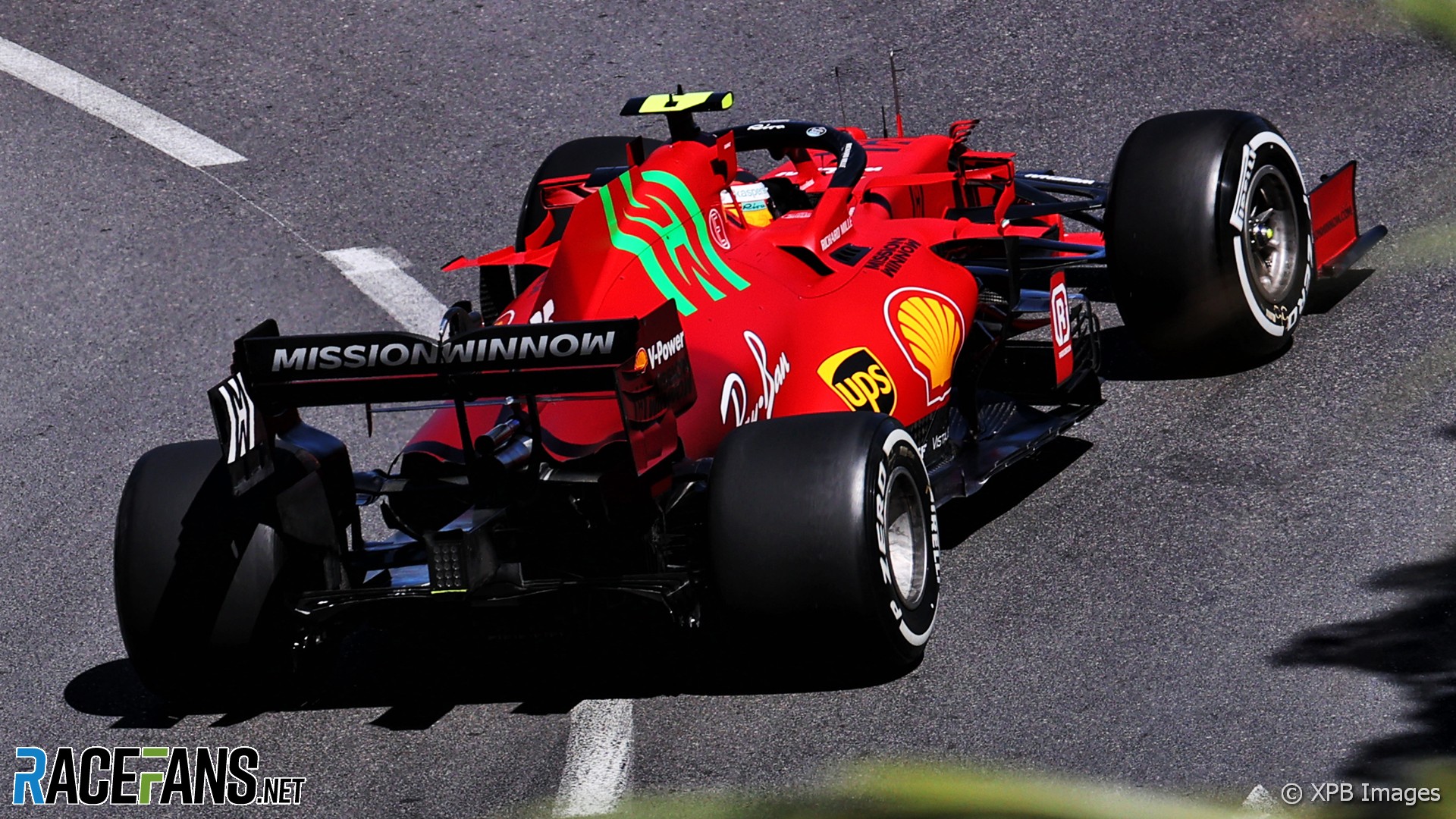 The row over Formula 1’s “bendy” wings blew up on Thursday in Monaco.

Almost every team principal weighed in on the FIA’s decision to toughen up its test to stamp out the deflection seen on Red Bull’s rear wing – and those of some other teams – at previous races.

As with any contentious development in F1, the paddock is split into ‘haves’ and ‘have-nots’. Mercedes and McLaren are foremost among the latter, but it was clear from their words yesterday both have different targets in mind and are tackling the issue in different ways.

While the matter was extensively debated in the FIA’s press conference, McLaren team principal Andreas Seidl set things in motion earlier in the day. While stressing their support for the tougher tests, he took issue with the timing of it, pointing out teams will be allowed to continue using their current designs for the next two races.

“They had the advantage already for several races, which is something we’re obviously not happy with. But now allowing them to have further advantage for some more races is clearly something we strongly disagree and we’re already in conversation with FIA,” he said.

McLaren is surely less concerned about the television pictures of Red Bull’s wing deforming at speed than Ferrari’s rear wing apparently doing the same. McLaren and Ferrari are locked in a tight battle for third in the constructors championship.

Ferrari team principal Mattia Binotto admitted yesterday they will have to make changes to their cars as a result of the new test. Naturally, he sought to downplay its potential consequences.

“We will need to slightly adapt,” he said, “but I don’t think it’s impacting Ferrari much. Certainly on the lap time from what we’ve seen, very, very little.

“There are some redesigns just needed which need to be carried over somehow to comply fully to the technical directive. Again, I think that, as Ferrari, it’s not impacting us much but still, a redesign is required.”

At a maximum-downforce track like Monaco, a rear wing which flexes slightly at top speed to reduce drag will be of minimal benefit. It is not the reason Ferrari ended yesterday first and second on the timing screens.

But McLaren are likely far more concerned about its potential value at the next venue on the calendar, Baku City Circuit, which features several long straights and the second-highest top speed of the year.

While McLaren has downplayed the possibility it might protest Ferrari’s rear wing, the potential they might is there. And both teams know it: Last year the two served notice of an intention to appeal a penalty handed down to Racing Point.

McLaren may be hoping the threat of a penalty dissuades Ferrari from running the same rear wings at Baku for fear of being protested. Similar scenarios have happened before: In 2018 Mercedes stopped using a controversial new rear wheel design following rumblings of discontent and insinuations of illegality from rivals.

Seidl made his case clear: McLaren’s rear wing is legal under the current and future tests, and just because a tougher test is being introduced does not mean wings that pass the current test conform to the regulations.

“We don’t have to change anything on the car. Our car was compliant with the regulations for the first races, it’s compliant now and I just want to make it clear as well that the technical directive is not a new regulation, it’s just an additional or different test, but the basic regulation, especially article 3.8, which is the key one, doesn’t change.”

While McLaren have Ferrari in their crosshairs, Mercedes is naturally preoccupied with its rival for the championships, Red Bull. But their approach is different, and is more a matter of ‘If you can’t beat ’em, join ’em’.

“We have been left in a limbo since a long time,” he said. “We have flagged the flexible rear wing situation last summer, without having received any feedback.

“I understand some of the teams’ frustration when, making the concept of this year’s car, that this was an area that should have been tackled much earlier.”

Wolff indicated the team intends to produce a ‘softer’ rear wing – i.e. one which flexes more. “We will need to modify our wing,” he said. “We need to soften it.

“Our wing is extremely rigid, complying to the famous article 3.8 that it must remain immobile. The new test that has been introduced is a half-baked solution which is giving us opportunity and the whole thing can soften and can bend more in the future.”

Whether they intend to use this only as a one-off in Baku before the revised test comes into force, or expect they will be able to continue using it after the new rule comes in, Mercedes clearly consider this enough of an opportunity that they are prepared to commit resources to it. That is striking given the tight financial limits they are operating within, which just yesterday led them to confirm they are pulling out of a planned test next week.

Red Bull CEO Christian Horner, whose team will have to revise its rear wing to comply with the rules, put a value on the cost of redesigning a rear wing within a month.

“The impact of something like this is probably about half a million dollars,” he said. “That will prevent something else from happening, so that’s the juggling act that we’re now having to make with the budget cap and financial regs.”

While Mercedes and McLaren seek to turn the row to their advantage, the consequences will be felt throughout the grid. “It’s not just Ferrari and Red Bull that are affected,” said Horner. “I think Sauber [Alfa Romeo] are quite badly affected by this as well.

“But that’s Formula 1. That’s what happens when technical directives get issued that change things like the tests that the rear wings are subjected to.”