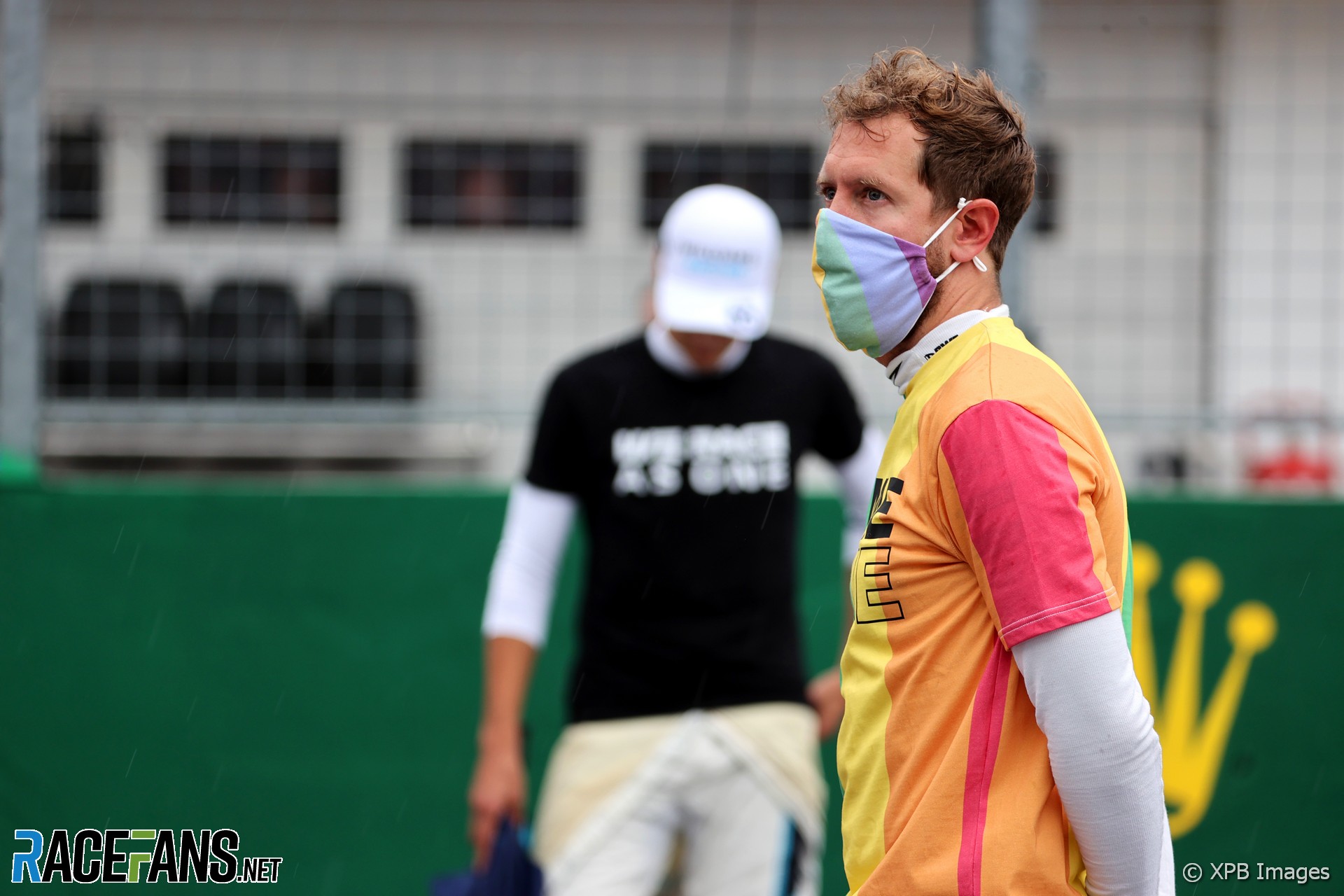 Sebastian Vettel and three other drivers have been given reprimands for failing to remove their T-shirts before the national anthem ceremony at the Hungarian Grand Prix.

The Aston Martin driver wore a T-shirt in support of LGBTQ+ rights during the pre-race WeRaceAsOne observance. Under F1’s rule drivers are required to remove any T-shirts and stand for the national anthem in their race overalls.

However Vettel neglected to remove his T-shirt before the anthem. Three other drivers – Carlos Sainz Jnr, Valtteri Bottas and Lance Stroll – did the same.

In the cases of all four the stewards noted: “The driver explained that he forgot to take off the WRAO t-shirt in time during the national anthem because of the onset of rain.”

Lewis Hamilton, who like Vettel criticised recent legislation introduced by the Hungarian government restricting education on gay issues, said it was “wonderful” his rival had taken a stance on the issue.

“I spoke about it at the beginning of the weekend and I think it was important for him to do so.

“We have to make a stance, we’re pushing diversity, inclusivity and that community, one hundred percent is included in that. So I’m proud of him for it.”