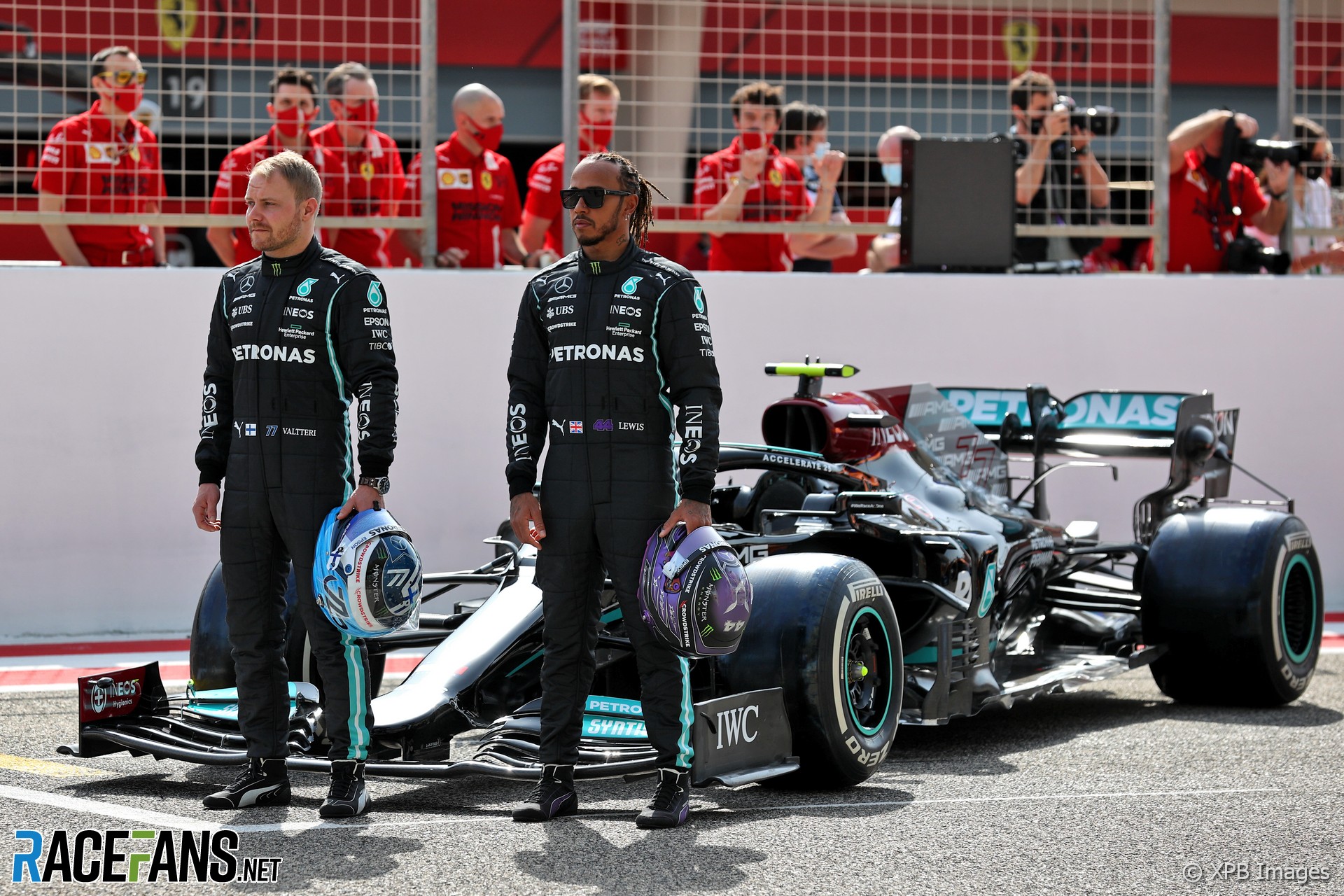 Mercedes team principal Toto Wolff said he will make a decision on his driver line-up for the 2021 F1 season during the summer. With the mid-season break now upon us, has Valtteri Bottas done enough to deserve another year at the team?

Questions over whether Bottas was the right man driver for the job of partnering Lewis Hamilton grew louder following last year’s Sakhir Grand Prix. George Russell’s instantly competitive performance in a one-off appearance in place of Hamilton, leading Bottas for much of the race, cast the driver who’s been at the team for four years in a negative light.

Bottas therefore went into his fifth season as a Mercedes driver needing to justify his position in the team. A haul of 105 points by the summer break, 85 shy of Hamilton, is respectable, but is this level of performance still good enough for Mercedes?

Though Bottas has taken more than one-third of Mercedes’ points, he stacks up less well on other metrics. From the 11 races so far he’s out-qualified Hamilton just three times and beaten him to the only just twice.

Those two occasions demonstrate the sometimes wide differences in performance between the two. Bottas was conclusively quicker than Hamilton in Monaco, yet in Baku two weeks later the picture was very different. While Hamilton took the fight to the Red Bull drivers, Bottas was mired in the midfield. Only Hamilton’s late restart slip-up meant he came in behind his team mate.

This wasn’t the only weekend where Bottas wasn’t just behind Hamilton, but a long way back. At Imola he was on the point of being lapped when he was involved in a monumental crash involving the driver widely tipped to replace him.

At this point in his Mercedes career Bottas is very much a known quantity to the team. His performances alongside Hamilton are wholly respectable given his team mate’s record-breaking form. But over the first half of 2021 there’s been little sign he’s made substantial gains on his team mate compared to previous seasons. Mercedes may well feel the time is right for a change.

Times based on the last qualifying round at each race weekend in which both drivers set a time. Negative indicates Lewis Hamilton was faster, positive means Valtteri Bottas was faster