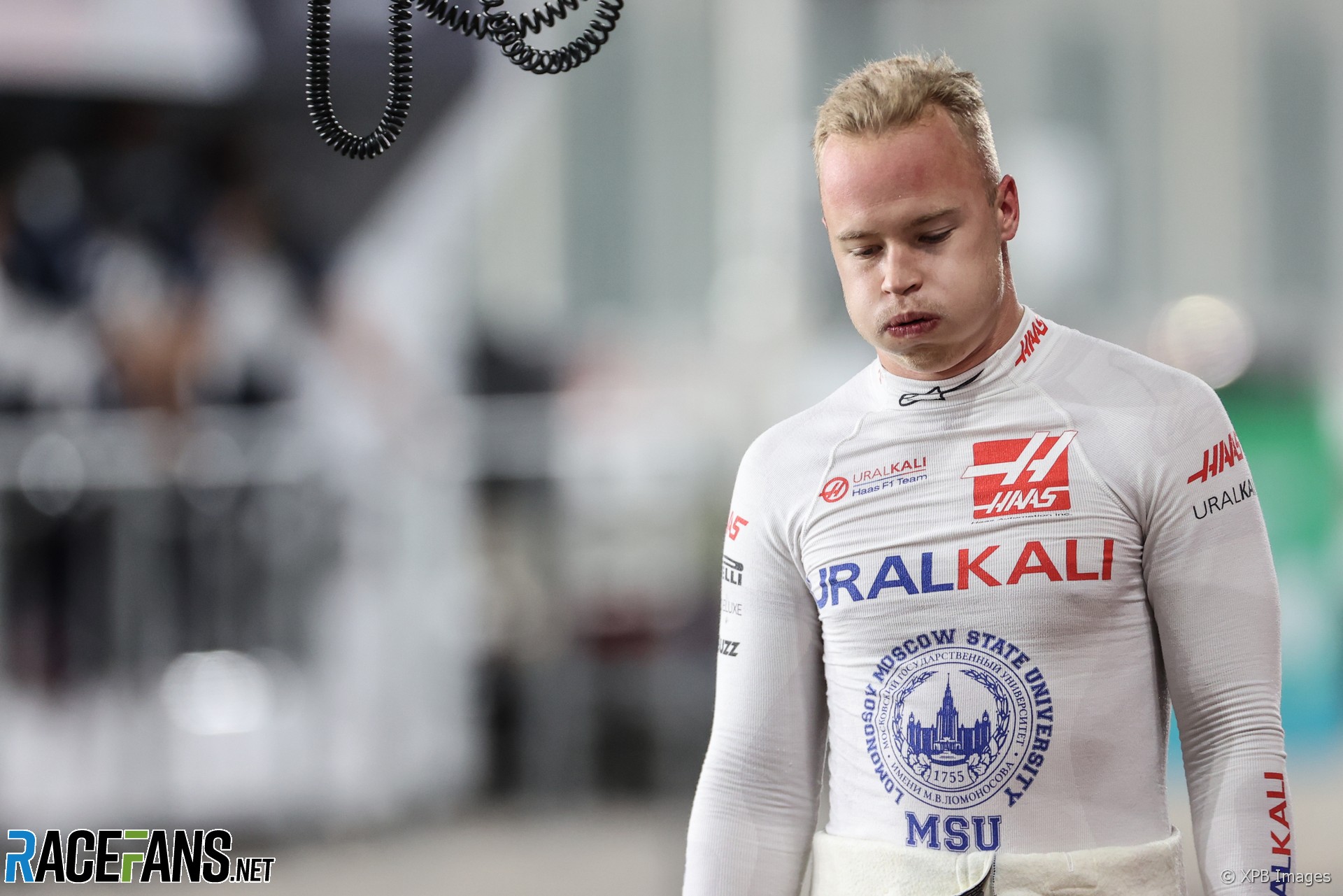 Nikita Mazepin has lost his race seat at Haas and with it his place on the Formula 1 grid for 2022, the team have confirmed.

The Russian driver, who was due to compete alongside Mick Schumacher for a second season with Haas this year, has been dropped by the team following a series of events prompted by the Russian invasion of Ukraine.

In a statement issued today the team said: “Haas F1 Team has elected to terminate, with immediate efffect, the title partnership of Uralkali and the driver contract of Nikita Mazepin. As with the rest of the Formula 1 community, the team is shocked and saddened by the invasion of Ukraine and wishes for a swift and peaceful end to the conflict.”

Mazepin joined Haas for the 2021 season when his father’s company Uralkali, a fertiliser producer, became title sponsor of the team. The team has yet to confirm which driver will replace Mazepin, however, said that an announcement could be expected “early next week”

Russian president Vladimir Putin’s decision to invade Ukraine prompted worldwide condemnation, resulting in a series of sanctions placed on the Russian economy by the United States, United Kingdom and European Union, among others. The FIA have announced that no international motorsport events will take place in Russia, while the UK, Swedish and Finnish national motorsport bodies have all banned Russian competition license holders from racing in their nations.

This year’s Russian Grand Prix was cancelled in response to the invasion. Formula 1 subsequently terminated its contract with the race’s promoters on Thursday, meaning that no further world championship grands prix will be held in the nation.

After the invasion was launched during the morning of the second day of pre-season testing for the 2022 season in Barcelona, Haas removed the logos of their title sponsor from their cars and team property. The colours of the Russian flag were also stripped from the livery of the new Haas VF-22.

Team principal Guenther Steiner said that Haas had no other option but to replace Mazepin in the team following the heavy sanctions and restrictions placed on Russian companies and athletes as a result of the war in Ukraine.

Mazepin failed to score a points finish during his rookie season in Formula 1 as Haas finished last in the constructors’ championship with no points after opting to do no development work on their VF-21 to prioritise their car for 2022’s radical new regulations. The Russian driver ended his season in 21st and last place in the drivers’ championship.