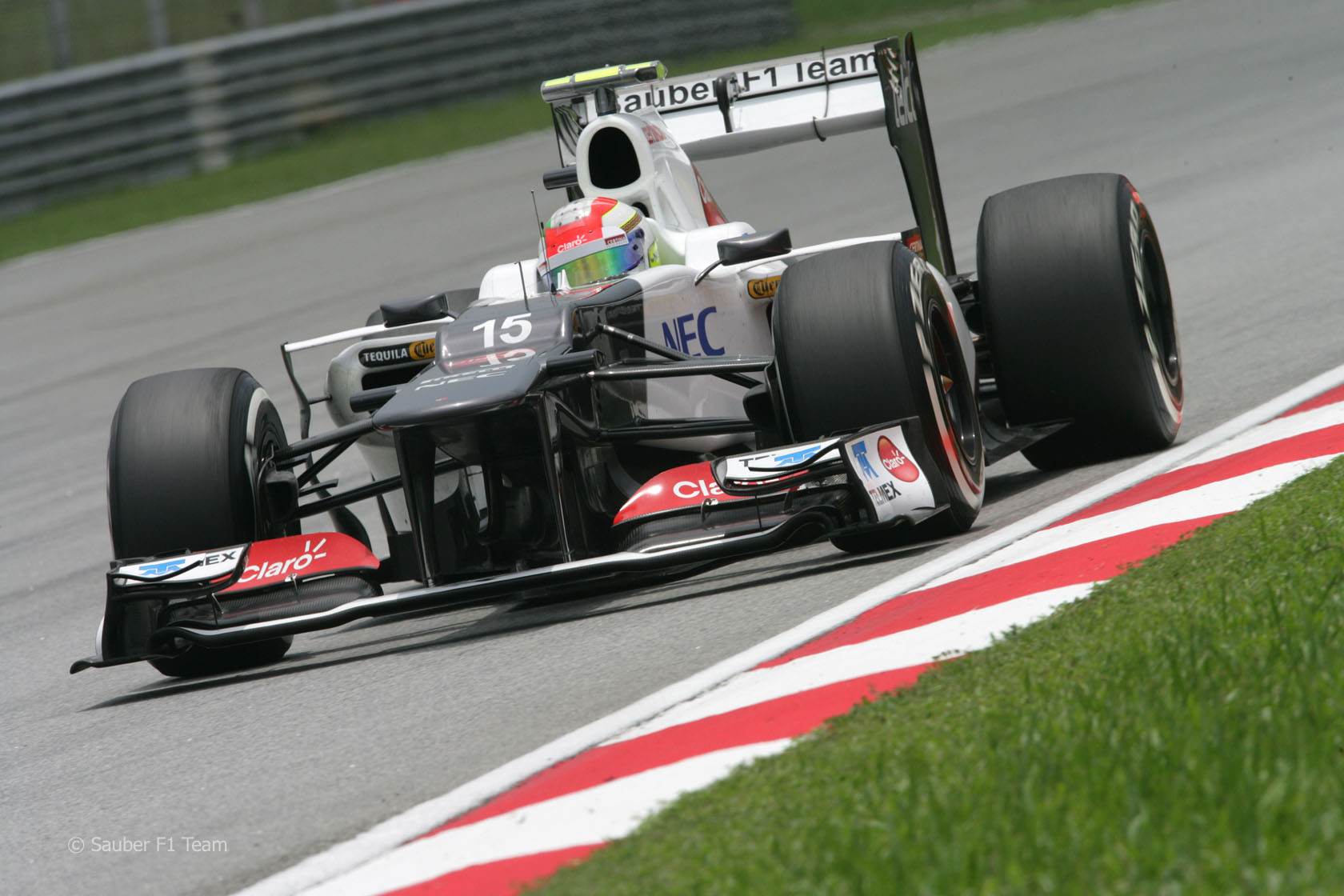 But Sauber’s late instruction to their driver, as he caught Fernando Alonso, telling him to ensure they finished second, aroused suspicion.

On the face of it Sauber may have been prudent to tell Perez not to risk throwing away 18 points for second place.

But the nagging question remains: Why did they wait until he’d caught Alonso before telling him to back off?

If Sauber were happy to settle for second, why did they not instruct him earlier to look after the gap to Lewis Hamilton – who he was comfortably ahead of – and not go chasing after the Ferrari?

It’s doubtful whether Perez paid any heed to the message. He made an error at turn 13 while pushing to pass the Ferrari shortly afterwards and admitted, “the win was possible”.

There are obvious links between the two teams. Sauber are Ferrari engine customers and Perez is a member of Ferrari’s driver development programme. He has been tipped to take Felipe Massa’s place at the team.

Ferrari have allegedly used Sauber to interfere in races in the past. Former Sauber driver Norberto Fontana has said he was told by Ferrari team principal Jean Todt to assist Michael Schumacher during the 1997 European Grand Prix, when Schumacher was racing Jacques Villeneuve for the world championship.

Whatever happened today, it shouldn’t detract from a marvellous performance by both drivers. Nor is it realistic to suggest Perez’s late mistake at turn 13 was him ‘throwing’ the race – when the less risky option of simply backing off was available to him.

Was the radio message another example of Ferrari leaning on Sauber to get a better result in a race?

Or was this Sauber racing conservatively and settling for their first podium finish as an independent team since Heinz-Harald Frentzen finished third at Indianapolis in 2003?

Was Perez's radio message a team order to help Ferrari?

174 comments on “Was Sauber’s radio message to Perez a team order to help Ferrari?”