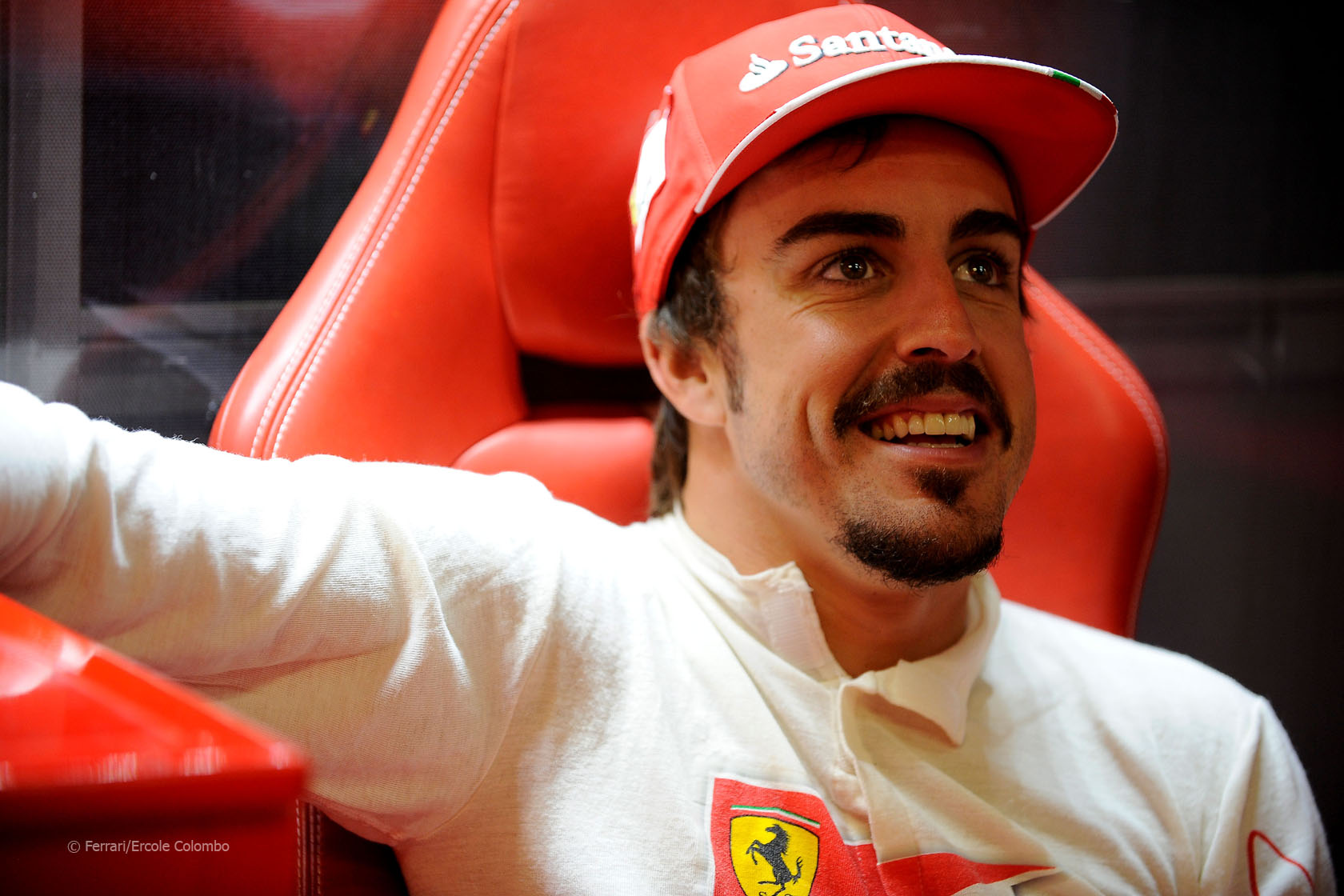 ‘Alonso will not swap Ferrari for Red Bull’ (The Telegraph)

“Alonso has never said he wants to leave. Ferrari-Alonso remains a winning pairing.”

“After our performance in the last few races, I honestly believe my first win is now just around the corner.”

“Then a lot will depend on the choice of compounds for the races at the end of the season. It is something we need to analyse carefully ?óÔéĽÔÇŁ as it seems Mercedes has solved the issue that it was suffering massively in the races.”

“Hamilton’s touching confession and the feverish speculation over McIlroy’s slump remind us once again that we are doomed to look on as sport becomes less and less distinguishable from soap opera, feeding the hunger for the noisy headlines and glamorous images that keep the revenue streams flowing for all concerned.”

Kimi Raikkonen, a man on a mission in Monaco (MTV3)

Jacky Eeckelaert, Raikkonen’s race engineer at Sauber in 2001: “I told Kimi that changing it takes a lot of time, but what I proposed was just to get back in the car. I disconnected the traction control system and then he could do another 40 laps till the end of the race, just gaining experience for next year.”

“I thought his philosophy of spending hours to set the car up and make it as driveable and comfortable as possible to go fast in the race was brilliant. Yes, it?óÔéĽÔäós easy to get excited by qualifying and I must admit I love nothing better than a low fuel, new tyre qualifying run, but the reality is you only get points on a Sunday. Alain?óÔéĽÔäós ability to put aside qualifying glory and consciously work on the long-term game seems so logical to me.”

@WilliamsF1Team already done! We had two stops at 2.9 in the last race, beating the all time Williams pit stop record! #onwardsandupwards

Jon Sandor finds the lacks of radio messages involving one of the sport’s top drivers during races curious:

Really, have Ferrari got some private deal with the FOM to not publish Alonso?óÔéĽÔäós radio messages? It?óÔéĽÔäós beyond peculiar how in race after race we see absolutely nothing between him and his engineer.
Jon Sandor (@Jonsan)

Juan Pablo Montoya dominated the German Grand Prix at a sweltering Hockenheimring ten years ago today. He won by over a minute from David Coulthard, who passed Jarno Trulli late on.

At the start of the race Kimi Raikkonen crashed out following a collision with Rubens Barrichello and Ralf Schumacher:

76 comments on “Alonso not tempted to join Red Bull – Briatore”