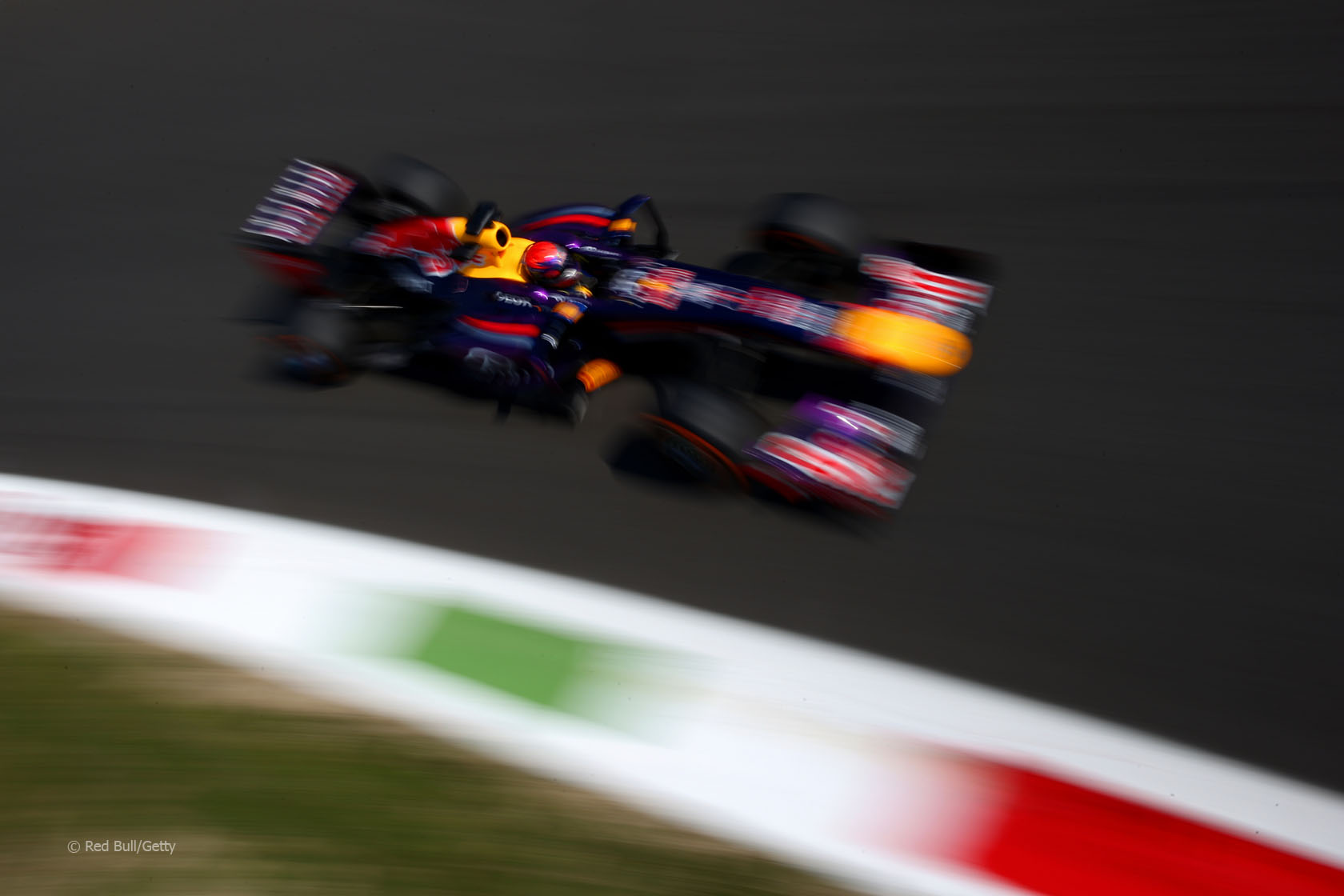 Red Bull were comfortably quickest in the second practice session at Monza. However team principal Christian Horner isn’t taking anything for granted.

Sebastian Vettel headed the Friday ties by over six-tenths of a second but Horner pointed out the Italian Grand Prix hasn’t been their strongest event in recent years:

“Monza traditionally, bar 2011, has been a difficult hunting ground for us,” he said, “it’s exposed some of our weaknesses in previous years.”

“But we’re going to do the best that we can and for sure we know that Ferrari will be quick here, we know Mercedes will be certainly quick and McLaren aren’t too far away either this weekend.

“So I think it’s set to be a very competitive grand prix. We’ve seen so many times that Friday means very little so hopefully we can be on the podium here, that would be a strong result for us here.”

As we’ve become used to seeing in recent seasons, the RB9s are propping up the table in terms of straight-line speed. That could be a problem for them on Sunday if they are out-qualified by a Mercedes or two. As always, the sheer downforce of the RB9 more than makes up in the corners what it loses at the end of the straights. Lotus led the charge against Red Bull and their drivers posted identical times in differently-configured cars. Kimi Raikkonen was using a version of the E21 with a longer wheelbase, and commented it “doesn?óÔéĽÔäót feel much different to me”.

The team have indicated the car won’t reappear this weekend. It’s possible that was their intention all along, and the car’s real purpose was an evaluation with next year’s chassis in mind. Or they may have taken note of Romain Grosjean’s faster sector times in the normal car (see below) and concluded the longer version didn’t offer a sufficient step forward.

Felipe Massa warned the Ferrari faithful that it “won?óÔéĽÔäót be an easy weekend” for them at home. “Our main rivals have set great lap times on both compounds and in race trim.”

As is always the case at Monza tyre degradation is low. Pirelli motor sport director Paul Hembery’s prediction that most drivers will prefer a two-stop strategy “with some cars perhaps trying a one-stopper” may prove to be an overestimation. Given how long some drivers were able to make their tyres last I suspect we’ll see most drivers one-stopping, as was the case last year.

One driver who was especially satisfied with his car’s pace over a race stint was Valtteri Bottas. “The positive thing today was the long run as we were competitive compared to Toro Rosso and Sauber,” he said, “and I think we can really challenge them in the race this weekend.”

Here’s all the data from practice for the Italian Grand Prix: