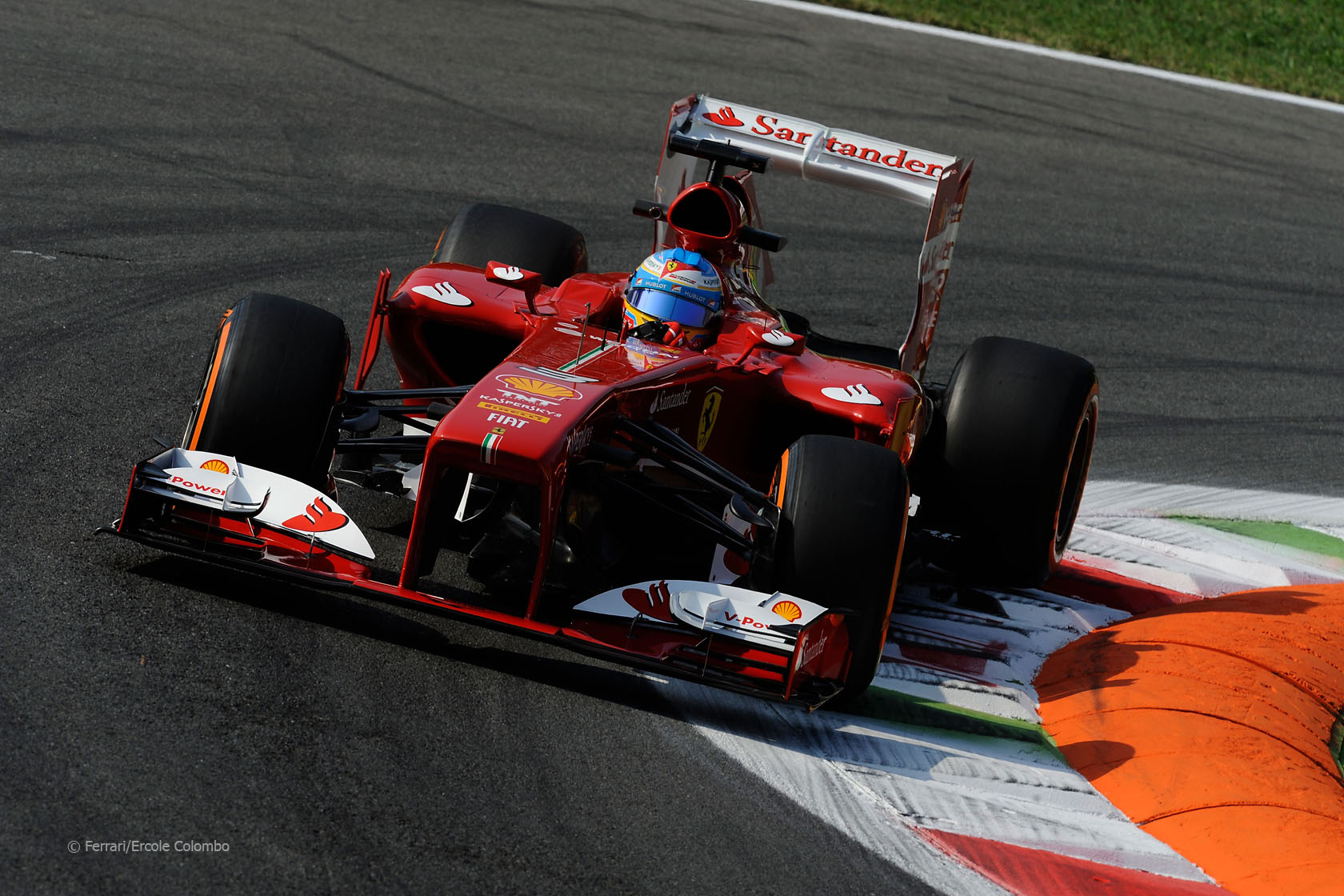 Fernando Alonso denied Ferrari’s tactics to have team mate Felipe Massa give him a slipstream during qualifying for the Italian Grand Prix had failed despite criticising his team during the session.

Alonso complained twice during Q3 as he struggled to stay within range of Massa. During his last run Alonso said “Felipe’s too far” as he ran behind his team mate. However after qualifying Alonso said the team’s tactics had been “perfect”.

“We planned to have a him a little bit in the front and he was helping me on the straight. In the end Ricciardo was in the middle of us but then Ricciardo let me by, Felipe wait me a little bit for the last corner so it was perfect. This extra tenth or something was thanks to him.”

Alonso qualified fifth, one hundredth of a second behind Massa. Ferrari president Luca di Montemolo was in the team’s garage to watch their qualifying performance at their home race.

Technical director Pat Fry also claimed the tactics had worked: “In reality, in terms of those positions, we picked up a tow so that part of it worked,” he said.

“Now we’ve got to keep on, we obviously have to build a quicker car still, don’t we?”

“Asked why Alonso had complained Massa was too far ahead Fry said: “No, I think it was the right gap to be honest. Three seconds back is good position to be in.”

Shortly after qualifying Alonso took to Twitter to reiterate his satisfaction with the result: “A good [qualifying] finally after the last Saturdays so so… Tomorrow we must try to be close to Red Bull in first part of the race!”