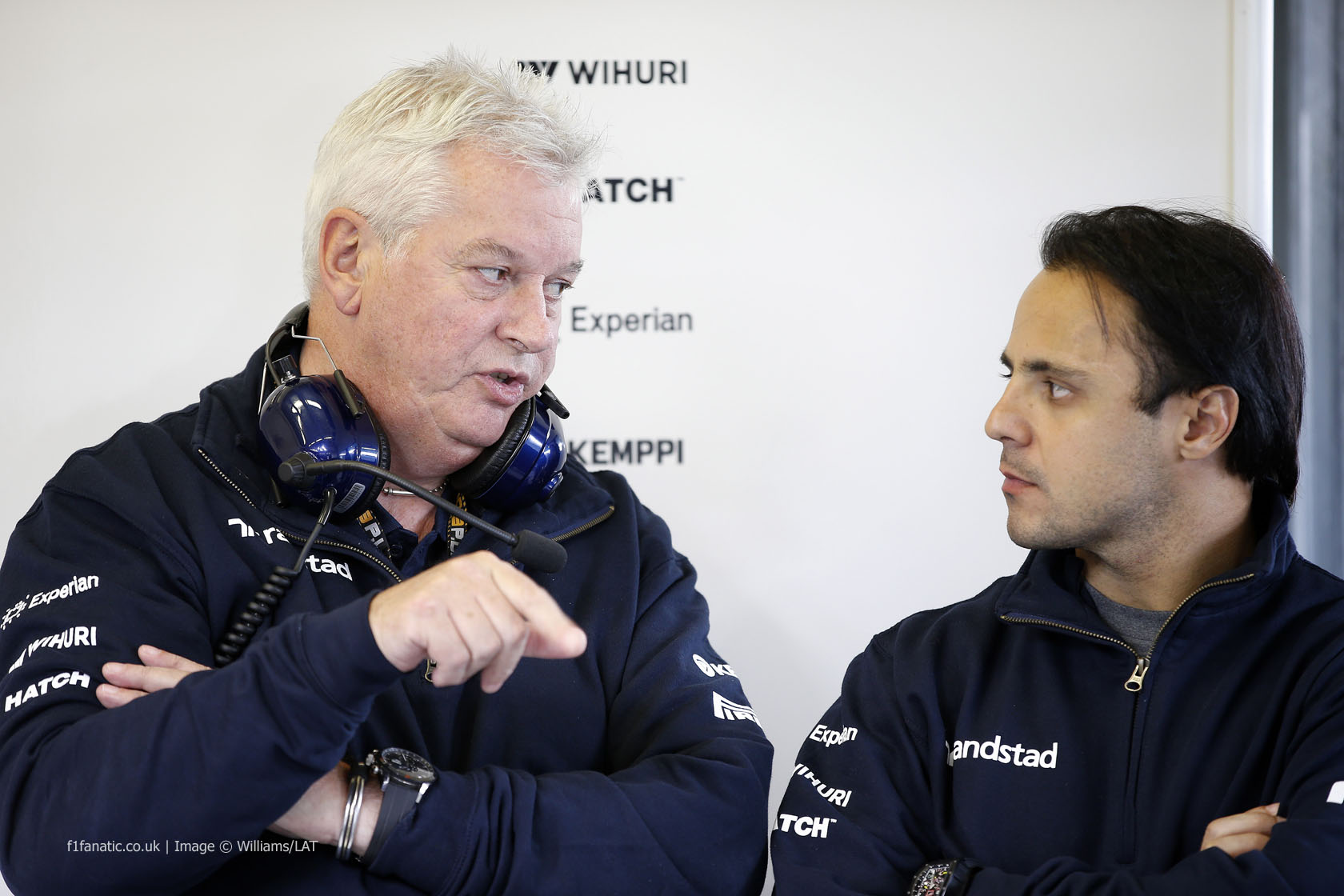 After almost a decade in red it’s a new look for Felipe Massa this year as he switches to the deep blue tones of Williams.

For the first time ever in his F1 career he is being powered by a motor other than a Ferrari, and he has a new chief technical officer in Pat Symonds.

What did the pair have to say to each other after teaming up at Williams for the first time? That’s for you to decide in our latest Caption Competition.

Post your funniest suggestion below and a selection of the best will appear in the next F1 Fanatic round-up.