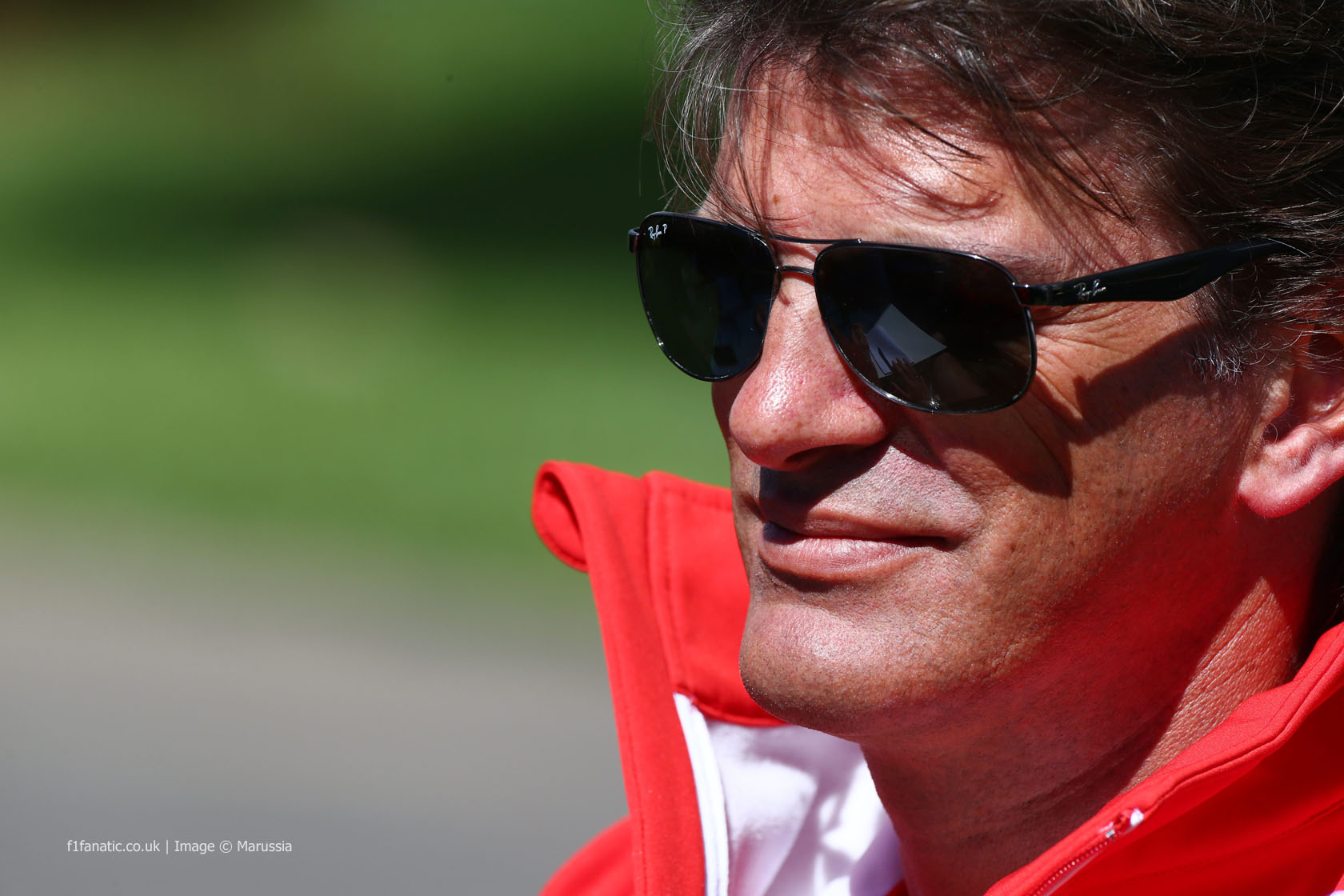 The FIA’s pan to introduce a cost cap in Formula One next year is realistic and can be made to work, says Marussia’s sporting director Graeme Lowden.

Earlier this month McLaren Group CEO Ron Dennis said the FIA’s plan for a “global cost cap” to come into force next year was “pie in the sky”.

However Lowden said the fact other sports have similar rules shows such a plan could work in F1.

“I think one of the key things that we can learn from other sports is that it is entirely possible to do this,” he said. “I think that’s something that’s really important.”

“You still hear people say that it might be difficult or it might even be impossible to do it. Personally I think that’s nonsense.

“Formula One has introduced the biggest technical change that we’ve seen certainly in my generation and it’s been done successfully. And most other global sports have introduced, for the better of the sport, financial mechanisms which do work to greater or lesser extent.

“And therefore I think one of the things that I’d been really keen to see emphasised is that these mechanisms do work, they can be done, and it’s certainly not impossible.”

Lowden said “progress is being made” on the regulations, which the FIA wants to complete by June. “I think it’s difficult to say where it’s on target, behind or ahead because there’s no real blueprint for this at all.”

Sauber team principal Monisha Kaltenborn agreed there has been progress on the plan.

“We are working on papers and I think it’s more than just an intention of the FIA to do this,” she said. “The teams got together with the other stakeholders and there was an a agreement amongst everyone that we have to do something here.”

“We looked at different ways to do it so I think that’s already a big step in itself and we are making progress so I’m confident that sticking to that agreement amongst everyone we will have some cost control next year.”