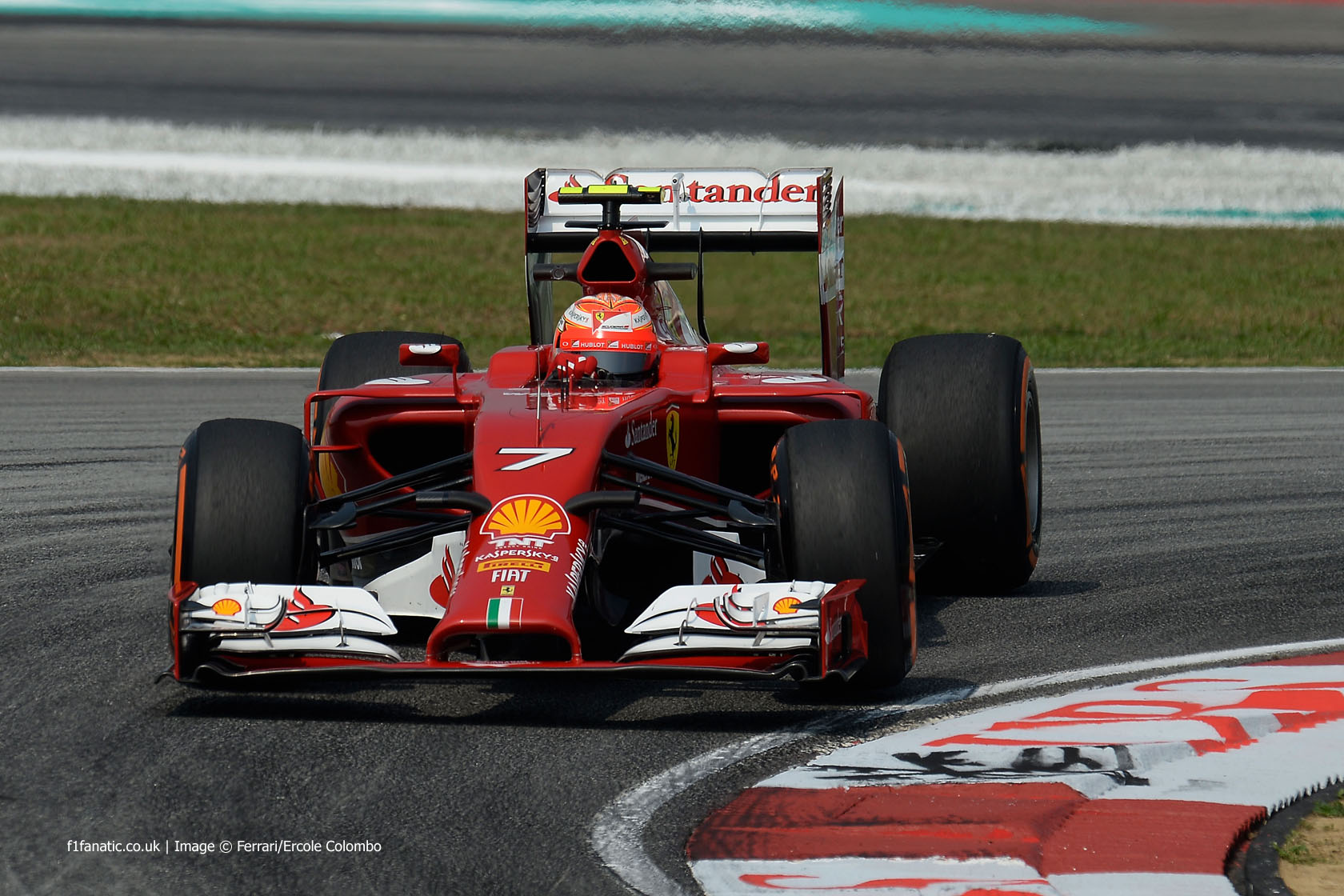 “Kimi is working extremely well with the team, collaborating with the engineers, helping us to drive this car forwards. He has class written all over him and in a very short space of time, I’m sure we will also see the results of that on the track.”

“It is our responsibility to obey [team orders], unless it’s completely out of order and then we can obviously try and put up a fight and give our reasons.”

“Ross Brawn has played down the significance of a visit to the Ferrari factory in Maranello on Monday.”

“The Red Bull Formula One team’s hopes of launching a serious challenge on Mercedes from the Spanish Grand Prix have received a boost, with engine supplier Renault expecting ‘promising’ progress.”

“Mr Stepney, who enjoyed a lengthy F1 career and helped guide Michael Schumacher to five world championships, was hit by [a heavy goods vehicle] after getting out of a van on the hard shoulder of the London-bound carriageway between junctions ten and nine.”

“Canadian motorsport legend Al Pease died Sunday in Tennessee, where he lived for many years.”

“But if the powers-that-be at Indianapolis are going to find a long-term solution to IndyCar racing’s malaise it surely lays in re-creating a modern version of the spirited competition among multiple car builders and radical new thinkers that drove the 500 for more than 90 years. In my opinion, they’re deluding themselves if they believe anything less will do the job.”

“Join us for a special “Question Time with Motorsport Greats” featuring panellists from the pinnacle of motorport at our Fortis Green showrooms at 7.30 pm on the 4th of June.” NASCAR champion Kurt Busch during the Rookie Orientation Programme for the Indianapolis 500 on Monday. Busch will attempt to complete the race and the 600-mile NASCAR race at Charlotte on the same day at the end of the month.

Pastor addresses the audience (who thought they were only there for a conference…) http://t.co/CwvQx8lvOj

Dickie Stanford, who's been with Williams since 1985 and stood down as team manager earlier this year, will now run their heritage division.

Just realized GP2 race 2 in Monaco is Saturday meaning I could get back to Indy Saturday night. What about that #double? Hah #dreamon

I was never really interested in motorsports on television, but loved racing games. I remember in 2008 I was playing the F1 game on the PlayStation 3 and got more into it. It was Spa 2008 that made me feel in love with the sport. I was just searching the TV for something to watch and I stopped at F1. The race entertained me, and I’ve missed only two races since.

The thing is, I watched it accidentally, I wasn’t planning to. It was just because nothing else was on. Today, you are unable to get into the sport without a subscription, so no new crowd will be reached. And I think that’s what F1 needs, a new crowd.

But no one buys a subscription for something they might be interested in. And since it’s impossible to find any footage on YouTube too, you won’t reach anyone but people who are fans of the sport already. And that group of fans is sinking, at least I get the impression it is. They are killing the sport by making it too inaccessible.
Spafrancorchamps

The funeral of Roland Ratzenberger was held on this day in 1994, two days after Ayrton Senna’s. Among those to attend were Gerhard Berger and Johnny Herbert, both of which had also attended Senna’s funeral, and FIA president Max Mosley.